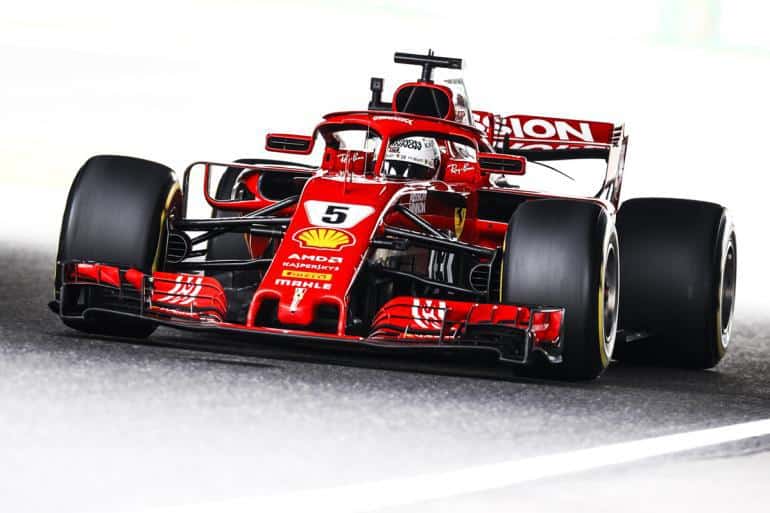 For the second year in a row, the Formula 1 World Drivers Championship has slipped through the grasp of Sebastian Vettel and Ferrari. In 2017, one could make the argument that Mercedes was altogether a faster car. Ferrari also didn’t give Vettel a clean shot with a seriously uncompetitive car at Monza, the car broke down in Malaysia during qualifying forcing Seb to start last, and then the car lost power on the first lap at Suzuka. With Lewis Hamilton winning all of those races besides Malaysia, including Singapore, a race that Vettel was involved in a crash that he could have avoided, Vettel had no true chance to take the title from Hamilton during the last leg of the season.

The 2018 season was a different year though, Ferrari were equal to Mercedes all season long, and Vettel was dominating in China before he was taken out by Max Verstappen. He had a shot for the lead in Baku but overdrove turn one trying to overtake Valtteri Bottas. Seb led every lap in Canada and won, and also capitalized on Hamilton being spun to take the win at Silverstone. There were talks that Ferrari had the fastest engine in the paddock for the first time in the hybrid era. But then, as it has been talked about so much throughout the F1 world, he took himself out of the lead in Germany.

At the next race, Vettel made contact with Hamilton on lap one in Monza — yes you can make the argument that Ferrari screwed Vettel by letting Kimi Raikkonen get the draft from the front car in qualifying and maybe that would have never happened. However, if Vettel could keep the car straight, he could have beaten Hamilton in a straight fight with an engine that was faster! Instead, Ferrari’s hopes were on an over-the-hill Kimi Raikkonen who could not manage his tires, soon there after gifting Hamilton the win at Monza. Strategy did hurt Vettel in Singapore, but he wasn’t going to beat Hamilton on that day. Yes the strategy got him again in qualifying in Japan when they went on to a dry track with wet tires, but Vettel was in podium position before halfway through the first stint, the pressure got to him and he dive bombed Verstappen just like Max did in China and ruined his race with a spin, then he spun again in Austin! It was clear that Sebastian Vettel was putting worlds of pressure on himself and did not overcome it only to wash away his chances at a fifth title, or even a fighting chance come Abu Dhabi. 2018 will go down as a championship that Vettel lost more so than Hamilton won in my eyes.

All of that re-telling a story that has been told for weeks and weeks brings me to my point, 2018 was the last true chance for Sebastian Vettel to win the title. 2019 is going to be a different year because of one main factor, Charles Leclerc. For the past four seasons, Ferrari prioritized Sebastian Vettel over Kimi Raikkonen, plain and simple, look at Germany when Raikkonen was told to move over for Seb. If Vettel didn’t spin in Monza, there could’ve been a switch there. Raikkonen was the second driver all the way from lights out in Australia 2015.

Now 2019 could be a bit of the same, it’ll depend on how Leclerc starts the season. It would make sense that Ferrari adopt the Mercedes mentality of letting them battle it out until halfway in the season and then chose one *cough Bottas, always cough* to be the wingman. But has Ferrari ever let the drivers battle it out? If Leclerc shows more pace than Sebastian, and God-forbid they tell Vettel to move over for Leclerc in a race where Leclerc can take the fight to Hamilton, at say, Austria… Boom, Vettel’s head will be out of it, he’ll lose points to Leclerc and Hamilton will run away with a sixth title. Or, maybe we see some more of the 2018 spins from Vettel when he puts too much pressure on himself to battle Leclerc and takes points from himself. Then we come to Spa 2019 and Leclerc is higher in points, maybe even fighting for the title himself. What happens then? You know what happens, Sebastian Vettel will become Ferrari’s number two driver.

We saw Vettel lose interest in 2014, when Daniel Ricciardo burst onto the scene and Sebastian was told to move over for Ricciardo two races in a row. While Mercedes was a in a class of their own, Red Bull was still a race-winning car. Vettel lost control around the fast left-hander at Spa and Ricciardo got past him to eventually win the race. Vettel gave up on the season once he realized he was the number two driver, and Ricciardo beat him in points. Yes, the passion to wasn’t as there as he had his eyes on the Ferrari seat, but instead of losing interest, he’ll put more pressure on himself and become increasingly frustrated.

If we see events like Austria 2002 (a bit dramatic on my part to bring this up but you get my point), Germany 2010, we may more of the 2016 Vettel who screams on the radio, or even worse, bleeds drama into the media. In my opinion, Sebastian Vettel is not mentally strong enough to perform to his expectations. He has conjured up his dream of winning a title for Ferrari ala Michael Schumacher and he has put so much pressure on himself to bring a title back to Maranello. Ferrari team principal Maurizio Arirvabene alluded to that himself while on a panel in Italy

“[Vettel] does it with an incredible passion that builds up in Ferrari. This is good, but on the other hand, it can cause problems. I honestly find it positive, but then, you have to guide him.”

Can he be guided while they also develop a young hot-shoe Charles Leclerc? Will it be too much for Ferrari? Imagine if Vettel interprets any sort of internal favoritism for Charles over himself? He could either put more pressure on himself to perform, or cause problems as Arrivabene suggested, to the point that Ferrari no longer finds it so positive. Either way, with four unsuccessful (talking in terms of the championship) seasons under his belt, the clock is ticking on Sebastian Vettel to do what he came to Ferrari to do, win a title.