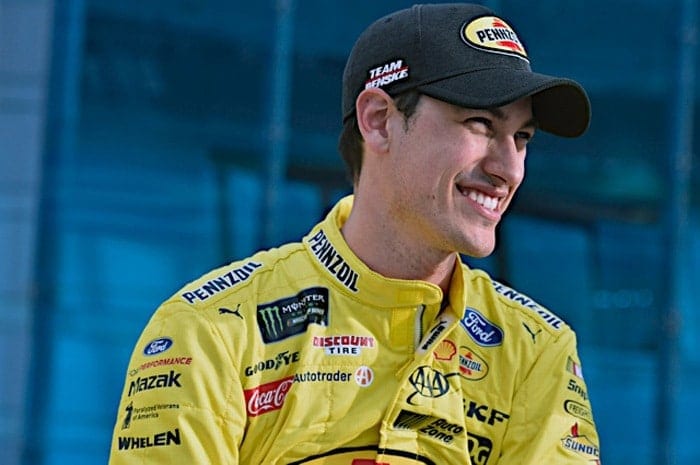 It’s really hard to deny that Kevin Harvick is the most deserving title candidate so far. He leads the Cup Series in wins (eight), top fives (21), top 10s (27), laps led (1859) and total playoff points (51). Take away the playoffs and he’d be currently be tied for the points lead with the tie-breaker on his side.

And just when it appeared that Harvick was fading with the season, he rebounded with a statement win at Texas. With momentum back on his side just as the series heads to Phoenix, Harvick has to feel confident returning to the track he has owned over the years, with nine wins under his belt, by the far the most of any driver.

Phoenix isn’t Homestead, but Homestead has also been good for Harvick. While he, Kyle Busch and Martin Truex Jr. have a win apiece, Harvick has a series-leading nine top fives, 15 top 10s and a spectacular 6.8 average finish in 17 starts, plenty of races to prove his success there is no fluke. It’s hard to look at Harvick, a driver whose “closer” reputation comes from his strength in the late going, and bet against him as the title favorite. It’s even harder to argue he isn’t the most deserving this year.

It’s not Joey Logano’s first trip to the Championship 4. He was second in the standings in 2016, though he endured a miserable 2017 in between visits. Logano is one of two drivers, along with Harvick, assured of his spot at Homestead after a win at Martinsville. That in itself was a bit of redemption for Logano after he was unceremoniously taken out at the same track in 2015. Among the current top four, Logano is the only driver without a title.

There is some appeal in a first-time champion for fans weary of the same old, same old. Logano is at times brash and aggressive, which is a turn-off to others. He’s not necessarily as polarizing as some, but he has his share of detractors.

Logano, at just 28 years old (he seems older because he’s been in the top series so long), is the youngest driver currently in title position. Chase Elliott is younger but needs a win this weekend to squeeze in. Having a younger driver in contention could appeal to younger fans. Logano’s use of the bump-and-run, as opposed to the dump-and-run, has some appeal to older fans who remember the days where the move was much more frequently employed.

In short, a Logano title has reasons for fans to get behind the idea. But can he win?

Yes. Logano’s win total is the lowest of the current top four, as is his top five tally. But he has more top 10s and a better average finish than Truex, who is still considered a title favorite.

Will he win? That’s less likely because this all goes down at Homestead, a track where Logano is a bit weak on numbers. Winless, he has just two top fives and a 15th-place average in nine races. He has desire and momentum on his side, and numbers against him.  That mix alone makes him worth watching.

How much does momentum really matter? If it matters a lot, perhaps Kyle Busch has reason to worry. Yes, he’s got seven wins this year (only Harvick can top that), but with his most win coming at Richmond seven weeks ago, he has slumped somewhat since, most recently at Texas, where he finished 17th after struggling with wheel problems.

If you want a driver with an indisputable passion to win and only win, Busch is your guy. That also means he can’t ever be counted out, as he’s a fierce competitor. When he had to win at Homestead to win the title in 2015, that’s exactly what he did. Do not doubt that he can do it again.

Busch’s numbers at Homestead beyond 2015, though, are weak, with just three top fives overall in 13 races and an average finish of 18.5. Among the top four as of now, that’s the worst average by several positions. What fans can count on, though, is that nothing about Busch is average, and if he’s going to win a second title, he can’t be.

If there’ a sentimental favorite this year, it’s probably Martin Truex Jr., the defending champion whose single-car team is calling it a career after Homestead, citing the cost of the alliance with Joe Gibbs Racing they needed to run with the elite. Even with that alliance, Furniture Row Racing still gives that underdog “feel”, and that makes their title in 2017 a feel-good story.

Of the current top four, Truex is, perhaps the weakest. He’s 25 points to the good heading to Phoenix, so it would take an extraordinarily bad day to take him out of title contention provided one of the four drivers below the cut line doesn’t win. He hasn’t won since Kentucky in July and his playoffs have been solid. Solid is not really an adjective you want to hear when it comes to title momentum. Truex had two wins in the first eight playoff races last year, with a third coming at Homestead for the championship.

When it comes to Homestead, Truex is good if not spectacular. In addition to his win, he has four top fives and eight top 10s in 13 starts, and his 11.5 average finish is sixth among current drivers.

The real questions for Truex are whether his team can put together two great races in the face of closure and whether Joe Gibbs Racing will give them everything Busch is getting, knowing the alliance money is going away.  That wasn’t even a question last year, when Truex beat Busch at Homestead for that title, but it has to be one this year.

For the four drivers still in the playoffs but not the top four heading to Phoenix, there is, for now, only one race that matters.

So who is the most likely to overcome the odds and oust Truex or Busch from contention for a repeat?

Elliott has the edge in a couple of ways. One, he has two wins in the last five races. He’s the only Hendrick Motorsports driver in contention, so he’s not splitting resources with anyone. Oh, and then there’s his stellar 6.8 average at Phoenix. Take it with a grain of salt since he’s only had five starts, but his average bests Harvick’s by three spots. Elliott has a very realistic chance of winning Sunday

Kurt Busch has a win at ISM Raceway, but it came over a decade ago in a drastically different car. His 13. 6 average is in the top 10 among active drivers, but it’ll take better than that to advance. Busch can still get in on points if either Truex or his brother has a spectacularly awful day, but his better hope is to win. He has experience on his side, but he’s one of three drivers from his organization vying for at best one spot. There’s no advantage from that standpoint.

By the numbers, Aric Almirola edges Clint Bowyer just slightly at ISM on average with a 16.3 to Bowyer’s 18.4. Bowyer has two top fives to Almirola’s none, and neither has a win. Stranger things have happened.

This is Logano’s 3rd shot at the Homestead Cup. (Do you guys do homework?). His first time was 2014, it was when his jackman infamously got the car “stuck”, cost him.

I didn’t say he’d only been there once; merely that his best attempt to date was a second two seasons ago. I apologize if there was confusion.

Not good enough. As penance you must go back to using a typewriter and white correction tape for the rest of the season.

Well thanks Amy for responding, but reading it as written it clearly does not look the way you explained it. Whatever, thanks.

There’s no denying that Kevin Harvick made a strong statement at Texas. I wouldn’t bet serious money against him, especially at a 1.5 mile track. I’d like to see Logano pull it off, and I think he’s the best bet to do so with Ford power under the hood, but it’s probably going to take a #4 team miscue for that to happen.

And now things change with the penalty…..

Wonder how many of Harvicks wins this year have been helped by cheating. If inspectors can’t tell until the spoiler is removed it makes me wonder how many not as sharp inspectors missed the cheating on prior wins. I’ve been saying for three years that Truexs car has been tricked out somehow by Cole because True x didn’t all of a sudden become this great a driver.
If after taking Kevin’s spoiler off NASCAR still couldn’t tell if the team made their own tricked out spoiler or not, then they did a very good job. Maybe Kevin has been using it all year long and only this one inspector was sharp enough to catch it. Good chance this was the case.

NASCAR doesn’t want Ford to win. They made “the call” to insure two Toyotas (or perhaps just one Ford) in the Champ Four at Homestead. Shameful.