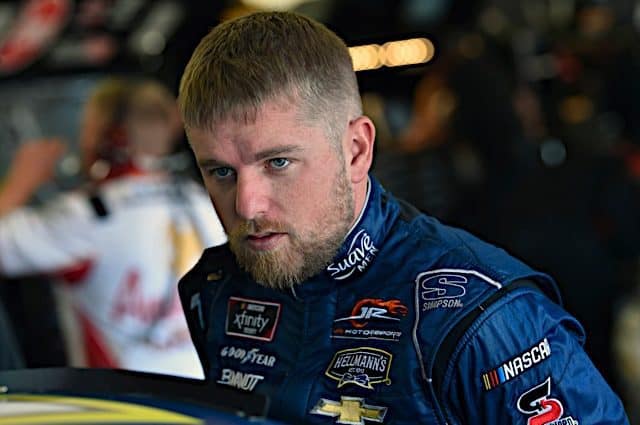 In this week’s Frontstretch Podcast Justin Allgaier calls in to help Dustin Albino and Mike Neff break down a crazy weekend of racing at Texas Motor Speedway.

Allgaier discusses what it’s like racing for a win while having to save fuel near the end of a NASCAR XFINITY Series race. Despite believing crew chief Jason Burdett made the right call bringing the No. 7 to pit road during a late caution, Allgaier finished fifth.

Instead of being locked into the championship race at Homestead-Miami Speedway, Allgaier mentions that being 12 points behind the cut-line is a lot of points to make up. However, ISM Raceway is one his best racetracks on the circuit, and he is confident that with his dream-like season, the No. 7 can get to Victory Lane in the desert.

Staying with the XFINITY theme, the duo discusses the significance of Cole Custer making it to Homestead with a shot at the championship after dominating the same race last year. Also, Tyler Reddick is on a bit of a hot streak.

Is Kevin Harvick the championship favorite? He proved that on Sunday (Nov. 4) at Texas, cruising to the victory. But what are Joey Logano‘s chances moving forward?

Finally, both Albino and Neff give hot takes on why drivers need to stop complaining about their competitors racing them hard and an embarrassing miscommunication between NASCAR and Jimmie Johnson.

Disclosure: the body of this podcast was recorded prior to NASCAR announcing on Wednesday (Nov. 7) that Harvick’s victory was encumbered. However, there are still a lot of interesting topics discussed.

Make sure to leave us a rating and review and subscribe to the Frontstretch Podcast:iTunes

Dustin joined the Frontstretch team at the beginning of the 2016 season. 2020 marks his sixth full-time season covering the sport that he grew up loving. His dream was to one day be a NASCAR journalist, thus why he attended Ithaca College (Class of 2018) to earn a journalism degree. Since the ripe age of four, he knew he wanted to be a storyteller.
@@DustinAlbino
Previous 2-Headed Monster: Does Joey Logano Deserve The Hate?
Next Eyes on XFINITY: Silly Season Update 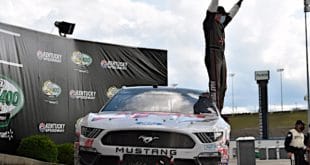 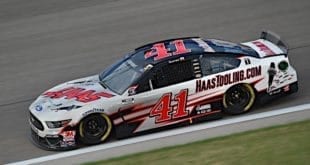