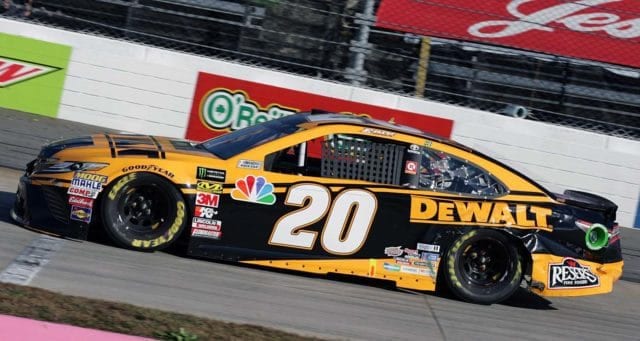 Erik Jones has been on a roll lately, earning three top-five finishes in the last five races, and it continued on Friday (Nov. 9) when Jones put his No. 20 on top of the speed charts. Jones outran teammate Kyle Busch, who earned the highest finish of a playoff driver during the session.

Jones turned a 137.862 mph lap around the ISM Raceway while his teammate Busch was just 0.007 seconds behind.

Chase Elliott finished the session in third while Brad Keselowski and Kyle Larson rounded out the top five speeds.

Aric Almirola (12th), Joey Logano (17th), Clint Bowyer (19th) and Martin Truex Jr. (20th) were the slowest four playoff drivers. Since Logano already earned a victory at Martinsville, his speed will not affect his ticket to Homestead, meaning Kurt Busch, who was 11th quickest, joined Almirola, Bowyer and Truex as the slowest four playoff drivers who could be eliminated after Sunday’s race.

The session was slowed only one time with Cody Ware hitting the wall pretty hard in Turns 3 and 4. The brakes were to blame for the crash.

With the track re-configuration, Ware’s crash occurred before he ever started a lap on the clock. The JACOB Companies Ford is heavily damaged and Ware has indicated that the team does not have a backup car.