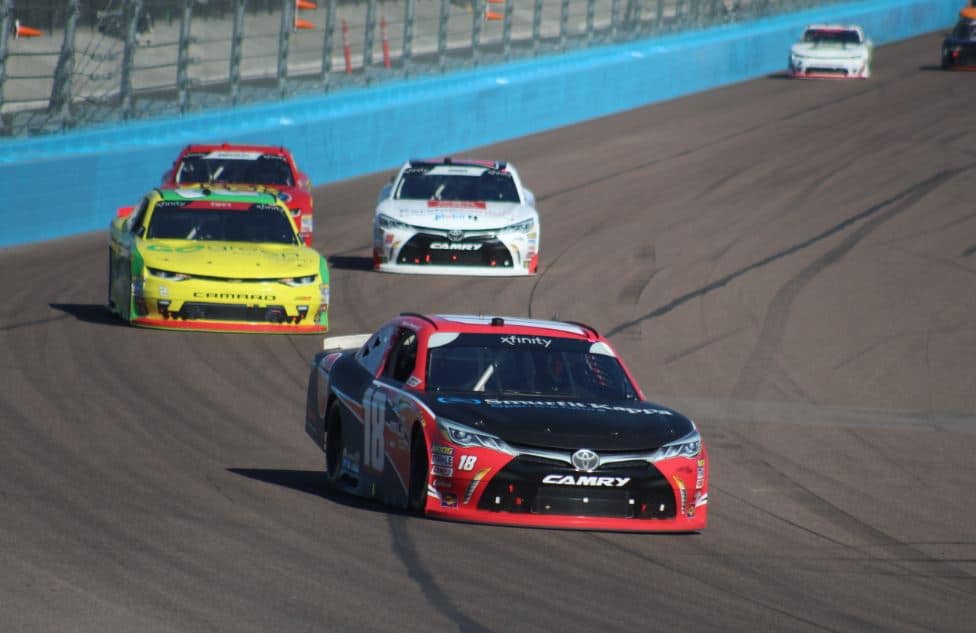 Ryan Preece may have won at Bristol in his third start for 2018 with Joe Gibbs Racing, but the following eight months lacked similar colors.

Running 15 races for JGR in the XFINITY Series this year, Preece was labeled as a multi-race winner to come, proving his worth last year at Iowa Speedway before winning at Bristol Motor Speedway this spring.

But the year took a strange turn for the 28-year-old, who eventually struggled to survive for top 10s. Bad luck, pit penalties, struggle with setups; it all hit the short-tracker hard and Saturday’s (Nov. 10) fifth-place finish at ISM Raceway offered little assurance to Preece’s feelings.

“It’s not what I wanted, not what I hoped for,” Preece said. “I feel I can contend for wins every week, and we have just been struggling, really bad.”

With four top five finishes in his first six starts, Preece has only three in the eight starts since, including three finishes of 18th or worse. While JR Motorsports and Preece’s team of JGR have combined for 15 wins in 2018, Preece has struggled to keep up.

“I really came into these last nine races from September wanting to win,” he said. “I know they do too. It’s just that everybody has gotten so much better and we just haven’t.”

Running the season finale in the No. 18 Toyota next weekend at Homestead-Miami Speedway, Preece knows work is in progress.

“We just have to figure something out to go to Homestead,” he said. “I know Eric [Phillips, crew chief] wants to go out strong and so do I.

“We need to figure something out.”