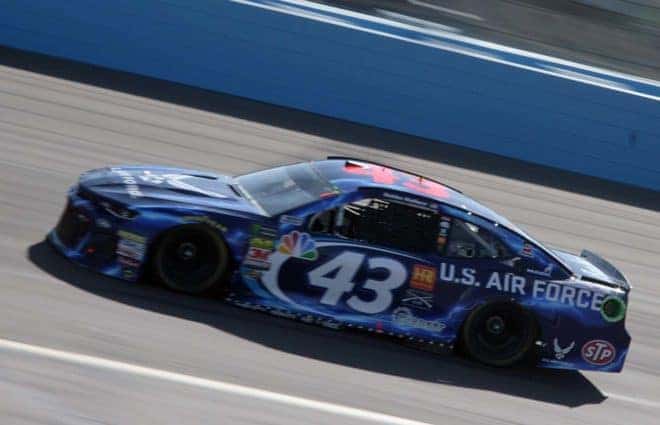 On lap 270 of Sunday’s race, everything changed for everyone in the field. Darrell Wallace Jr.‘s race changed also. Wallace, who was the only driver to adorn a branch of the U.S. Military as a primary sponsor, pushed his way through the field and was able to tally his third top 10 finish of 2018 and first since Texas in the spring. Wallace stated that luck was finally on their side.

“Finally had some luck on our side,” Wallace said. “Went through a couple of things there coming down pit road and losing a lap there. Just a hard-fought day, we never gave up all day and that’s what we need. This is the kind of team you need to have especially when you have Air Force on our Chevrolet Camaro ZL1. Excited about next weekend, I said it’s like a good game of golf set one swing and keep coming back. We’ll keep our heads up and build off of this and see if we can finish the end of the season even stronger.”

Wallace kicked off 2018  with a second-place finish finish in the Daytona 500. As noted above, Wallace’s second top 10 finish this season came at Texas in the spring. The name of the game for those races had to be survival as both the Daytona 500 and O’Reilly Auto Parts 500 had eight cautions. On Sunday (Nov. 11), there were a total of 10 cautions that involved one big accident, as noted above, at lap 270 where cars had to dodge and weave to avoid cars. Wallace was one of those cars who wound up capitalizing on the big accident.

“Yeah no doubt,” Wallace said about the end being a game of survival. “You saw a lot of heavy hitters wreck out and obviously you capitalize on those opportunities. Luck is on our side.”

Wallace will be headed to Homestead for the first time in his Monster Energy NASCAR Cup Series, a track that he’s had some success in his career. He won the 2014 Camping World Truck Series race Ford EcoBoost 200, but other than that victory, has only one top 10 finish in three other starts across both the Camping World Truck and XFINITY Series. The biggest thing Wallace will be looking to gain out of next weekend is momentum to take into 2019 and beyond with Richard Petty Motorsports.

Christian Koelle returns to Frontstretch in 2020 as the photo editor at Frontstretch. He will continue to contribute content in the ARCA Menards Series, Sioux Chief Challenge, and ARCA East & West Series. He is also engaged and will be getting married during the 2020 NASCAR off-season. His favorite tracks on the circuit include Barber Motorsports Park, Iowa Speedway, Martinsville Speedway, Talladega Superspeedway, Fairgrounds Speedway Nashville, and Bristol Motor Speedway. During the season, Christian also spends time as a photographer with multiple other outlets shooting Monster Energy AMA Supercross, Minor League & Major League Baseball, and NCAA Football.
@KoelleChristian
Previous Pace Laps: Setting Up a NASCAR Championship Weekend & Ending the NHRA Season
Next Kevin Harvick Survives All Issues For Championship 4 Spot 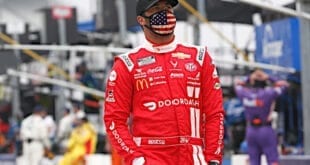 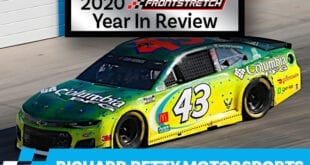