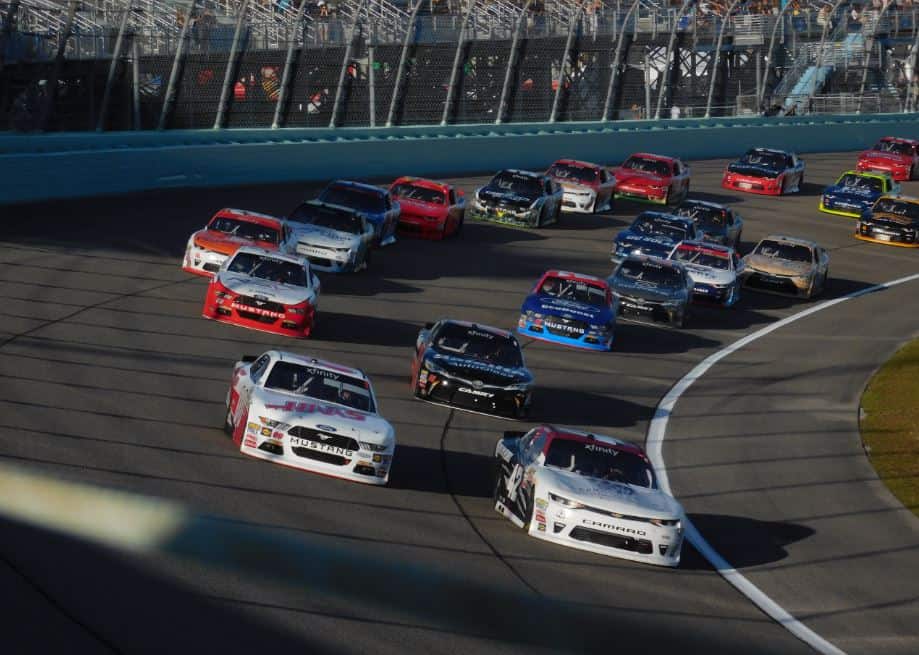 The NASCAR XFINITY Series heads to the Homestead-Miami Speedway this weekend (Nov. 17) for the final race of the season: the Ford EcoBoost 300. At the conclusion of the race, the series will crown either Christopher Bell, Tyler Reddick, Daniel Hemric, or Cole Custer as 2018 champion.

45 teams are entered this weekend, which means that five teams will fail to qualify for the event, barring any late entry list changes.

Timmy Hill will replace his brother Tyler Hill in the No. 13 for MBM Motorsports. Hill’s teammates will be team owner Carl Long, who slides into the No. 66 in place of Akinori Ogata, and full-time driver Chad Finchum in the No. 40.

Max Tullman returns to the seat of the No. 26 this week for Tullman-Walker Racing. Tullman has made two starts this season, with a best finish of 23rd at Las Vegas Motor Speedway in the fall.

RSS Racing shifts their lineup this week. Angela Ruch will wheel the No. 39, pushing Ryan Sieg to the No. 38. The normal driver of the No. 38, JJ Yeley, will pilot the No. 93. The duo will be joined by Jeff Green, who will drive the team’s fourth entry, the No. 37.

Chase Briscoe will slide into the No. 60 for Roush Fenway Racing, while Kaz Grala will make his first start since the Charlotte ROVAL, driving the the No. 61 for Fury Race Cars.

Brandon Brown will drive the No. 86 for Brandonbilt Motorsports. This will be the team’s second start of the season, and the first since the season opening race at Daytona International Speedway.

Finally, DGM Racing shifts their lineup this week as well. Full-time driver Alex Labbe will pilot the No. 36 as usual, but Caesar Bacarella will jump into the No. 90. Josh Williams will drive the team’s third car, the No. 92.