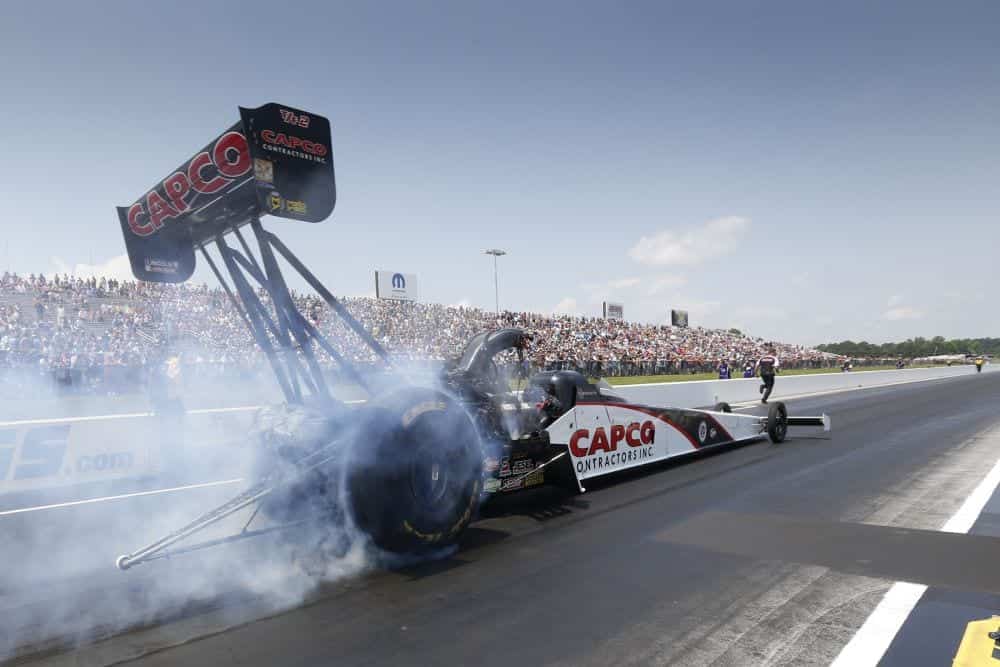 The cars have fired up for the last time in 2018. Theyʻre now parked for the winter so they can be stripped down and prepared for 2019 over the next few months. The haulers are parked, the team members and drivers are back home with their families. The motorhomes can be cleaned out and spiffed up while the snow flies.

The 2018 NHRA Mello Yello and E3 Spark Plugs Pro Mod Drag Racing Series are done for the season. The champions have been crowned, the checks, trophies and jackets handed out. Steve Torrence, J.R. Todd, Tanner Gray, Matt Smith, and Mike Janis can enjoy the bragging rights for a couple of months.

Gray can also get fitted for his NASCAR seat, as he prepares to embark on a new chapter in his racing career.

This isn’t the end of my interest in drag racing. I have every intention of being at the track next year, and for many years to come, I hope. That goes for both events on the national level as well as the local. It’s just that I’ll most likely be sitting in the stands and cruising the pits with everyone else, enjoying my time as a spectator instead of a reporter.

It’s been a great experience writing for Frontstretch, something I’ve done for so many years I’ve nearly lost count. I think it’s been 16 or 17, maybe 18? In that time, I’ve covered NASCAR, worked with several great drivers on our driver diary feature, launched our IndyCar section and then launched our NHRA coverage.

I’m not sure if the NHRA section of Frontstretch will continue on after my departure, but I like to think it added a little extra dimension to the site. I’d like to hope I got maybe a few people to give the straight-line racers a look just to see what it was all about.

The NHRA and all of the teams and drivers have been wonderful to work with. Professionals aren’t supposed to come off fannish, but this is quite possibly my last day as a professional and honestly, I don’t care who you are, it’s just cool the first time John Force remembers who you are and says hello.

Thank you for taking the time to read my race recaps, interviews, features, and commentaries. I’ll see you at the dragstrip.

thanks for the columns! best of luck!