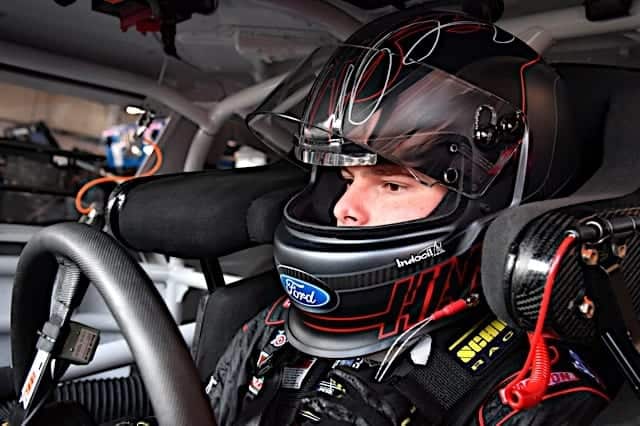 Homestead. 2017. XFINITY Series. Cole Custer put a whippin’ on the competition en route to his first-career victory. If he backs that up in Saturday’s championship race, the 20-year-old will be crowned the series champion.

The odds of Custer leading 180 of 200 laps, winning the race by more than a half-lap is highly unlikely, especially with this years Championship 4. Christopher Bell enters the race with a series-high seven victories in 2018, while Daniel Hemric has been consistently consistent, though Tyler Reddick has been red hot in the playoffs.

Custer, himself, was in awe from the Homestead performance in 2017 when reflecting back on that race.

“I was definitely surprised because we hadn’t done that yet. It was our first win,” Custer said on Thursday (Nov. 15) at Championship Media Day. “You never expect to do something like that and I think it was a once-in-a-lifetime thing.

“We’d been searching for a win all year and we were so close. To finally get it was big and to do it in the style we did where it was close and we had to really work for it I think that was definitely fulfilling.”

Fast forward almost a complete year around the sun and Custer finds himself among the Championship 4, statistically being much better than his rookie campaign.

In the opening 32 races of the season, Custer grabbed his lone victory of the season two weeks ago at Texas Motor Speedway, which clinched a spot in the championship race this weekend. Meanwhile, the No. 00 team has 13 top-five finishes, nearly doubled from 2017, and a series-high 25 top 10s.

Though the wins have been far and few between, Custer is trying to give Stewart-Haas Racing its first XFINITY title.

“We all wanted to get more wins,” he said. “But last year we didn’t win that much and when we did win, it was by a huge margin and it’s hard to replicate that. We’ve done a good job this year, we just have to keep working and try to finish off the deal.”

As for potentially being a NASCAR champion, Custer has let himself think about what it could mean.

Custer added: “It would be huge. That’s what our team wants and what we’ve worked so hard for in the last two years trying to build our program. It would be very fulfilling for our team with how hard everyone has worked to get us to where we are at right now.”

Outside of dominating the XFINITY race at Homestead last year, Custer finished 17th in his only other race in South Beach (2016), though it was just his fifth-career start.

One of his main priorities is leaning on team owner Tony Stewart prior to hopping into the No. 00 Ford in Saturday’s Ford EcoBoost 300.

“He’s [Stewart] probably one of the best to talk to just because how that one race in 2011 that he won – that’s as good as it gets in a high pressure situation and having to do your job,” Custer said. “He will definitely be one that I try to ask a question to.”