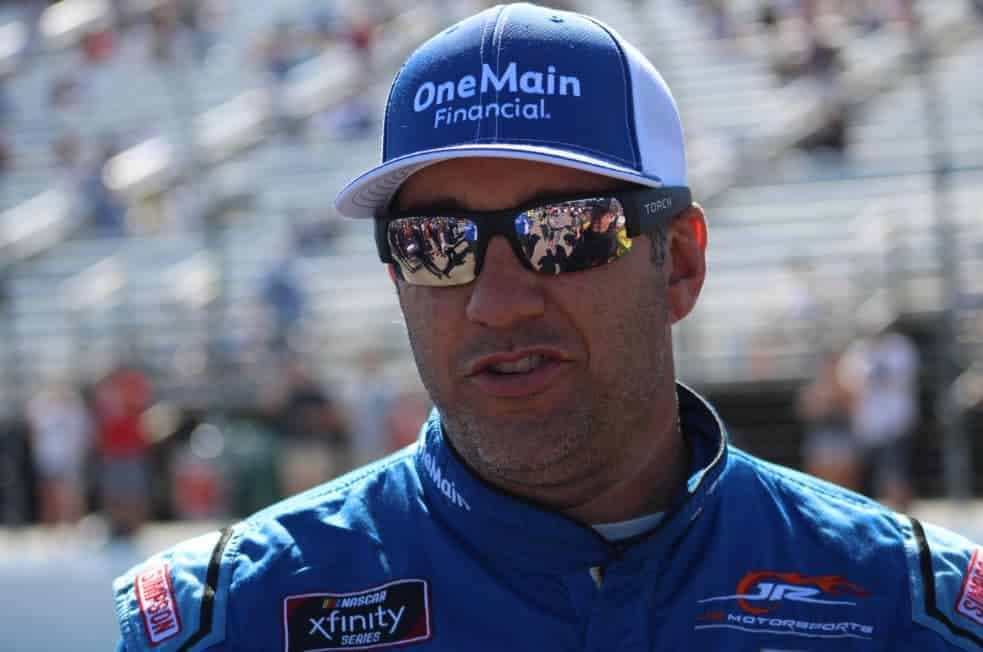 It’s been a hell of a NASCAR ride for Elliott Sadler.

For almost three decades, all he’s ever known was racing. But he’s ready for a change, some time away from the week-to-week grind and quality moments with the family.

That time will start once the checkered flag flies on the Ford EcoBoost 300 from Homestead-Miami Speedway, as Sadler will retire from full-time competition.

“It’s pretty surreal,” Sadler said ahead of his last race. “My first time down here was in 1995 for the first race, and I was a crew member on my brother’s race car at the time […] it’s been a little bit of an emotional week. But honestly, it’s been fun also. Knowing my folks are going to be here with me to go on this last adventure with me.”

Sadler made his NASCAR debut at his home track, South Boston Speedway, in 1995. Since then, he’s been a championship runner-up four times and voted Xfinity Series Most Popular Driver three times.

In total, Saturday’s finale in South Florida will mark his 853rd start across all three of NASCAR’s national series (395th in Xfinity). Since coming into the sport in the mid-1990s, the Emporia, Va. native has amassed three Cup wins, 13 Xfinity wins and one in Camping World Trucks.

The veteran closed the door on racing a Monster Energy NASCAR Cup Series car, noting the tough competition among a plethora of factors that come along with racing at the highest level.

“I’ll never run another Cup race,” he said. “Cup is so hard, guys. If you’re not in the right situation at the right time with all the elements in place, why in the world would you punish yourself to run around for 500 miles in that environment? It’s so hard. And then you’re in the way and you’re going to create an issue and you don’t want to be the story 20 or 10 laps down. Those guys are the best of the best. There’s no way around that.”

As for racing in the Xfinity Series again someday? He wouldn’t rule it out.

“If it’s a one-off, great opportunity in an Xfinity car, maybe I’ll go run a race,” Sadler said. “I might do that one day. But honestly, I hope this is it. I’ve been doing this a long time. Have some of these other guys come in here and have some fun. Dale Jr. put it the best way to me when we had our discussion. ‘You’re not retiring from something, you’re retiring to something.’ And that’s the way I’m really looking at it. I’m not retiring from racing. I’m retiring to the next chapter of my life that involves a lot of my kids, coaching, things that I want to do that I have on my plate.

“If a great opportunity comes up, maybe. But I kind of hope tomorrow night is it.”

Notably missing from his racing resume is a championship. However, Sadler can live with that.

“The last time I was sitting at this table, I was in the most pain I’ve ever been in, as far as racing is concerned,” Sadler said of his title heartbreak last season. “We had the chance to win the championship, we got in a mess with another car and lost it within 10 laps […] that still hurts and burns. But I think things happen for a reason.”

He also experienced some pain last weekend at ISM Raceway by not advancing to the Championship 4. But when looking at the big picture, it’s clear this 43-year-old has more important things he’s focused on.

“I was very upset not making it from Phoenix,” he said. “But this week has been so much fun. The text messages, how loose we’ve been, my guys have been loose, I have, my kids have been playing and talking about this week. Yeah, I wanted to be a part of the Championship 4, but I don’t know if I could’ve enjoyed this weekend if I was. There’s so much pressure around it. It’s going to be tough not being a NASCAR champion. That’s always a ‘what if’ in my mind.”

At the end of the day, a kid from small town Virginia got to live out his dream of racing stock cars at the highest level. That’s more than most can say.

“You always want more because that’s just the competitive nature in you,” Sadler said. “I wanted to win a Daytona 500, I was so close. [He was leading the 2009 Daytona 500 moments before it got cut short by rain.] I wanted to win a championship because we were so close so many times in the Xfinity Series. To come from such a small town […] yes, I wish I had some other things I can hang my hat on. We came up a little bit short but we gave it everything we could. I have no regrets. Absolutely no regrets at all. For the time I had and the experience I had. I have a few “what ifs’ but I have no regrets. I’ve had a really good career, made some really good friends and that’s the part I’m going to cherish.”

NOTE: Sadler tweeted Friday morning (Nov. 16) that his credential was denied entry to the motorhome lot. In his press conference, he commented on the track’s lack of communication and organization. He has encountered similar problems at Homestead for years but never as bad as it was this morning.

Been racing 23 years .. and for the first time ever .. this card does not get you in the gates at @HomesteadMiami … yal security is a joke .. pic.twitter.com/HibKDZ7CEr

Right after the press conference concluded, Sadler was confronted by track president Matt Beecher. The two had a rather unfriendly conversation for a couple minutes which resulted in the two going their separate ways.

Meeting w/ @Elliott_Sadler and @HomesteadMiami President #MattBeecher over his denied access to the track this morning because he didn’t have a parking pass. #NASCAR pic.twitter.com/DeO1lSzZoQ

One of the good guys in racing. I’m going to miss his Virginia drawl. Much fun with his kids!

All Kelley (does JR. even have a say in the Kelley and Rick show? Just asking) wanted was ONE MAIN FINANCIAL, seriously doubt they gave a good damn about this guy or any other. IMO