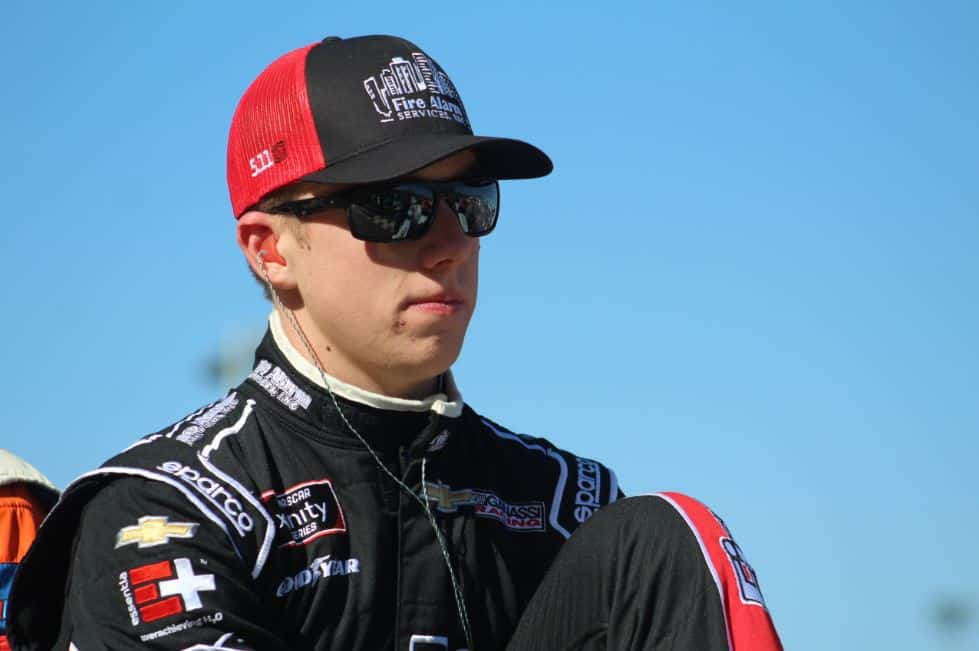 John Hunter Nemechek is on the move. After a limited XFINITY Series schedule with Chip Ganassi Racing this season, he’ll jump to GMS Racing in 2019.

Multiple sources have confirmed to Frontstretch the 21-year-old will be moving over to GMS. The driver contract, to be finalized in the coming days, puts Nemechek behind the wheel of the No. 23 full time. Nemechek replaces Spencer Gallagher, who is retiring from NASCAR competition following Saturday’s Ford EcoBoost 300 at Homestead-Miami Speedway.

In 17 races this season, Nemechek has a win at Kansas Speedway to go along with five additional top-five finishes and 11 top 10s. Leading 211 laps, he ended the season 13th in points driving the No. 42 Chevrolet despite a limited schedule.

But Nemechek’s current employer, CGR, chose Ross Chastain over Nemechek for the No. 42 Chevrolet in 2019. Owner Ganassi expressed interest in running Nemechek with a new, second team but negotiations never panned out.

Instead, Nemechek is joining GMS Racing after having its best year of XFINITY Series competition. Gallagher earned the organization’s first career victory at Talladega Superspeedway while recording 10 top 10s – up nine from last season. A plethora of drivers who filled in for Gallagher picked up another six top-10 results.

Spokespeople for both Nemechek and GMS Racing declined to comment on the deal.

Spencer will have a lot of pressure on him running a winning Team in NASCAR. Stay clean, don’t poke the bear and get advice from winning experienced owners.