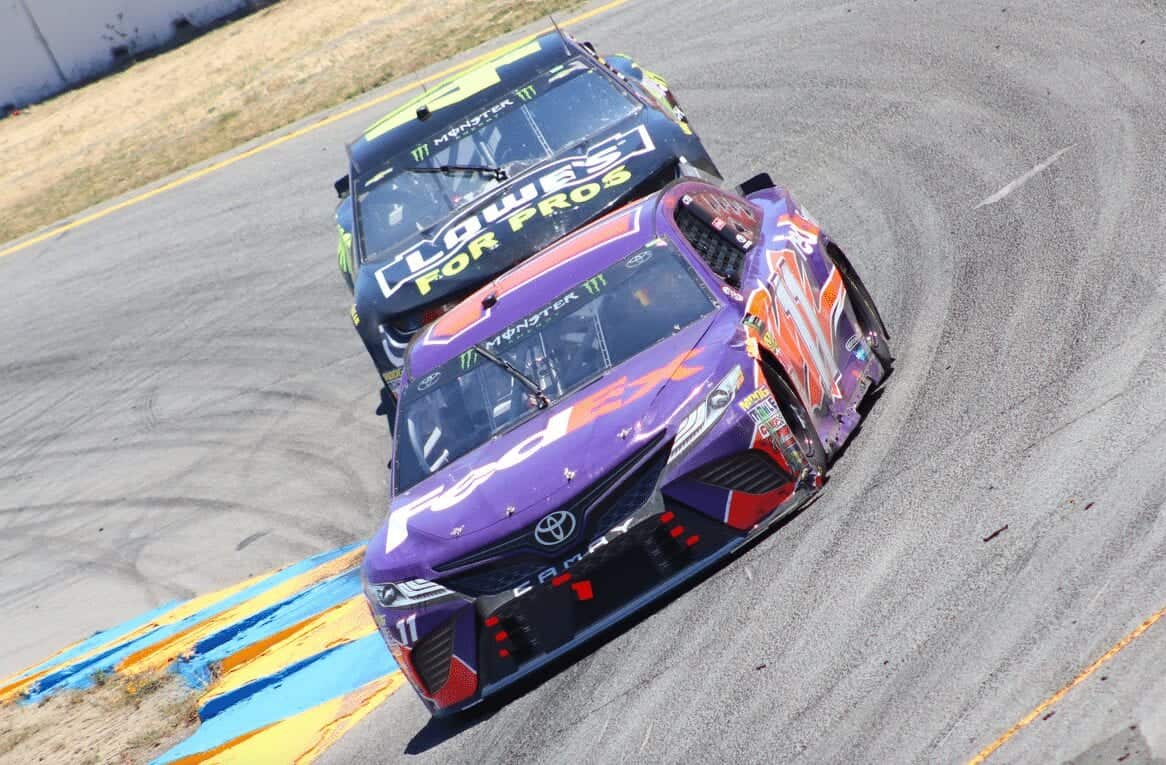 Heading into 2018, it felt almost guaranteed Denny Hamlin and Jimmie Johnson would find Victory Lane. But as the season progressed, it became a little bit far-fetched.

Hamlin entered the season winning Monster Energy NASCAR Cup Series races in every year since 2006, when he was a rookie. Johnson’s streak dated back 16 years, going all the way back to 2002 — also his rookie campaign.

Statistically, Joe Gibbs Racing was a bit off for the entire season, despite Kyle Busch bringing home eight race wins and capturing the regular season title. But even Hamlin admitted during the postseason his JGR teammate overachieved in the equipment they have.

Meanwhile, Johnson and Hendrick Motorsports were going through a transition period. In 2018, they added Alex Bowman and William Byron to their lineup while also adjusting to the new Chevrolet Camaro ZL1.

Heading into the season finale at Homestead-Miami Speedway, each had one last chance to win this year, a track both get around well at. But both ultimately came up short, ending their streaks and putting a bow on a disappointing 2018.

Hamlin had the best chance; he won the pole and led the opening 41 laps of the race. But it was a driver error at the end of stage one that set the No. 11 team behind, as Hamlin slid entirely through his pit box. He went in sixth, came out 17th, and that was all she wrote.

“Yeah, I couldn’t see my stall there,” Hamlin told Frontstretch after the event. “The sun was a little bit on my way and I just kind of misjudged where it was at. That’s kind of it.”

Ironically enough, Hamlin won the pole for the race, but elected to grant the No. 1 pit stall to Busch, his JGR teammate, who qualified second. The stall didn’t bother him the rest of the race but the team never could quite get his handling in race-winning condition.

“We got back up front,” Hamlin said. “We just kind of missed it with the last couple of adjustments and went backward.”

Admittedly so, it was a challenging season for the Virginia native, going winless for the first time in his 13-year Cup career.

“We tried as hard as we could,” he said dejectedly. “We definitely ran better the last half of the season and I’m happy about that. We’re leading laps, kind of being up there in the stages a little bit better toward the end. It’s something that’s at least positive for next year.”

As for Johnson, there was a time where he was running sixth in the Ford EcoBoost 400, his last race with seven-time championship-winning crew chief Chad Knaus. But he slid backwards late, a running theme with this team throughout the year and wound up 14th.

Though Johnson and the No. 48 team fought a lot of obstacles in 2018, losing Knaus was one of the toughest.

“I didn’t want it to [end],” Johnson said of the split. “The last couple years have been tough and we decided it was time. I hate to see that happen. Emotional day, especially pre-race getting started. We had one hell of a run, though.”

Johnson ends the season with many career lows; just two top-five finishes, equaling the lowest top 10s in his career (11) and leading just 40 laps. He finishes the season 14th in points, the lowest mark in his time running NASCAR.

Entering 2019, both drivers will be getting new crew chiefs. It was announced Friday that Hamlin would be ending his three-year run with longtime friend Mike Wheeler atop the pit box. A new head wrench has not been announced. Over at Hendrick Motorsports, Knaus will be hopping over to the No. 24 car to lead rookie William Byron. Kevin Meendering will join Hendrick Motorsports as the No. 48 crew chief after spending the last three seasons with JR Motorsports in the Xfinity Series.

I need a COSTCO run, I ran out of tissues! heheheheheheee

So glad that this was the case. Now we never have to hear about Johnson’s and Hamlin’s winning streaks again for the rest of our lives. Feels good doesn’t it?

Don’t bet on it. Now it will be how their streak ended in 2018 after x number of years.

JJ has never been able to win in lighter cars with less HP. Next year NASCAR cuts the cars down again, we may never see Jimmie w in another cup race. And I’ve been a longtime fan of his.

With True x going to JGR next year Kyle’s crew chief is going to see what tricks have been in that car. Put a talent like Kyle in a tricked out car like True x has had and Kyle might win 36 races. Next year. So happy I didn’t have to see two faced Harvick in victory lane yesterday.

We not only we recognized the winners, but this article shows we have to recognize the losers too!