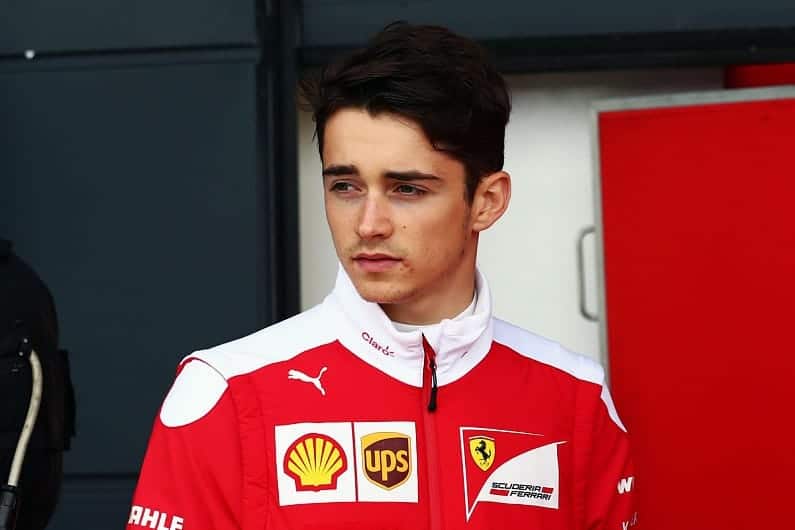 Sauber – 8th in the Constructors Standings

The Alfa Romeo Sauber F1 team has not been a good organization.  They finished last (10th) in the standings in the previous two years and offered no reason to believe that they might suddenly make a run up the standings in 2018.  This season, however, proved to go a little better than expected as the team were able to move up to eighth in the final table.

The success can largely be placed upon two factors.  The first is that the Fiat group, who also owns Ferrari, placed more emphasis on giving Sauber better resources, as noted by the fact that Sauber were running 2018 Ferrari engines.  While Sauber and Ferrari had been working together since 2010, the engines given to former latter tended to be the previous years and the working relationship between amounted to little more than glances at each other when at the track.

The alliance this time around is something that brought about a better car as both Marcus Ericsson and Charles Leclerc both finished in the points on numerous occasions.  Bringing Leclerc on board turned out to be a brilliant move by the team as he paired well with Ericsson and elevated the expectations.

The best race of the season came near the end with both drivers finishing in the points at the Mexican Grand Prix. That was the first, and only, time that they both finished in such a manner.  In conjunction, the team had a car finish in the points in each of the final four races.

Leclerc titillated with points finishes in both Azerbaijan and Spain early on, then continued to display that form for much of the year, earning ten points finishes but could only muster 13th in the Drivers standings.  Still, for a team as woebegone as Sauber, these finishes were big, and the high mark of sixth surely brought joy to the organization.

The team endured a middling to forgettable string of races from Spain through Silverstone, a total of six races.  It was a trend that reappeared for the Singapore, Russian and US grand prix before they finished out the year pretty well.

The results also show that the drivers suffered through a combined nine retirements, indicating that reliable results were not quite in the offing.

It should also be pointed out that Ericsson rarely bested his teammate.  With retirements excluded Ericsson beat Leclerc in only three races during the season, highlighting a talent gap that emerged throughout the year.

It would be great to think that Sauber has their driver of the future in Leclerc and that they can build around him to create a winning organization, but that is not how the game is played. Sauber is, in many ways, a developmental program for Ferrari, and as such the parent company has snatched Leclerc for the 2019 season.  At least the Maranello organization was kind enough to send Kimi Raikkonen over to provide a platform to build around for the future (?).

While Raikkonen will be taking Leclerc’s spot, it’s Antonio Giovinazzi that will bring the young driver hype as Ferrari have basically send him to Sauber to learn the proverbial F1 ropes.  Giovinazzi is a former Ferrari test driver and next season will be the best way to determine if he has the goods. Ericsson will be taking a backseat and moving to a reserve/ambassador role.

There’s reason for optimism with Sauber.  Their tightening alliance with Ferrari should continue to bring performance gains and the new driver pairing of Raikkonen and Giovinazzi should raise expectations while also sussing out how to focus team efforts.

This season gave a glimpse of the potential of the Haas F1 team as they finished fifth in the standings after two consecutive years of finishing eighth.  Perhaps there needs to be a reminder that 2018 was only the team’s third on the grid after having started from scratch. The team’s alliance with Ferrari has frequently been called into question as the two cars resemble each other in a way that is a bit too cozy and then the obvious use of Ferrari power units.

The results this year indicate that whatever relationship Haas may have, it’s working.  The team earned their best-ever starting positions to open the year at Australia with Kevin Magnussen in fifth and Romain Grosjean in sixth.  This opening salvo was not the trendsetter, however, as Grosjean limped through the first part of the season. Magnussen was able to carry the load until the team earned its best-ever combined finishes at the Austrian Grand Prix, with Grosjean in fourth and Magnussen in fifth.

With that tally, Haas had already bested their mark of points accumulated from the previous year.  The team seemed to settle in after that race and consistently finished between 8th and 15th. The double points finish at both Brazil and Abu Dhabi closed out the year with optimism, especially after the two-race debacle at the US and Mexican grand prix.

Bringing Kevin Magnussen looks like a brilliant move.  Magnussen left Renault after the 2017 season to join the upstart organization and showed that he is a more than capable driver.  He bested his teammate in seven races this season, ignoring retirements, and finished ninth in the Drivers standings. Those marks portend well and allow Haas something to work with.

Though the team suffered just seven retirements, there were still too many finishes of thirteenth or worse, 11, to feel that everything is running smoothly for the team.  Then there were the two disqualifications the team encountered, Grosjean first at Italy for an illegal floor, then Magnussen for fuel load at the USGP. Add Grosjean’s less than spectacular season, as he finished 14th in the Drivers standings, and the results that Haas earned looked all the more impressive.

There had been speculation as to whether or not Grosjean would return for the 2019 season as he had shown to be rather lackluster at points of the year.  His strong finish saved his job and that means both drivers will be returning next year. In fact, little will be changing except for the name of the team, which will become Rich Energy Haas F1 after the organization signed a deal with the British drinks manufacturer going forward.  Should the team be able to minimize their off races, they should be battling closer to the front next year.

Its good to see Sauber climbing back up the standings. Been quite a while since the glory days with BMW. Shame that Peter Sauber is no longer involved to be a part of it.

I thought Rich Energy Drinks was a smoke and mirrors company. Has a check been cashed by Haas?