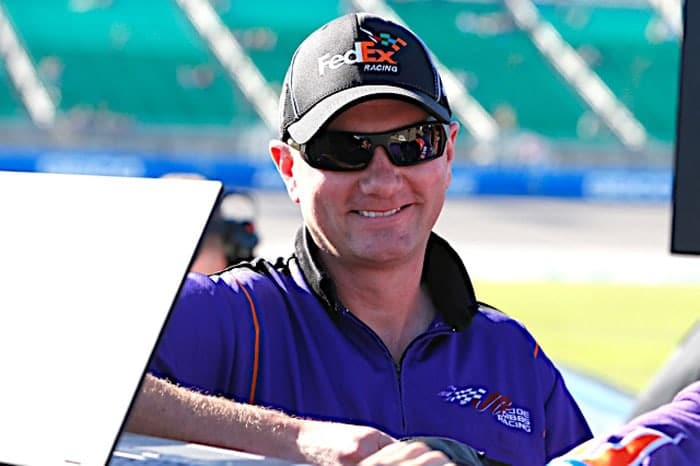 Wheeler has been the full-time crew chief for Denny Hamlin since 2015 and will continue to lead a Toyota team in 2019 with LFR.

“We’re thrilled to have Mike (Wheeler) joining our organization because he’s had a successful career so far in the crew chief role,” LFR general manager Jeremy Lange said in a team release. “With our transition over to Toyota this coming season, Mike brings with him a wealth of knowledge in regard to how to build competitive Toyota Camrys, and we’re looking forward to his leadership within LFR.”

Wheeler made his debut as a crew chief in 2014 as the interim crew chief for Hamlin after Darian Grubb was suspended for six races. Following that six-race stint, Wheeler moved to Joe Gibbs Racing in the XFINITY Series for 33 races. Wheeler led the No. 20 car to four victories, with Hamlin picking up three and Erik Jones one.

In 2016, Wheeler became the full-time crew chief on Hamlin’s No. 11 Fed-Ex Toyota Camry in the Monster Energy NASCAR Cup Series. The combo picked up a victory in the 2016 Daytona 500 sparking the start of that relationship. Two more wins during the season propelled the two into their first playoffs appearance together, with Hamlin finishing sixth in points.

The two collected two more victories, 23 top fives and 37 top-10 finishes during the final two years of their combination. During those two years, Hamlin finished sixth and 11th in MENCS points before the announcement of Wheeler’s departure.

Wheeler will make his LFRdebut in the 61st Annual Daytona 500 with DiBenedetto as the team transitions to Toyota in 2019.

It is put up or shut up time for Matt. I hope he and Leavine do really well, I like Dibenedetto and always figured he had more talent than the car he drove.

I don’t know the details but it looks like they are picking up exactly where Furniture Row left off with the Gibbs collaboration. Mike Wheeler may not be Cole Pearn but he is no slouch and the cars should be first rate.