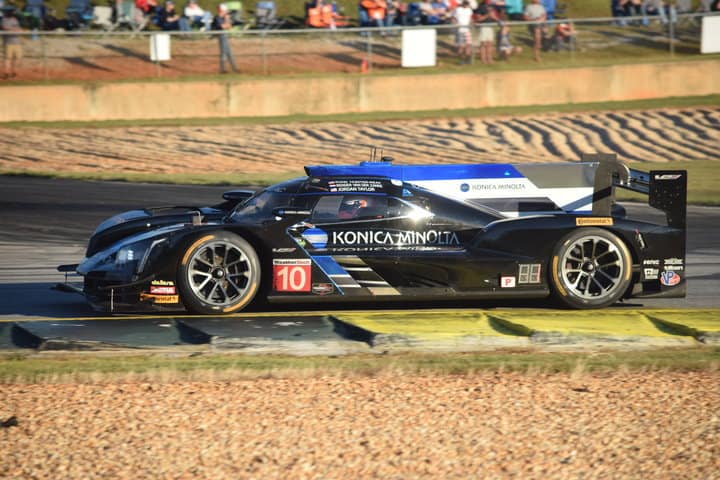 Wayne Taylor Racing announced Tuesday (Nov. 27) that Jordan Taylor and Renger van der Zande will be back in the No. 10 Konica Minolta-sponsored Cadillac DPi-V.R. full-time in the 2019 IMSA WeatherTech SportsCar Championship.  Come Daytona in January, they might be overshadowed by their new teammates.   Recently retired McLaren driver Fernando Alonso and his Toyota GAZOO Racing Kamui Kobayashi will join the team in their first taste of DPi equipment.

“I am very happy about joining the Konica Minolta Cadillac team and Wayne Taylor Racing to race together at the Rolex 24 At Daytona,” Alonso stated in a press released.  “This is undoubtedly one of the greatest races in American and world motorsport. Returning to the United States is always special. The atmosphere created by the fans is unique throughout an incredible weekend. I really hope to fight for the win, as well as having fun and putting a smile on the fans’ faces. I made my debut last year both in endurance races and with these sportscar prototypes, as well as on this track. I was left wanting much more after a brake issue ended our hopes of stepping on the podium. After an intense year in which I’ve competed in both Formula One and the WEC, I’m really looking forward to 2019 and attempting to conquer one of the most important races in the world. I’m brimming with hunger and desire and I can’t wait for the first race of next season and going out on track to battle with my Konica Minolta Cadillac teammates.”

Back in January, Alonso made his IMSA debut in a Ligier JS P217-Gibson for United Autosports.  Sharing with Phil Hanson and Lando Norris, Alonso finished 13th in the Prototype class (38th overall).  Alonso is currently leading the World Endurance LMP Drivers Championship along with teammates Sébastien Buemi and Kazuki Nakajima.

Taylor and van der Zande are more than happy to have Alonso and Kobayashi join them for Daytona.

“It is super exciting to have Fernando and Kamui joining us for Daytona,” Taylor stated.  “I think we are bringing in two of the top drivers not just in sportscars but in the world of motorsport. Fernando is one of the most-respected and highly rated drivers of our time, and Kamui has been one of the top sportscar drivers over the past few years and the current lap-record holder at Le Mans. It is going to be great to have them join us. They have had such long, successful careers, and I’m sure there will be a lot we can learn from having them with us. We had a very strong second half to our 2018 season and finished it off with the win at the Petit Le Mans, so I can’t wait to get back to the track in Daytona and start our 2019 championship on the right foot. Daytona is a unique event but one that our team has excelled at. It’s my favorite month of the year.”

“Fernando Alonso is a living legend and Kamui is a great driver and we are fortunate to be able to attract the best talent in the world to our program,” van der Zande said.  “It shows the level of this program and it solidifies the fact I’m in the right place, which I knew already. Looking back at last year, I think we had the package to win the championship, but two DNFs prevented that. I think we’re in a very strong position to start the new season at Daytona and there will be a lot of buzz around us. At the same time, we can learn from Fernando and Kamui. They’ve been with so many different teams, so many different cars, so many different people, and to be sharing all of that with us and integrate it into our program, that is only a benefit and, to that end, I’m very excited about it. The main goal is to win the race. That’s their goal, that’s our goal, so we’ll do everything we can together to make that happen.”

As of right now, Alonso and Kobayashi are only confirmed for the Rolex 24 at Daytona.  Sebring is an interesting case since both drivers will be on-site.  However, their main focus will be the 1000 Miles of Sebring, which will run on Friday, Mar. 15. Expect an additional announcement further down the line pertaining to endurance driver plans post-Daytona.