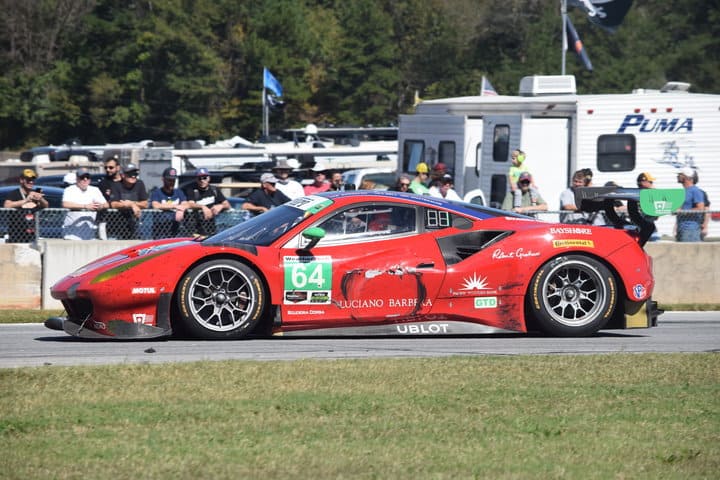 AIM VASSER SULLIVAN (AVS) announced Thursday (Nov. 29) that they have signed Townsend Bell and Frankie Montecalvo to drive the team’s second full-time Lexus RCF GT3 in the IMSA WeatherTech SportsCar Championship in 2019.  Previously, the new team announced the signing of Jack Hawksworth to drive the other car.

“I’m thrilled to have a chance to go after another IMSA GTD Championship with Frankie [Montecalvo],” Bell stated in a press release.  “We’ve had some partial seasons the last few years and the stars aligned to make this happen.

“My best Indy 500 finish came while driving for Jimmy Vasser and I’ve always admired the way he runs the team and guides the ship. The fact that AIM and Ian Willis are also involved makes this feel like one big family get together.  Ian led us to a Daytona 24 win in 2014 and the NAEC Championship. I’m looking forward to turning some laps soon in the Lexus RCF GT3.  It’s a race winning, pole sitting car and it’s nice to have that confidence heading into a new season.”

Montecalvo is also very pleased to continue racing alongside Bell.

“I could not be happier joining AIM VASSER SULLIVAN for the 2019 IMSA WeatherTech SportsCar Championship season,” Montecalvo stated.  “In 2017, I raced with AIM and had some success in the Pirelli World Challenge SprintX. With the addition of Jimmy Vasser, Sulli and Lexus, we should have a very competitive team this year. Co-driving with Townsend [Bell], I feel AVS has a real shot at competing for a championship. I’m looking forward to heading to Daytona to start off the 2019 season!”

Both Bell and Montecalvo come to AVS from Scuderia Corsa, where they drove a part-time schedule in the team’s No. 64 Ferrari 488 GT3 (pictured above with Montecalvo driving at Road Atlanta).  In five starts, their best finish was fifth in class at the Rolex 24 at Daytona in January.

Both drivers have also mainly driven part-time schedules in recent years.  Bell’s last full season in the IMSA WeatherTech SportsCar Championship was in 2015, when he won the GT Daytona championship for Scuderia Corsa with Bill Sweedler.  A move to O’Gara Motorsport for 2016 was doomed at the start.  After Daytona, the team shut the doors on the GTD program, leaving Bell to scope out other opportunities.

Montecalvo’s last full season in IMSA was 2014, when he drove an ORECA FLM09-Chevrolet in the Prototype Challenge class for PR1/Mathiasen Motorsports.  He finished fourth in PC points with two third-place finishes at Watkins Glen and Road Atlanta.  Since then, Montecalvo has switched back and forth between IMSA and Pirelli World Challenge in varying capacities.  That included his 2017 SprintX schedule with AIM Autosport in their Always Evolving Nissan in the GT Pro-Am class.

AVS still has one more full-time driver to announce for the 2019 season (Hawksworth’s teammate).  In addition, endurance drivers will also be announced at a later date.