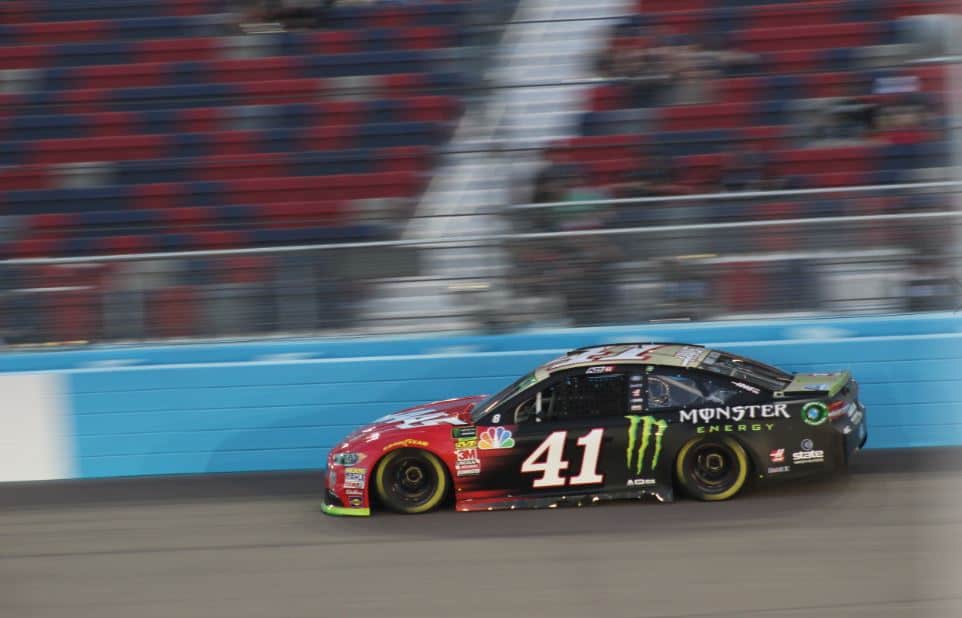 While Kurt Busch’s whereabouts for the 2019 Monster Energy NASCAR Cup Series season are still unknown, one thing’s for certain: he won’t be back at Stewart-Haas Racing.

The former Cup champion tweeted Sunday, Dec. 2, that he’ll be departing SHR and the No. 41 ride, following five seasons with the team.

“I would like to thank Stewart-Haas for five fantastic years driving the No. 41,” Busch tweeted. “I will miss everyone, especially the crew chiefs I worked with, Daniel Knost, Tony Gibson and Billy Scott, love you guys.

Busch joined SHR in 2014, winning one race in his maiden season with the team and finishing 12th in points. All told, he won six races, including the 2017 Daytona 500.

“Amazing how fast five years goes by… especially when @KurtBusch is at the wheel,” SHR tweeted. “Your dedication and desire are hard to match. Know the next chapter of your career will be great. From all of us, thank you.”

Amazing how fast five years goes by… especially when @KurtBusch is at the wheel. Your dedication and desire are hard to match. Know the next chapter of your career will be great. From all of us, thank you. pic.twitter.com/zOh1FsLkGy

A driver has not been named for the No. 41 in 2019; Daniel Suarez is among the drivers who have been rumored for the seat.

Busch, meanwhile, has been linked to the No. 1 at Chip Ganassi Racing, which is being vacated by Jamie McMurray.

Kurt’s no spring chicken. Wherever he winds up, he may win a race or two, but his days of being a threat to win a championship are pretty much done.

I think he still has the talent but don’t think there are any opportunities better than what he walked away from.

between the bridges he’s burned in the past and his age, I’m not sure he shouldn’t have stayed if remotely possible.

Too old, too expensive.

To think Kurt walked away is just absurd. Monster was done, Gene Haas needs to fund his F1 dream so look for a Latin driver with sponsorship to take the seat. Its all about sponsorship in todays NA$CAR. How big a check can you bring. As for Kurt being too old to compete, probably not, but the number of good seats are sure limited. That may prove to be his Achilles heal.

Absolutely bring the money get a ride.

I remember when Kurt called Jimmy Spencer a decrepit old man. What goes around comes around.

Was thinking about that too. Even in his 60s, Jimmy S. could still kick KuBu’s ass. Here’s the crying towel KuBu.

I noticed Kurt didn’t thank Ford Motor Company. Was FoMoCo the driving force to get Kurt suspended in a rush to judgement on the abuse accusation even though he was driving a GM car.

He is still a very serious contender for a top 10 finish at just about any active NASCAR track. If he is in the right equipment, he is always a threat for a win. Should he land with Ganassi or another top tier program, he will be a valuable asset to that program as he was when he raced with Barney Visser and Furniture Row Racing earning the team’s first berth in the Chase for the Sprint Cup in 2013.

He’ll have to decide if he wants to race for the thrill of racing for less money on a lower tier team or call it a day. Same deal Kenseth got. The new reality. I would hope he has banked/invested enough where he doesn’t need to do it for the money anymore (of course if someone wants to pay you a truck load of money, it’s hard to say no but it doesn’t look like the truck is forthcoming).