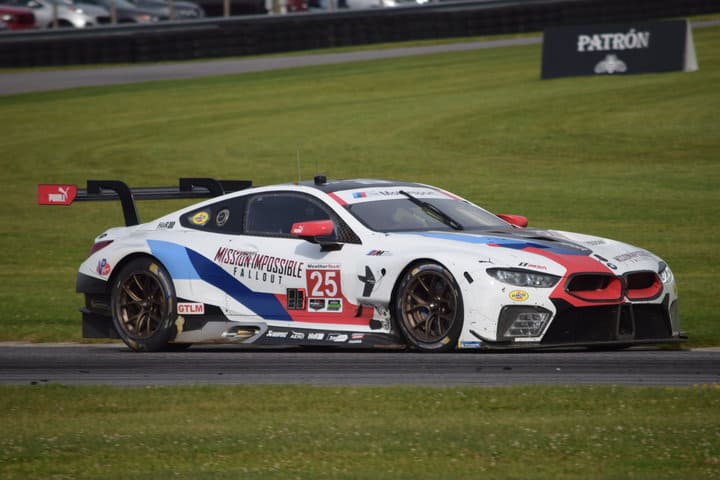 BMW Motorsport held their annual Season Review show in München on Friday night.  While the company was ultimately celebrating their rather successful 2018 season, which included race wins all around the world and overall victory in the Total 24 Hours of Spa, announcements for 2019 were made as well.

BMW previously announced their entry into the ABB FIA Formula E Championship, which starts next weekend in Riyadh, Saudi Arabia.  Alexander Sims, who drove full-time in the IMSA WeatherTech SportsCar Championship last year, will be one of those full-time drivers in Formula E.  As a result, lineup changes have been made at BMW Team RLL.

One of the BMW M8 GTEs will be shared full-time by Tom Blomqvist and Connor De Phillippi.  Blomqvist comes to the team after spending the last year as a reserve driver (more or less) for BMW Team MTEK in the FIA World Endurance Championship.  His best finish in three starts was second at Fuji Speedway in October.  He finished eighth in class at Watkins Glen earlier this year in his only previous start in the IMSA WeatherTech SportsCar Championship.

In 11 starts in 2018, De Phillippi claimed two class victories (VIR and WeatherTech Raceway Laguna Seca) in the No. 25 along with additional podium finishes at Sebring and Mid-Ohio.  He ultimately ended up sixth in GT Le Mans points.

The second BMW will be shared by John Edwards and Jesse Krohn, who both drove the No. 24 full-time in 2018.  This car struggled more than the No. 25, ultimately only earning podium finishes at VIR and Road Atlanta.

The four full-time drivers will be joined by a group of additional drivers for the endurance events.  The most notable of these drivers is Alex Zanardi, who will be making his Rolex 24 at Daytona debut.  The 53-year old Zanardi continues to race on a part-time basis around his handcycle competitions despite losing his legs in a crash at the EuroSpeedway Lausitz in 2001.  BMW has modified one of their cars to have a hand control system that will not get in the way of the other drivers that will be competing in the car.  Krohn has already tested the system himself.  In theory, the drivers could use either system to stop the car.

Zanardi will share with Edwards, Krohn and Virgin Australia Supercars Championship veteran Chaz Mostert.  De Phillippi and Blomqvist will have Philipp Eng and Colton Herta join them at Daytona.