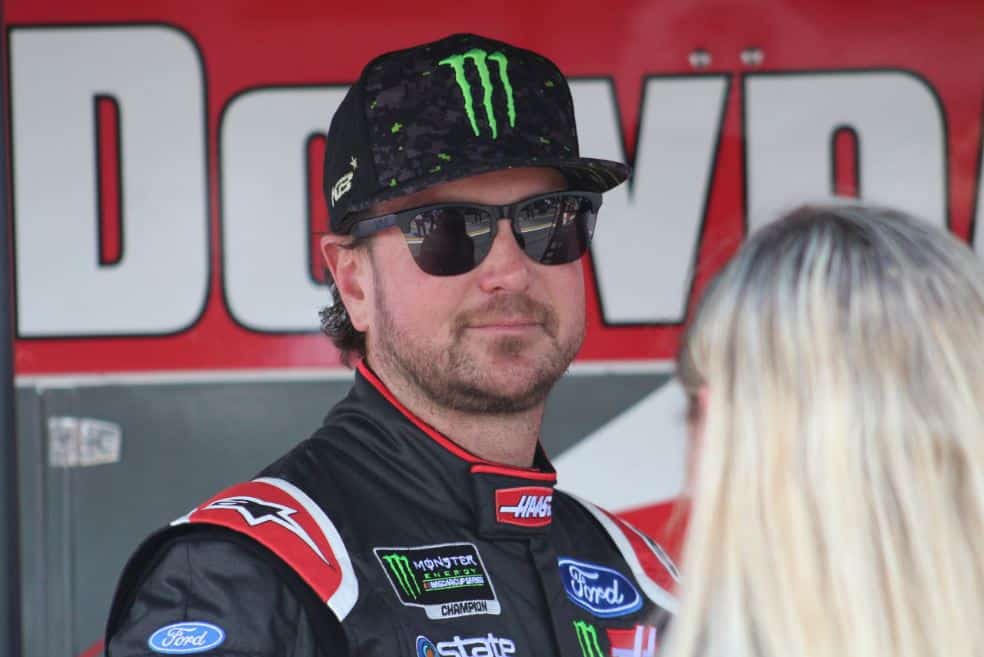 In 2017, Kurt Busch wasn’t confirmed to be returning to Stewart-Haas Racing for the 2018 season until Dec. 12, though he and sponsor Monster Energy both ultimately returned to the No. 41 Ford Fusion for his 18th Monster Energy NASCAR Cup Series season.

The 2018 season started out poorly for Busch, as he couldn’t defend his Daytona 500 title after a crash left with him a 28th-place finish, and two weeks later at Las Vegas he again failed to finish, finishing 35th due to crash damage.

But other than that, his finishes for the first seven races were all between seventh and 14th, which, while not as excellent as the dominance of teammate Kevin Harvick or the Toyotas of his younger brother Kyle Busch and Martin Truex Jr., was still very solid and in any other season would have been seen as extremely good.

From the spring Richmond Raceway race to Sonoma Raceway, Busch pulled out six top 10s in eight races, and for much of midsummer, he was the highest-seeded driver without a win, eventually climbing as high as fourth in the overall standings.

At Chicagoland Speedway, Busch tangled with Harvick for the stage win, losing a drag race to the finish line, which deflated his day as he dropped to a 17th-place result. That type of scenario happened often for Busch and his teammates, where either pit-road mistakes or through teammates’ indirect actions SHR was denied a half-dozen races more.

Things didn’t improve the next week, either, as he again crashed out early at Daytona International Speedway, caught up in the first Big One, which left him with a season-low finish of 37th.

But while the Team Penske Fords took the spotlight the next weekend at Kentucky Speedway, Busch quietly began a hot streak of his own, finishing sixth, eighth, ninth, ninth and sixth on such varied tracks as New Hampshire Motor Speedway, Michigan International Speedway and Watkins Glen International.

Next up was Bristol, and was it ever bizarre, including a major wreck involving at least 15 cars shortly after the green flag waved. But after 500 laps of high-banked short track mayhem and insanity, Busch’s Fusion parked in Victory Lane with its nose bashed in.

Shortly after Indianapolis Motor Speedway, the news broke that Jamie McMurray, in the midst of a struggling year, would not be returning to Chip Ganassi Racing for the full 2019 season. With several other high-profile rides on the Silly Season carousel open, the No. 1 was quickly linked to Busch.

The playoffs began with a return trips to Las Vegas and Richmond, which both produced mediocre results (21st and 18th, respectively) for Busch. But one of the MENCS’ more underrated road racers survived the chaos of the inaugural Charlotte ROVAL event, starting on the pole and coming home fifth, which was enough for him to slip into the second round.

A fifth-place at the Dover playoff race made up for finishing 14th at Talladega after running short on fuel and 18th at Kansas, which meant that Busch, alongside his teammates Harvick, Clint Bowyer and Aric Almirola, all advanced into the third round.

It looked very much like Kurt would join Harvick, Kyle and Truex in the Championship 4 as the semifinal round began, finishing sixth at Martinsville and seventh at Texas. But a crash at the newly reconfigured ISM Raceway left him 32nd, eliminating him from championship contention.

In the finale at Homestead-Miami Speedway, he ran a respectable 10th, closing out the year with five poles, a win, three stage wins, six top fives and 22 top 10s, making him a vital contributor to SHR’s year of dominance. For the season standings, he came in seventh.

On Dec. 4, it was confirmed that Busch and Monster would move to Chip Ganassi Racing, taking over McMurray’s ride for the 2019 MENCS season, driving the No. 1 Chevrolet Camaro ZL1.

Leaving SHR for Ganassi may be seen as a curious move to some, but while CGR was extremely inconsistent this season with McMurray and Kyle Larson, for much of the year Larson’s No. 42 was the class of the Chevy brigade, able to run in the top five in a year where Chase Elliott was the only other Chevy to reliably crack the top 10. McMurray’s team, too, had moments when it shone up near the front, so things should look up with Busch behind the wheel.

CGR will become Busch’s sixth Cup team; he previously drove for Roush Racing in the No. 97 Ford from 2000-2005 (where he was replaced by McMurray), moving to Team Penske in 2006, where he stayed until 2011, driving the Nos. 2 and 22 Dodges. He regained the respect of the garage with his 2012 performance in Phoenix Racing’s low-budget No. 51 Chevy, while in 2013 he took Furniture Row Racing to the playoffs for the first time in team history, laying the groundwork for Truex’s success there. He joined SHR in 2014 in the newly created No. 41 after signing with Gene Haas while Tony Stewart was recovering from a broken leg.