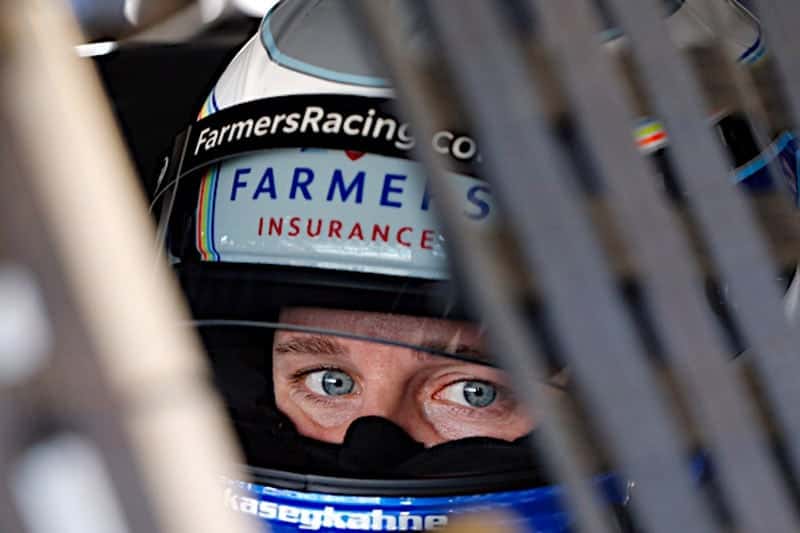 For several drivers, 2018 marks the end of a NASCAR journey. Among those who have said they don’t plan to race full-time (or at all) in the sport in the future are Jamie McMurray (who may run the 2019 Daytona 500 before he hangs up his helmet), Kasey Kahne, Matt Kenseth, Cole Whitt, Elliott Sadler, Spencer Gallagher, Justin Marks, Justin Fontaine and Wendell Chavous.

There are two groups here. McMurray, Kahne, Kenseth and Sadler are aging out, ready to spend more time with their families after years on the road. Kahne may still race sprint cars, but he can pick and choose a schedule that suits him, not the 10-month marathon that is NASCAR.

The others are much younger and, seemingly, just at the beginning of their careers.  So why bow out now? With the exception of Gallagher, none were successful in finding the kind of well-funded, full-time ride in which a driver can start a solid career. While all cited other reasons for leaving, it’s not a stretch for the underlying reason to be that they didn’t see a future for themselves in full-time NASCAR in today’s driver market.  To have a career like the first group enjoyed is no easy feat; for every driver who has a long and successful career, there are dozens who might dip a toe in the water but never get invited into the pool.

Gallagher’s family-owned GMS Racing is an exception; it’s competitive in the Gander Outdoors Truck Series, winning the 2016 title with Johnny Sauter and scoring a respectable 23 race wins since 2013. A more recent foray into the Xfinity Series hasn’t produced the same results, but the team is still growing in that series.

But Gallagher as a driver hasn’t been as successful as Sauter or youngster Justin Haley and, at 29, probably wasn’t going to set the world on fire. He’ll take on a role in the team’s management, something into which he can grow.

So what does all this mean for NASCAR? Again, there are two separate things coming into play. The older group of drivers are a part of a larger group that has retired in the last few years, including Jeff Gordon, Tony Stewart, Carl Edwards and Dale Earnhardt Jr. That’s a lot of big names in a relatively short period of time. It’s not totally unexpected; NASCAR underwent a big youth movement in the late 1990s and early 2000s — and those drivers are now the older generation. Some remain, like Kevin Harvick, Jimmie Johnson, Kurt Busch and Ryan Newman. But a driver can only outrace the years for so long.

It’s a bit difficult for the sport because NASCAR is in a transition period.  Changes in the season structure and rules have largely come about in the last 10 or 15 years. There’s a faction of fans who are unhappy with the way the sport has evolved but who stuck around out of loyalty to their driver. But when that driver retires, will they choose a new one or also fade away?

Longtime fans have been through it before in terms of a driver no longer racing. They choose someone else to pull for (for the most part; some never do). There’s a reason why Earnhardt and now Chase Elliott enjoyed instant popularity.  Yes, they are their own people, but they were also an anchor for fans looking for someone to follow with a familiar name.

But with some longtime fans on the fence (or worse), will that be the case, or will they simply drift away?  That’s a question on which NASCAR can’t afford to gamble.

The loss of younger drivers is also indicative of a bigger issue.  So many teams now depend on driver to bring them funding that a young driver without big backing cannot break into the sport, even with the talent to compete. The cost of competition is something NASCAR is going to have to address and address soon.

The times, they are a-changin’ in NASCAR. One youth movement is giving way to the next generation, and one is finding its chances stymied before it can even get off the ground. In the long run, both are something NASCAR needs to think long and hard on the next step to keep fans engaged and costs down.

It’s all ride buyers these days. The best talent never makes it out of the small town bullrings because they haven’t got daddy’s millions to spend. That is the biggest problem with racing these days, not just Nascar but every form of auto racing.

Positively right to the point. The stars of years gone by Earnhart, Elliot, Wallace couldn’t make in Nascar today, they wouldn’t have the look or polish, but they had the grit and determination to race to the top.