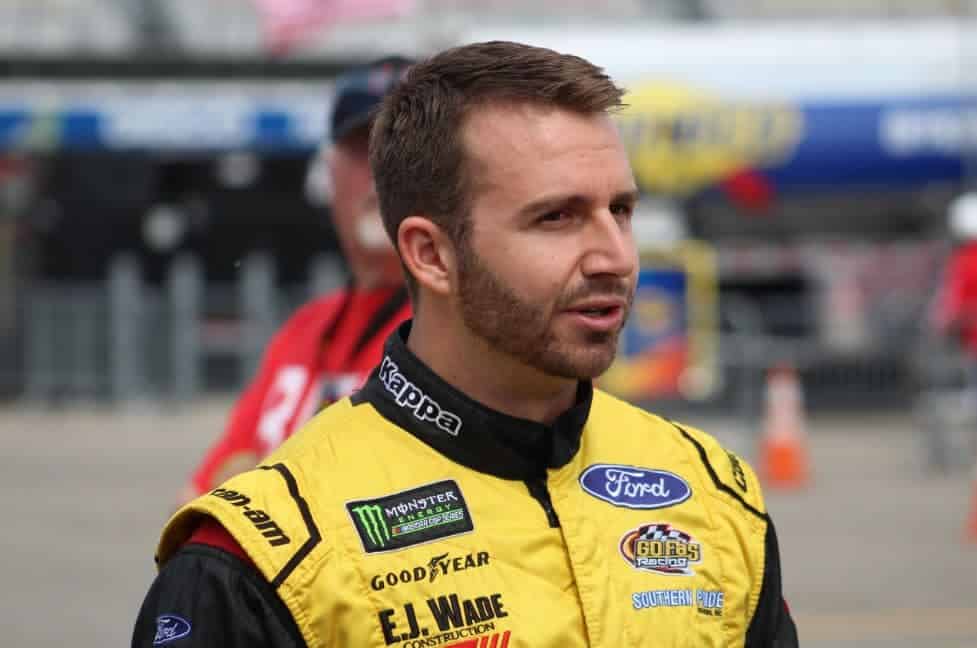 If there is one word to describe Matt DiBenedetto‘s 2018 season, it would be grit.

DiBenedetto and his No. 32 team did not light the world on fire by any means this past season, but once again outperformed expectations with aging equipment, a can-do attitude and a little bit of help from their fellow competitors. In his second year with the small single-car team of Go Fas Racing, Dibenedetto posted similar numbers to 2017, with nearly average start and finishing positions to go along with one top-10 and seven top-20 finishes.

In the seasoning opening Daytona 500, the Grass Valley, Calif. native found himself in a position to win the biggest race of his life. With just five laps to go in the Great American Race, DiBenedetto had driven up into the top 10. However, with less than two laps to go, Dibenedetto was running sixth when he was swept up in a wreck, relegating him to a disappointing 27th-place finish.

Riding high off the Daytona momentum, Dibenedetto earned a respectable top-25 finish at Las Vegas Motor Speedway two races later. However, the team found itself in a predicament going into the next race at ISM Raceway at Phoenix — they did not have a primary sponsor booked for the weekend. The social media-savvy DiBenedetto turned to his fans for help.

We hate doing this, but we are UNSPONSORED as of right now for @ISMRaceway this weekend! If you or anyone you know has the ability to help us connect with a business interested in coming on board this weekend please contact the @GoFasRacing32 page ASAP! pic.twitter.com/3hbFnTBBqI

Within hours, two of his fellow competitors and a NASCAR Hall of Famer came to his rescue:

Hell im in for 5k. Where do i send the check @mattdracing? https://t.co/cyQCui9Apv

well i'm guessing it won't look like this for long.

today has been crazy fans/racing community.

In addition to the contribution from his peers, the Go Fas Racing had a primary sponsor by the time the Phoenix weekend arrived.

Here’s @mattdracing’s car after he shook the trees a bit with a video about needing sponsorship. How he got @zyngapoker as the primary: @dennyhamlin tweeted about it, @BarstoolBigCat RT’d Denny and then a Zynga exec saw the Big Cat RT. Team got flooded with emails and calls. pic.twitter.com/eFp75aPD66

Who would’ve thought that a @mattdracing video campaigning for networking help would’ve led to something like this?

Thank you to everyone at @zyngapoker for their continued support. ? it’s been a great year. pic.twitter.com/S33BQwo6MD

Organizations ran by Kevin Harvick, Denny Hamlin and Darrell Waltrip all chipped in to help get the team to the track. Hamlin’s support caught the attention of Zynga Poker, who came on board as the primary sponsor.

To cap off the weekend, DiBenedetto wheeled the No. 32 to his second consecutive top-25 finish. Impressed by the result, new sponsor Zynga Poker signed on as a primary sponsor for additional races throughout the rest of the season.

As the Monster Energy NASCAR Cup Series traveled across the country in the spring, DiBenedetto had an incredible four-race run from Texas Motor Speedway to Talladega Superspeedway. In that brief stretch, his small team did not post a finish worse than 21st, including a pair of 16th-place results at Texas and Richmond Raceway.

However, the hot streak came to a sudden halt. After the All-Star break, the 27-year-old posted a pair of consecutive DNFs at Charlotte Motor Speedway and Pocono Raceway due to mechanical failures. These were the team’s first DNFs since the season opener at Daytona. Combined with a disappointing 36th-place finish at Michigan International Speedway, DiBenedetto’s summer was off to a dismal start. However, the team bounced back at Sonoma Raceway when DiBenedetto wheeled his Ford to a 17th-place finish.

Two races later in the Coke Zero Sugar 400, DiBenedetto was again in contention at Daytona. This time, he survived the multitude of wrecks and lined up fifth on the overtime restart. The Californian worked his was up to third, but was shuffled back on the final lap. The journeyman held on and crossed the finish line in seventh, the best finish ever for Go Fas Racing.

"That was one of the craziest races I've ever taken part in."

In the final two races of the regular season at Darlington Raceway and Indianapolis Motor Speedway, DiBenedetto’s season hit a snag with another consecutive DNF streak due to similar mechanical problems. Once in the playoffs, DiBenedetto averaged a lackluster 27th, but tallied an admirable 13th at the Charlotte Motor Speedway ROVAL.

Arguably NASCAR’s most popular underdog, DiBenedetto had a mediocre season on paper. Dibenedetto did not improve on his results from 2017, but he certainly did not regress. Throughout a bumpy year, DiBenedetto kept his nose to the grindstone and turned plenty of heads with his performances in the Daytona races.

In 2019, Dibenedetto departs for Leavine Family Racing, a team with a newly-formed alliance with the powerhouse Joe Gibbs Racing. He replaces the recently-retired Kasey Kahne and Regan Smith in the team’s No. 95 Toyota.

DiBenedetto earned the ride thanks to the tremendous grit he showed during this brief two-year stint for Go Fas Racing.

Since joining Archie St. Hilaire’s team in 2017, DiBenedetto has improved the team’s average finishes by nearly 18 percent — from the mid-30s to the mid- to high-20s. Additionally, the driver has recorded all three of the team’s top 10s. Personally, DiBenedetto has seen a 10 percent increase in his finishing position and quadrupled his career top-10s since joining Go Fas.

Early indications suggest that DiBenedetto will have a much better year next year due to the newer Toyota equipment at LFR, which should help further prove the talent of this wheel-man.