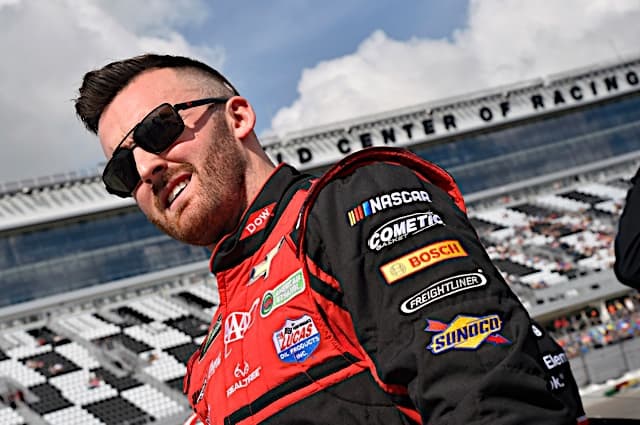 For Austin Dillon, 2018 was a year of outsized success.  He started out the season by winning on the sport’s biggest stage.  However, he also more or less drove through Aric Almirola to get there.

Winning the Daytona 500 also locked Dillon into the playoffs.  Ostensibly, that gave Richard Childress Racing more than six months to tinker around and find something that would really boost Dillon’s performance.  That really didn’t happen.

In comparison to 2017, Dillon started a little bit better and had an average finish of 17.5.  Cutting his DNFs down from five to three probably accounted for much of the positive movement.

Take the win away and 2018 was simply not a playoff year for Dillon.  Then again, neither was 2017.  After winning the Daytona 500, Dillon proceeded to slowly drop down the order.  By all means, starting the year with two top 10s and no finishes worse than 17th in the first five races is not terrible.  However, it’s not really the performance of anyone expecting to challenge for a title.  By Fontana, he was down to 12th in points.  A couple bad weeks, combined with 15th-place finishes at Bristol and Richmond dropped him to 14th.

Then came Talladega, a race where Dillon spent a good chunk of the race towards the rear of the main pack in an attempt to stay out of trouble.  Unfortunately, the trouble found him when he tried to avoid the crash.

Man what a day sucks our day was ended by a grass monster @Scooper_Cat pic.twitter.com/6xDQGQfDb9

Popping a wheelie clean out of the GEICO 500 at Talladega dropped Dillon from 14th to 17th in points.  He never got back into the top 16 for the rest of the season (excluding the playoffs) from that point on.

The middle of the season was actually very quiet for the No. 3 team.  Dillon would put up a decent finish, then follow it up with a weaker run.  That made it difficult for Dillon to get into any real groove.

Outside of the Daytona 500, Dillon’s best run of the year was a fourth-place finish at Michigan in August.  The two-mile D-shaped oval is one of Dillon’s better tracks.  It’s one of only three (the others being Daytona (his best track) and Martinsville) where Dillon has multiple top five finishes.

Dillon ultimately didn’t enter the playoffs with much momentum.  He did have five playoff points to fall back on after his Daytona 500 victory, which gave him a slight cushion to use to his advantage.  Interestingly enough, the Round of 16 started off quite well.  An 11th-place finish at Las Vegas was followed up by a sixth at Richmond, his third-best finish of the whole season.  That put Dillon in a tie for ninth in points, 10 points ahead of Clint Bowyer in 13th entering the unknown that was the Bank of America ROVAL 400 at Charlotte Motor Speedway.

Unfortunately for Dillon, road racing is not one of his strengths, despite a number of starts in the Trans-Am Series presented by Pirelli’s TA2 class that were designed to improve his skills.  He qualified in 24th and did well early on.  He was able to move up into the top 15, then took a gamble on staying out to get stage points in Stage No. 2.  Problem is, that strategy put him back to 25th for the start of the final stage.

Dillon was unable to make much progress through the field before he ran up on the slower Chris Buescher in Turns 13 and 14 (normally Turns 3 and 4).  He went high to avoid the No. 37 and managed to put himself in the wall.  The team made repairs, but Dillon got too aggressive trying to catch up.  The right front tire blew on Dillon’s Chevrolet, pitching the No. 3 into the wall and out of the race.

After being eliminated from the playoffs, Dillon’s performances were actually significantly better than average.  He had three top 10 finishes in the final seven races with a best finish of seventh at Dover.  That moved him up to a 13th-place finish in points.  Overall (sans playoffs), he would have been 17th.

In all honesty, Dillon has regressed a little from what is statistically his best year, 2016.  That year, he finished 14th in points after putting up career-best totals in top five finishes (four), top 10 finishes (13), poles (two) and average finish (15.9).  Problem is, that regression is really not on Dillon.  RCR as a whole has not been all that great over the past couple of years.  They’ve more or less lucked into their only victories since Kevin Harvick left the team at the end of 2013.

Away from the track, Dillon and his wife, Whitney, spent 2018 celebrating their newlywed status.  The couple married just after the end of the 2017 season.  Earlier this week, they celebrated their first anniversary.  Dillon proceeded to spend it hunting (with Whitney’s blessing, of course).  He also took out this slightly more than half-page ad in the Chattanooga Times Free-Press to proclaim his love:

Admittedly, the first thing I noticed here is that Whitney is apparently from Soddy-Daisy, Tenn.  Longtime ARCA fans may recognize that as the hometown of former racer Ron Cox, a fact that the late Benny Parsons would often reference when ESPN aired ARCA races.  And yes, the big buck pictures are there as well.

In addition, Dillon hosts a series on YouTube called Barn Life.  The show is referred to as such because he literally lives in a barn.  The show was originally pre-recorded, but later transitioned into a live show where viewers could chat in time.  The show more or less covered whatever the deuce Dillon and his friends felt like talking about.  His on-track performance was often talked about, in addition to football and music.  There were also special guests from time to time, including Christian McCaffrey of the Carolina Panthers and FOX Sports’ Adam Alexander.  Here’s the first episode:

For 2019, Dillon will be right back in the No. 3 Chevrolet with a number of sponsors including DOW Chemical.  He’ll be looking to back up his victory in the Daytona 500 with more paydirt.  He’ll be the veteran of the team now that Ryan Newman has departed for Roush Fenway Racing.  In Newman’s place, Daniel Hemric will be Dillon’s teammate.  Having put an average finish of 13.4 over the last seven races, Dillon should have a little momentum entering the year.  What remains to be seen is whether he can capitalize on it.  Luckily, there is no better place to start the season for Dillon than Daytona International Speedway.