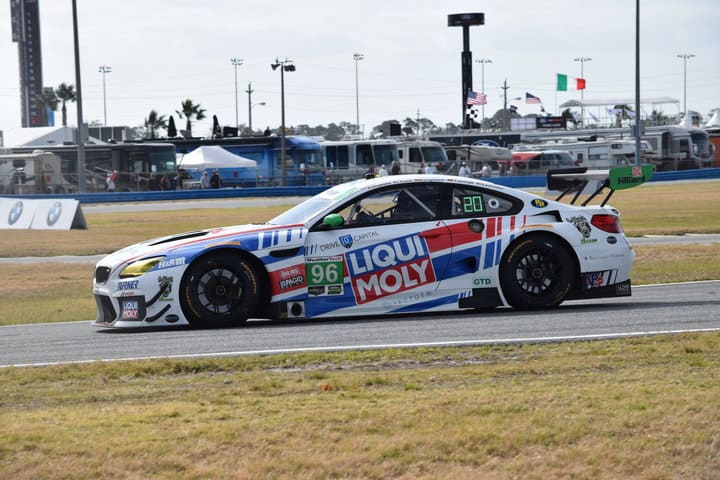 Turner Motorsport announced Thursday (Dec. 13) that they will be entering cars in both the Rolex 24 at Daytona and the BMW Endurance Challenge at Daytona.  It will be the team’s first race in the now-Michelin Pilot Challenge since 2014.

In the IMSA WeatherTech SportsCar Championship, Turner Motorsport will be back full-time in the GT Daytona class.  The No. 96 BMW M6 GT3 will be shared for the full season by veteran Bill Auberlen and Robby Foley.  Auberlen, now 50, has “cut back” after spending the better part of 20 years as a factory driver for BMW.  He’s still a tough out, regardless of age.

In Foley, he has a 22-year old racer as a teammate.  Foley made his series debut in the Rolex 24 at Daytona back in January and split his season between Turner Motorsport and P1 Motorsports.  In seven starts, Foley’s best finish was fourth in class at Road America alongside Auberlen.

“I am very pleased to race the full 2019 IMSA season with BMW, Turner Motorsport and Robby Foley,” Auberlen stated in a press release.  “There are very few things I have not done in a BMW over the last two decades, but this year there is something that has my focus. I am only three victories away from being the all-time leader in North American sports car victories. Those wins – and the GTD championship – will make for a very good year with my friends at Turner Motorsport.”

Auberlen and Foley will be joined by two additional drivers in 2019.  2017 IMSA Continental Tire SportsCar Challenge Grand Sport champion Dillon Machavern will return to the team for the four Michelin Endurance Cup races.  For Daytona only, Jens Klingmann will return to the team as the second pro-level driver in the team.  For Klingmann, it will be his fourth straight year with the team at Daytona.

In the Michelin Pilot Challenge, Turner Motorsport will field one BMW M4 GT4 for Foley and his pupils, the father-daughter duo of Bruce and Sydney McKee.  Foley has raced in the series previously, mostly in the now-defunct Street Tuner class.  Meanwhile, the McKees will be making their series debuts at Daytona.  Their previous racing experience is in series such as the PCA Club Racing Trophy East Series.  They’ve also participated in Spec Miata races on the club level under the team banner of FaDa Racing.

Turner Motorsport has had their M4 GT4 for at least six months, but has not raced it in IMSA as of yet.  At Watkins Glen for the Sahlen’s Six Hours at the Glen weekend, the team had the car, which will also carry the No. 96, on display at their hauler.  At Canadian Tire Motorsports Park, the car was used as part of the making of the upcoming film The Art of Racing in the Rain.  In the film, the M4 GT4 will be one of the cars driven by Denny Swift, the main character played by Milo Ventimiglia.