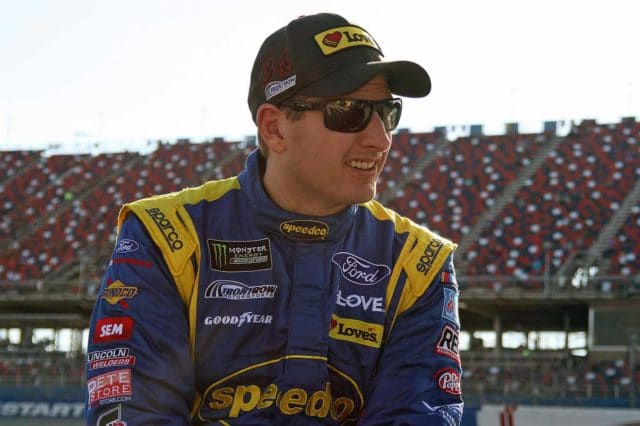 In 2018, Michael McDowell made the move to Front Row Motorsports in the No. 34 car. The move was met with its own criticism and optimism as McDowell replaced fan favorite Landon Cassill, but McDowell himself was met with a similar situation at his former home of Leavine Family Racing as he was replaced by Kasey Kahne.

Despite the new ride, one thing rolled over from 2017: consistency. McDowell improved his average start from the 2017 season with a 23.0 average starting spot, up from 23.9 last season. His average finish fell just a hair but it wasn’t a huge concern for the organization, which is building. Much like he did in 2017, McDowell started off the season with a strong run in the Daytona 500. This year, it resulted in his sixth career top-ten finish.

He entered Atlanta sixth in points, something that a little team like Front Row Motorsports can see has an inner victory. Finishing 24th at Atlanta, the organization headed west with a little momentum on their side but by the end, they would be ready to return to the east coast.

The west coast swing kicked off in a solid way with McDowell leading 11 laps at Las Vegas. Shortly after that high note, the engine hit a low note putting the No. 34 behind the wall and ending their race. The DNF would be his first since Talladega last October. Two sub-par finishes would follow at ISM Raceway and Auto Club Speedway as the organization would head back east to Martinsville.

In the string of races from Martinsville to Charlotte, he’d earn the best finish of 14th at Texas but would also have three finishes 31st or worse which would put a huge killing on the points, withMcDowell dropping from 24th to 31st before rebounding a bit to 28th in the standings in that time frame. As the summertime kicked off, McDowell would have a lot of points to make up and he worked on it with not one finish outside the top-25.

An opportunity was the name of the game at Daytona in July for many of NASCAR’s smaller teams, including Front Row Motorsports. McDowell would show his strong hand, leading a career-high 20 laps and competing with drivers like Ricky Stenhouse Jr. for stage victories. Everything was going great until McDowell got caught up in an accident with Joey Gase and Aric Almirola, relegating him to a 26th-place finish.

From Kentucky to the regular season finale at Indianapolis, the organization would get into a groove. He would only have one finish outside the top-30 coming at Bristol where he was involved in an accident on just the 10th lap. He’d improve from 28th in points to 25th in points before the playoffs kicked off.

The playoffs would be rough for McDowell and the organization as he’d only finish 25th or better four times in the final 10 races. The Roval could’ve been an impressive showing for McDowell but he was turned on the final lap by Denny Hamlin and would be relegated to an 18th place finish. Homestead has been a positive for McDowell in the past but 2018 wasn’t one of those years as he capped off the season in 28th.

.@matt_tifft and I have been friends for a while, so it is exciting to now be able to call him a teammate! Welcome to the team, Matt. pic.twitter.com/e20Oq3C36u

McDowell will return to Front Row Motorsports next season alongside David Ragan and new teammate Matt Tifft as the organization expands back to three cars. With the new teammate, Front Row Motorsports will look to continue building and get better. For FRM and other teams,  the new aero package will be the big story in 2019. Will it help or harm the smaller teams like McDowell’s?