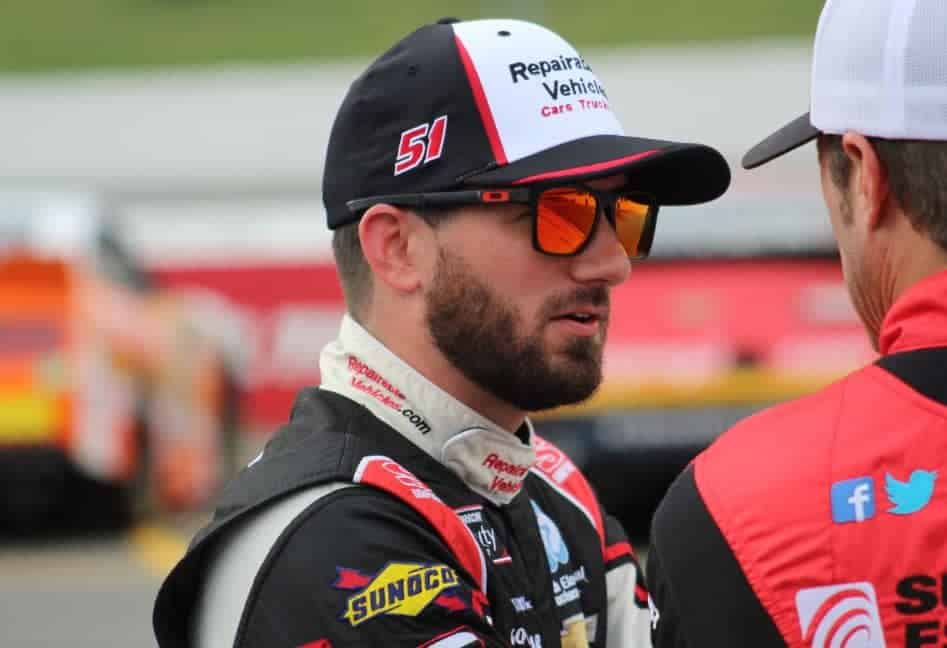 While all eyes were focused on teams in the playoffs, some of the best racing in the field came in the middle of the Xfinity Series field, where teams are scrounging for positions, knowing that an additional finishing position could be the difference in getting an extra set of tires or more sponsorship the following week. That’s NASCAR. That’s the Xfinity Series.

Most team owners in the series, especially ones that didn’t make the postseason would say the top preliminary series in the world is run in three packs. You’ve got your funded teams, all of which are Cup teams or companies with a Cup affiliation. Then there’s the mid-pack, teams that might miss the playoffs, but run their own race. Then there’s the third-tier, where the racing is intense because of the bonuses to being in the top 30 in points.

Let’s focus on the mid-pack.

Eleven of 12 drivers to make the postseason had double-digit top-10 finishes. The one that didn’t was Ross Chastain, who primarily competed for JD Motorsports, an underfunded team. There are many teams like JDM that run in the middle of the pack, thus showcasing Chastain’s talent for making the playoffs.

In fact, of drivers who didn’t make the postseason via driver points, just John Hunter Nemechek (11), Spencer Gallagher (10) and Ryan Preece (10) had 10 or more top 10s. Meanwhile, all of these drivers claimed a checkered flag, though because they didn’t run the full season, none were eligible for the playoffs.

What a day for @GMSRacingLLC. What a freaking day!!!!! We did it guys! ? still have no idea how I did that but what a hot rod. Best damn team in the garage ❤️ See you guys on the boulevard tonight ? #RUNGMS #WEDIDIT pic.twitter.com/V8yZbC2h3S

In 18 starts, Nemechek ran the best of the three in the No. 42 Chip Ganassi Racing ride. He led 211 laps, the most of drivers that didn’t make the playoffs. By no means is Nemechek a “mid-pack driver,” nor is Ryan Preece, who is moving to the Cup Series in 2019 for JTG Daugherty Racing, so these drivers missing the playoffs is a bit skewed, as all three deserved to should they have run the full year. In 2019, Nemechek is moving to GMS Racing, replacing Gallagher, who is retiring from full-time competition and taking on a managerial role with the company.

As for other teams that ran primarily in the middle of the field throughout the season, Michael Annett finished the highest in points, that being 14th. But his season was a total disaster, and he’s admitted that.

Annett, who competes for JR Motorsports, arguably the best team in Xfinity, finished 14th in points, down five positions from 2017. The No. 5 finished the year with just three top-10 finishes, the first of which came over six months into the season. Compare that to his teammates — especially Justin Allgaier, and you’d think these two were running equipment that’s not even comparable to each other, as the No. 7 team had five victories. Never fear, Annett will return to the team in 2019.

Outside of Gallagher finishing 18th in overall points, 15th-20th were filled by real underdog teams that salvaged decent seasons.

Jeremy Clements finished 15th in points with just three full-time employees. Yes, a team with three people working on the No. 51 ride finished 13 points behind Annett, who is filled with a shop of a couple hundred employees. Overachieving for sure, but down from 2017, when Clements grabbed his first victory at Road America. Clements had a pair of top 10s.

Just behind the No. 51 team was Ryan Sieg, also with his family-owned operation. The No. 39 team had a pair of top-10 efforts, more than 2017, though moving down the rankings by one position. His standout race was at Talladega Superspeedway when all three of the teams cars finished among the top 13.

Wanna talk about some real underdogs? OK, let’s take Alex Labbe for instance, finishing 17th in his rookie campaign for DGM Racing. The lone full-time Canadian in the series performed best on road courses, finishing a career-high ninth at Mid-Ohio Sports Car Course. But an average finish of 20.7 is respectable for a team that’s also severely underfunded.

Whenever Garrett Smithley‘s JDM team could afford that extra set of tires we mentioned earlier, he was good. When the No. 0 team had to run older tires that weekend, it was easy to tell why he was off the pace, but that goes unnoticed. Not just with Smithley’s team, but throughout NASCAR, specifically Xfinity and the Truck Series.

Smithley started off the year with a career-best fifth at Daytona, salvaging an additional top 10 in the remaining 32 races. His average finish of 22.1 was the best of his three-year career, improving more than four full positions from 2017 (26.5).

What an incredible day!!! The @JDMotorsports01 team worked their tails off all off season and brought 4 bad fast cars to @DISupdates First top 5 for me, and a heck of a start to 2018. Let’s do this. #PatienceNeverGiveUp @GetFlexSeal #Daytona pic.twitter.com/FEjBIq5DSf

Joey Gase rounded out the top 20 in points after making the move to Go Green Racing at the beginning of the season. It was by far the best year of his career. The No. 35 team had 13 top-20 finishes, including a pair of three-race stretches with consecutive top 20s, the longest streak of his five-year career. He will likely be moving to the Cup Series in 2019.

Unfortunately, Kaz Grala‘s rookie season didn’t go as planned. The 20-year-old started off the year with JGL Racing, then that team shut down mid-season. He joined FURY Race Cars at Charlotte Memorial Day weekend, but only had funding to run 12 of the final 23 races. Between New Hampshire in mid-July and Homestead, the New England native didn’t compete on an oval.

With all of that said, Grala started the year with a bang, finishing fourth at Daytona. In his first outing with FURY, the No. 61 car finished 10th, earning three more top 10s throughout the season. Should Grala find funding for 2019, he could potentially make the postseason, as the talent is there.

David Starr had a season in which you’d think David Starr would have running for Jimmy Means Racing. Respectable, not flashy, but the best season on paper JMR has had since going full-time racing in 2014. The No. 52 team had an average finish of 26.4, with a pair of 17th-place finishes. It’s unknown what the teams plans are for 2019.

Both Chase Briscoe and Shane Lee raced in top equipment in 2018, despite only running 17 and 13 races, respectively, hard to gauge where they belong among packs.

However, Briscoe, especially, is an interesting case because he split time between Roush Fenway Racing and Stewart-Haas Racing, and boy was there ever a difference. When competing in the No. 60 for RFR, which he did 12 times in 2018, he had a trio of top 10s, though also having three DNFs. That car specifically was snakebit all season long, adding Austin Cindric and Ty Majeski into the fold, being involved in more than 25 incidents. Meanwhile, Briscoe won the first NASCAR race at The ROVAL, and will move to SHR full-time in 2019, where he will be a threat for the title. There’s no way he’s a mid-pack driver.

Are you kidding me?! Never in a million years did I expect to get to drive a single race in @NASCAR and to now win in the @NASCAR_Xfinity Series for my hero @TonyStewart is so amazing. Thank you so much @FordPerformance for believing in me! Thank you everyone for the congrats! pic.twitter.com/8qYA9hb7LR

On the other hand, Lee, showed speed in qualifying, but rarely got the finishes he deserved. Many times the No. 3 team failed to execute throughout the race, hurting its finishing position. Lee ended 2018 with an average finishing position of 14.8, nearly five positions lower than where he qualified.

There were some real battles this year between mid-pack drivers in 2018, some engaging in fisticuffs, others with a pat on the back. But outside of Nemechek, Preece, Gallagher and Briscoe, all of which won races, the drivers led a total of 48 laps, with Grala leading the most at 13.