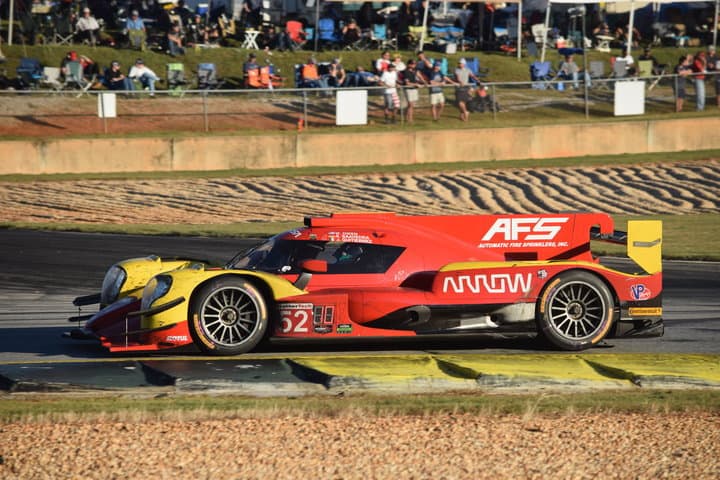 PR1 Mathiasen Motorsports announced Wednesday (Dec. 19) that the team will field their ORECA 07-Gibson for Matt McMurry and Gabriel Aubry full-time in the LMP2 class in 2019.  The two youngsters will replace Sebastian Saavedra and Gustavo Yacaman as the team’s full-time drivers.   The announcement creates the youngest full-time Prototype lineup in the prototype classes as Aubry is 20 and McMurry is 21.

For Aubry, Daytona in January will mark his IMSA WeatherTech SportsCar Championship debut.  He views the move as a new beginning.

“I am delighted to start a new adventure in the US, and to join a great team as PR1 [Mathiasen Motorsports],” Aubry stated.  ” I am looking forward to race and compete in this new environment. The championship will take us to legendary tracks to which I will have to quickly adapt. I am also pleased to do this program on the LMP2 ORECA 07, the same car I am used to racing in WEC. I’ve been training hard since my last race in Shanghai and I can’t wait to be back in a car in Daytona.”

Aubry comes to the team after splitting his 2018 season between the GP3 Series and the FIA World Endurance Championship’s Superseason.  In the WEC, Aubry is currently leading the LMP2 points on the strength of three victories (Spa-Francorchamps, Silverstone and Shanghai) along with teammates Ho-Pin Tung and Stéphane Richelmi.  There are still three races remaining in the current WEC season.  None of them are direct clashes with IMSA, but Sebring will be a very tiring double-duty weekend as the WEC is scheduled to race for 1000 miles in Sebring the day before the Mobil 1 12 Hours of Sebring.

For McMurry, the move is another opportunity to race at the highest levels in IMSA.

“I’m excited for the opportunity to continue to prove myself in the prototype ranks and really appreciate the call up from Bobby and the team’s supporters,” McMurry stated.  “Daytona is always a great way to start the season.  The drivers present are so strong and I can’t wait to take on the challenge.”

McMurry actually started the 2018 season with a full-time ride in Spirit of Daytona Racing’s No. 90 Cadillac DPi-V.R.  Unfortunately, the season turned into a nightmare quickly.  A good run at Daytona was spoiled by mechanical issues.  Teammate Tristan Vautier crashed out at Sebring and the damage forced the team to miss the next two races.  They returned for Belle Isle Park and Watkins Glen before a lack of funding forced the team to stay away for the rest of the season.

Left unsaid in the press release is that it appears that the partnership with AFS Racing is now over.  The team is once again known as PR1 Mathiasen Motorsports.  Expect new colors on the team’s ORECA 07-Gibson in 2019.

The team did not announce additional drivers for the Michelin Endurance Cup races.  Those drivers (minimum of two) will be revealed at a later date.