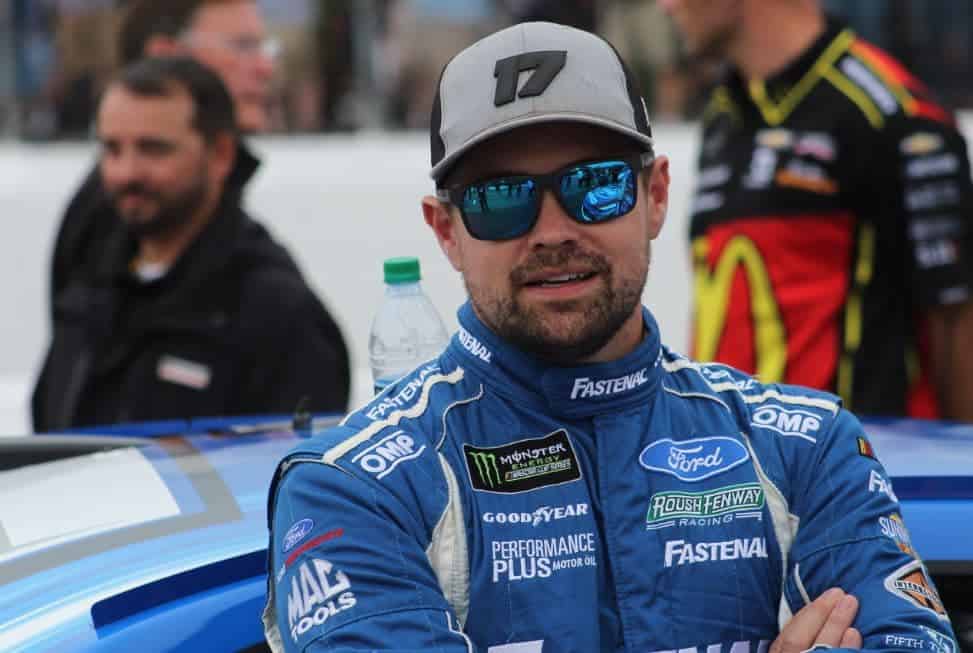 In his sixth full season at the Monster Energy NASCAR Cup Series level, Roush Fenway Racing’s Ricky Stenhouse Jr. regressed a touch. That came after a career year in 2017 which included his first two victories at the top echelon in a stretch of just eight midseason races.

His maiden win came at Talladega Superspeedway in just the tenth race of the 2017 Cup season and he followed it up in the July night race at Daytona International Speedway. That helped the Olive Branch, Miss. native make the playoffs for the first time in his Cup career. Stenhouse finished 13th in the 2017 final reckoning. He was only eliminated at the second cut, following the sixth of ten postseason races at Kansas Speedway.

All told in 2018, Stenhouse Jr. clearly took a step back. He finished 18th in the overall standings, missing the playoffs. He didn’t notch a victory and led just 133 laps all year long. Only three top fives were collected (Bristol Motor Speedway in the spring as well as both Talladega races) and a measly five top 10s. His average finish was a full two places lower at 19.4 (17.1 in 2017) and no pole positions were earned.

Perhaps some extracurricular activity was needed? For a second straight year, the back-to-back Xfinity Series Champion (2011-2012) did not start a race in that series. He failed to moonlight in the Camping World Truck Series as well. (I was mildly surprised while checking through stats to be reminded he has never run a Truck race.)

Stenhouse’s results in 2018 could, then, fairly be categorized as disappointing. That’s based both on expectations headed into the season and the overall strength of Ford. The Blue Oval captured the Manufacturer’s Championship for the first time since 2002. They did that along with the title for Team Penske’s Joey Logano. Add in the dominance of Stewart-Haas Racing for much of the season and Ford was flying high.

Instead, for Stenhouse and RFR their drop from contention started right away. The 2013 Cup Rookie of the Year had a fast car for the Great American Race. Given his success at restrictor plate tracks in 2017, Stenhouse had every reason to be optimistic. But it turned out to be an inauspicious start to the season with Stenhouse triggering at massive 20-car wreck on just the 54th lap of the Daytona 500 – ultimately finishing a disappointing 29th.

By the time the Cup Series departed Martinsville Speedway after the sixth race of the season, Stenhouse’s slow start was in full evidence. He sat 21st in the standings, already a whopping 149 points back from the then-points leader Kyle Busch. But even after a poor start, Stenhouse was quick to remind everyone where his real chances lay of picking up a third career victory.

“Bristol and Talladega and Daytona are tracks that we have circled,” he said that spring. “So, we’ve got four opportunities left to go win a race to get into the playoffs if we don’t get in on points or win another race.”

And so it proved at Thunder Valley, with Stenhouse finishing a credible fourth. Two races later, Stenhouse picked up another top five. He ran fifth at Talladega, leading four laps in the mid-to-late race running. Solid finishes followed at Dover International Speedway (15th), Kansas Speedway (11th) and Charlotte Motor Speedway (10th) in the 600. At the midway point in the regular season, Stenhouse sat 15th with a solid shot at making the playoffs. There was no race win but still plenty of optimism for the program.

Headed into the July Daytona race, the driver of the No. 17 Ford was still in contention at the year’s halfway point. And for a while, it looked as if his 2017 restrictor plate form was repeating itself. Stenhouse won both the first and second stages under the lights at Daytona and led a race-best 51 laps. He ultimately finished 17th and, even worse, was at the center of two huge wrecks that altered the outcome. It became such a rough night, NASCAR provided him a security escort to “ensure his safety as he walked through the Monster Energy Series garage.”

“Winning two stages was nice, but obviously we wanted to win at the end and it’s a bummer we basically crashed all of our teammates out of it,” Stenhouse said of his eventful night. “I was frustrated with myself causing crashes like that. You don’t ever really want to do that.”

But the real damage was done after the night was over. Stenhouse suffered through a difficult six-race stretch with finishes of 16th, 18th, 22nd, 24th, 26th and 30th, ending his chance of making the playoffs on points alone. It seemed like he was never able to mentally shake that Daytona disappointment.

Stenhouse did finish a credible 12th in the penultimate race at Darlington Raceway. But he followed that up with an expired engine, 36 laps from the end at Indianapolis Motor Speedway, and a 34th-place finish. It was never close as RFR found itself on the outside of the postseason looking in.

In the first stage of the playoffs, Stenhouse tallied two sub-30 finishes before rallying during the second stage with a ninth-place run at the Monster Mile – his first top 10 since the Coca-Cola 600 in May. He added a third-place run from a lap down at Talladega for his best finish of a forgettable season. Stenhouse was 11th at Texas Motor Speedway, a distant 33rd at ISM Raceway before ending up 16th in the final race of the season at Homestead-Miami Speedway.

For Stenhouse, you suspect, 2019 can’t come soon enough. A new teammate in Ryan Newman and a switch to the Ford Mustang will be additional challenges for an RFR program that is now fully focused on Cup. Shutting down their Xfinity program, the hope is consolidating resources and sponsorship will lead to better performance.

Stenhouse will need it. 2019 has to be better for him.

Ricky may has a much better year had he been in equipment lets face it Roush is not a top 5 organisation they run with the mid pack and with the underfunded teams. I don’t what Ryan Newman is thinking going to Roush

Why would anyone want Newman or wreckin Ricky ! Newman used to win poles, big deal, race wins are what count. Ricky has won two plate races , where anyone can win. But he sure wrecks a lot of people. A dart with no feathers.