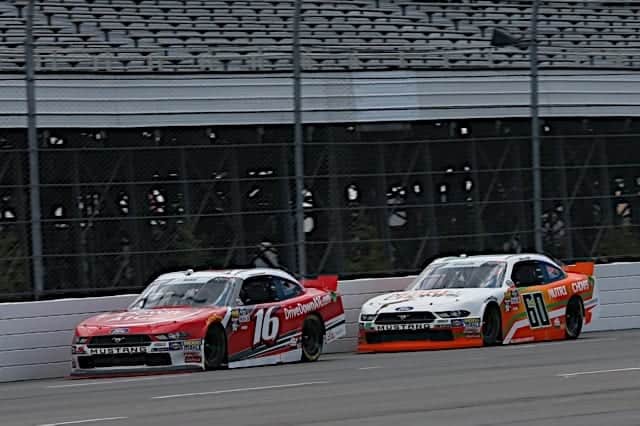 After months of speculation, Steve Newmark, president of Roush Fenway Racing, confirmed that the team has shut down its Xfinity Series program for 2019 in an interview with SiriusXM NASCAR Radio.

Instead of running an Xfinity team, the teams plan is to focus on strengthening its Monster Energy NASCAR Cup Series program, which consists of Ryan Newman and Ricky Stenhouse Jr.

“We’re going to focus exclusively on both of those Cup teams [in 2019] and realized we needed to allocate all of our resources there,” Newmark said. “We’ve fluctuated on the number of the teams in the Xfinity Series, and a lot of that has been based on need. We’ve been four, we’ve been one, and I think [2019] we’ve decided on how we’re positioned we’ll step out of that for a year and see how that goes and just focus all the resources, all the engineering, all the wind tunnel on making sure that we perform to our expectations at the Cup level.”

In 2018, Ryan Reed led the No. 16 team to the playoffs, though he was eliminated in the Round of 12. As for the No. 60 ride, which was split by Austin Cindric, Chase Briscoe and Ty Majeski, it was involved in more than 25 incidents through the duration of the 33-race schedule.

ALBINO: REED UNCERTAIN OF FUTURE, CONFIDENT OF BEING BACK IN RACECAR

Lilly Diabetes announced its departure from the No. 16 car in mid-October, and Newmark said a lack of sponsorship was a key factor of shutting the program down for 2019.

“There’s no doubt that sponsorship plays a factor in everything that we do,” he added. “For better or worse, that’s the way NASCAR is structured right now and sponsorship is the lifeblood for the teams. My hope is that at some point in time we continue to evolve to a model that moves a little bit way from that. But that was just a factor.

“We had a great run with Lilly Diabetes — five full seasons — [and] we handled the Ford driver development program last year, and the Xfinity Series is something that Jack [Roush, team owner] has always been passionate about.”

Over the past 26 seasons in the Xfinity Series, RFR has 137 wins in 1,698 starts with five championships. This decade alone, the team has three championships, as Stenhouse won back-to-back titles in 2011 and 2012, while Chris Buescher secured the championship in 2015.

The whereabouts of Reed and Majeski for 2019 have not been announced. Cindric is moving to Team Penske in a full-time capacity in the series, while Briscoe is doing the same for Stewart-Haas Racing.