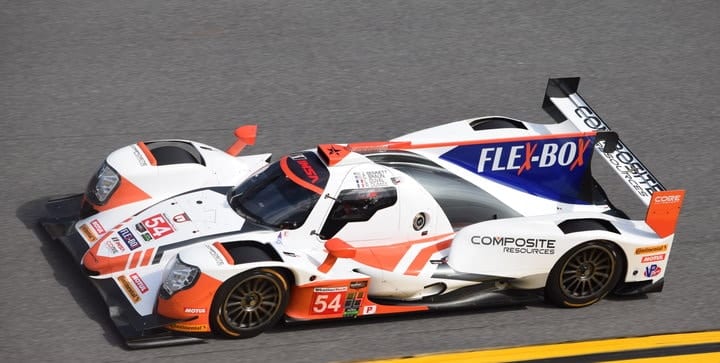 Mazda Team Joest definitely showed the vast majority of what they had during the Roar Before the 24 and Sunday was no exception.  Harry Tincknell topped the regular sessions Sunday (Jan. 6) with a lap at 136.016 mph.

Tincknell’s quick time was set very early in the session, which started just after 11 a.m.  It then held up through the rest of the session and all of Session No. 7.  The lap was nearly four-tenths of a second faster than teammate Oliver Jarvis in the No. 77 Mazda.  Action Express Racing’s Eric Curran was third in his Cadillac, followed by his teammate Filipe Albuquerque.  Wayne Taylor Racing’s Jordan Taylor was fifth.

LMP2 saw DragonSpeed’s Ben Hanley fastest with a lap at 133.535 mph, good enough for 12th overall.  The lap was two-tenths of a second faster than PR1 Mathiasen Motorsports’ Gabriel Aubry.

IMSA WEATHERTECH SPORTSCAR CHAMPIONSHIP ROAR BEFORE THE 24 SESSION NO. 6 RESULTS

By the time the final session of the weekend came around Sunday afternoon, many of the teams had already packed up for the weekend.  GT Daytona teams were done Saturday, while only 15 of the remaining 24 teams took part in the final session.  CORE autosport’s Loïc Duval was fastest overall with a lap at 134.656 mph.

Duval’s lap was one-tenth of a second faster than Mazda Team Joest’s Jonathan Bomarito.  JDC-Miller MotorSports’ Devlin DeFrancesco was third fastest in the No. 85 Cadillac, followed by Timo Bernhard in the No. 77 Mazda.  Juncos Racing’s William Owen was fifth.

Things weren’t all fun and games for Mazda Team Joest.  Halfway through the session, the No. 77 stalled on course with Bernhard still at the wheel.  A red flag was thrown to retrieve the Mazda RT24-P.  It would not return to the track.

DragonSpeed’s Nicolas Lapierre was fastest in LMP2 (eighth overall) with a lap at 133.239 mph.  Lapierre’s lap was six-tenths of a second faster than teammate Pastor Maldonado.

IMSA WEATHERTECH SPORTSCAR CHAMPIONSHIP ROAR BEFORE THE 24 SESSION NO. 7 RESULTS