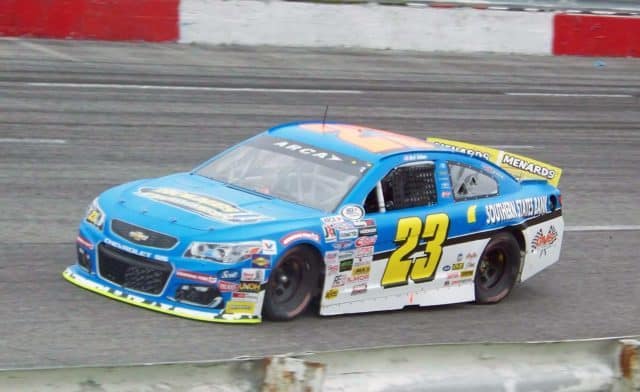 Bret Holmes will return to the ARCA Racing Series presented by Menards full-time in 2019.

Holmes has 41 career starts in the ARCA Racing Series earning with six top-five and 26 top-10 finishes, with a career-best finish of third at Salem in 2016.

He has one full-time season under his belt, coming in 2017 where he finished sixth in points.  He ran 14 of the 20 races on the schedule last season and still tallied a 10th-place finish in the points standings.

“It’s going to be great to run the entire ARCA Racing Series season this year,” Holmes said in a release. “When you’re behind the wheel every race, you really get in tune with your car and team. I’m pretty eager to head down to Daytona this week for the open test. We’ve been working hard over the off season to prepare, and I think we’re going to unload with a fast Chevrolet. I know I’ll have to work twice as hard to balance school and racing, but I’m more than ready. I’m looking forward to what this year holds for all of us at BHR.”

Along with the announcement of Holmes running a full-schedule in 2019, the organization revealed that veteran crew chief Shane Huffman will oversee the No. 23 car. In 2018, Huffman oversaw six races for MDM Motorsports, with two of those being victories. He has two other career victories in ARCA, along with six top-five and seven top-10 finishes.

“I’m honored to work with such a great team,” said Huffman. “BHR has provided us with all of the tools we need to be competitive this season. We’ve put together a strong team and have a talented driver behind the wheel. We have a solid plan for the test session at the end of the week that will allow us to build our notebook for the season-opener at Daytona (International Speedway) next month. It’s going to be a good season for this (No.) 23 team.”

During the offseason, the organization moved to Mooresville, N.C., to be closer to other teams, including GMS Racing. The team will continue its partnership with GMS Chassis in 2019.