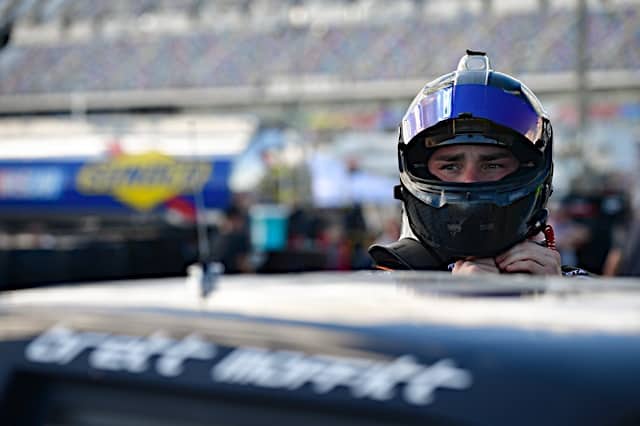 Moffitt, the 2018 series champion, was left without a ride despite winning the title due to a lack of sponsorship with Hattori Racing Enterprises. That set into motion a series of surprising moves, beginning with Moffitt’s release, culminating with a ride at GMS.

GMS parted ways with Sauter, who had been with the team for three years, on Wednesday. Sauter later stated that he had no indication that he wouldn’t return with the team for 2019. The No. 21 team will now become the No. 24, with Jerry Baxter serving as the crew chief.

Moffitt won the 2015 Monster Energy NASCAR Cup Series Rookie of the Year award driving for Michael Waltrip Racing. When the team disbanded, he returned to the truck tour on a part-time. A victory in his sixth career start led to the opportunity to run full-time for Hattori Racing Enterprises in 2018. Moffitt scored six wins, including the last race at Homestead that locked up the series crown for the 25 year old Iowa native.

The NASCAR Gander Outdoors Truck Series kicks off the 2019 season at Daytona International Speedway on Feb. 15.