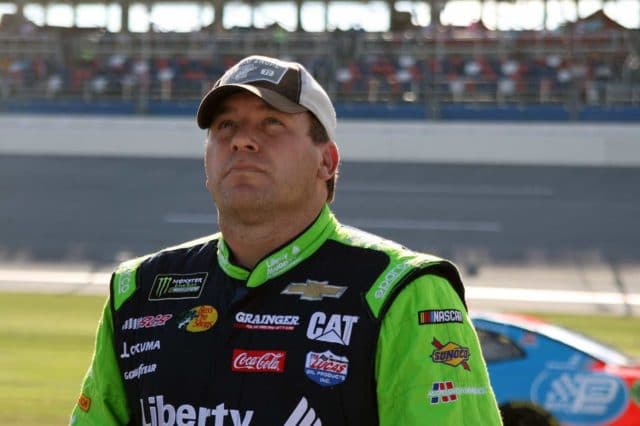 Roush Fenway Racing announced Thursday morning (Jan. 10) that Oscar Mayer will sponsor Ryan Newman in the No. 6 Ford Mustang for several races during the 2019 Monster Energy NASCAR Cup Series season, beginning at the Daytona 500 on Feb. 17.

The maker of bacon, hot dogs and lunch meat will also be the primary sponsor at ISM Raceway on March 10, as well as “a number of other races,” according to a team release.

“The Daytona 500 is obviously one of the biggest and most iconic races in the world,” Newman said in the release. “I can’t think of a better way to kick off the season and our partnership with Oscar Mayer, one of the most beloved brands in the world.”

Our No. 6 won’t be powered by bacon and hot dogs, but our driver @RyanJNewman might be. ?? Check out our new partnership with @oscarmayer debuting at the Daytona 500! https://t.co/szlXUKW327

For each race, the car will be wrapped in a different design to showcase Oscar Mayer products. When not serving as a primary sponsor, it will be an associate sponsor for the full season, a role  it served with the team during Matt Kenseth and Kurt Busch‘s back-to-back series titles for Roush in 2003-04.

“We’re honored to be a season-long sponsor of driver Ryan Newman and Roush Fenway Racing,” Matt Riezman, associate director for Oscar Mayer, said. “We have big plans to support the sport and the No. 6 Oscar Mayer Ford Mustang this year and can’t wait to share our love for tasty Oscar Mayer bacon, cold cuts and hot dogs with NASCAR fans.”

Newman replaces Kenseth and Trevor Bayne, who shared the No. 6 last season.

Hope newman does a commercial singing “my bologna has a first name”.

Or “I wish I was an Oscar Myer weiner”,

Remember the Dale Jarrett/UPS “drive the truck” commercials? Well get ready for a similar Newman/Oscar Myer “drive the wiener-mobile” commercial.

Newman has always been a weiner.

Good to see Oscar Mayer, a major sponsor. coming back to the sport. Newman has to beat the Smithfield car. How does Ford handle this?