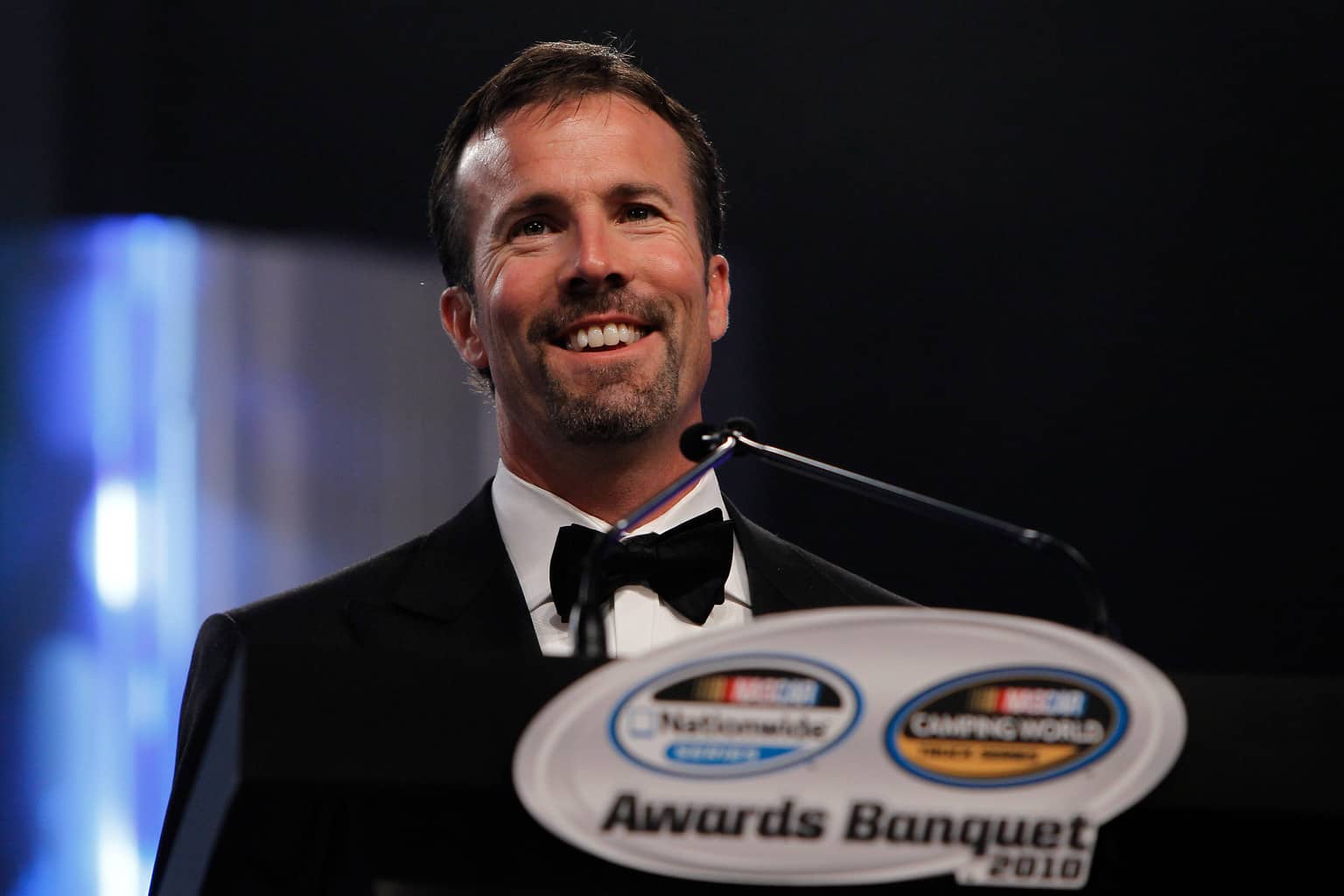 It is with great sadness that we announce the passing of Joe Gibbs Racing Co-Founder and Co-Chairman, J.D. Gibbs, who passed away earlier tonight at the age of 49 from complications following a long battle with a degenerative neurological disease. pic.twitter.com/kmyKRHupeq

He also tried his hand behind the wheel but didn’t find success. Gibbs ran 19 K&N Pro Series East races in 1999 with a best finish of 11th. Additionally, he made eight Truck and five Xfinity series races between 1998 and 2002.

In 1997, Gibbs took over as team president, a position he held until 2015 when he took a step back to manage health problems. Citing symptoms impacting brain function, the team announced he had begun treatment for the issues caused by “head injuries likely suffered earlier in life.”

Though his at-track presence diminished, Gibbs remained involved in the day-to-day operations with the organization and is credited with giving Denny Hamlin his chance with JGR.

His car. His number. His signature above my door. I will always be grateful for what His family did for mine and the opportunity he gave me 14 years ago. Now more than ever #doitforJD

A statement from Redskins owner Dan Snyder and his wife, Tanya. pic.twitter.com/pNpYJ7rdb6

Gibbs is survived by his wife and four children. Additional information about a memorial service will be issued by the team at a later date.

My heart goes out to the Gibbs family, and to the @JoeGibbsRacing family. When I think of JD I think of his inspiring faith & leadership, his smile, and his friendship. Love you and miss you JD. See you in Heaven brother! ? https://t.co/47gNH34wZG

My heart was saddened when I heard the news last night about JD Gibbs passing away. I can’t emphasize enough about what a positive impact JD was on my life. Prayers to all of the Gibbs family. ??

If you want to know how to live life the right way and leave a legacy that will last forever-look no further than the example JD GIBBS set for all of us. A great leader, a man of faith, a family man and a friend. Rest In Peace JD.

Absolutely heartbroken to wake up to the news about JD Gibbs.. You couldn’t ask for a better person. I loved our days of racing late models up and Tri County. JD will be missed by so many… ??
Our thoughts and prayers are with the Gibbs family and everyone @JoeGibbsRacing

My heart goes out to the Gibbs family about JD’s passing this morning. He was always so kind and gracious to everyone.

My heart hurts for the Gibbs family and everyone at @JoeGibbsRacing . He was such a nice guy. Cared about others, treated everyone with kindness and respect. He had a great impact on this world while he was here. ??

JD Gibbs was a friend, a brother in Christ, and a supporter of MRO. Heaven is real, and spending eternity with the Lord is God’s promise to those who trust in Him. It’s not goodbye, JD. it’s I’ll see you later. We love you Gibbs family, and pray for the Lord’s peace and comfort.

Sending prayers up for the family ??? https://t.co/cwfKPhDVxn

God Speed! May you finally rest in peace.

We feared the inevitable outcome, but are shocked and sadden, all the same. Rest in Peace JD Gibbs