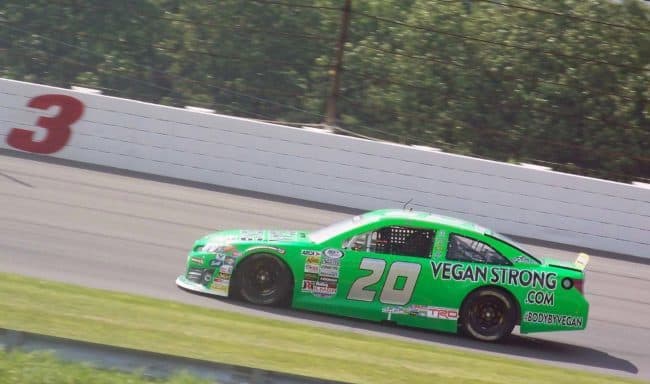 It was all about the girls during the first ARCA test session of 2019 at Daytona International Speedway. Leilani Munter turned the fastest lap during Friday’s sessions while last year’s pole sitter, Natalie Decker, was quickest on Saturday. Along with women leading the way, both drivers piloted Toyotas, giving the manufacturer bragging rights heading into the Lucas Oil 200 on Feb. 9.

Venturini Motorsports and Empire Racing Group were the only two teams to spend the session drafting while a majority of the field ran single-car runs. The No. 7 of Codie Rohrbaugh turned the fastest single-car speed of the session while Gilliland wound up second. Ty Gibbs finished the session in third while his teammate Riley Herbst and Harrison Burton rounded out the top-five single-car speeds.

The four cars of Venturini Motorsports led the way in Friday afternoon’s Daytona session. Munter led the way in her No. 55 What The Health Toyota followed by Christian Eckes, Burton and Michael Self. Fellow Toyota driver Todd Gilliland rounded out the top-five speeds.

31 cars took to the high banks of Daytona with 38 drivers turning at least one lap.

Saturday’s testing kicked off with Decker putting her No. 54 DGR-Crosley Toyota on top of the speed charts with a top speed of 181.921 mph. Gus Dean finished the session in second while Dave Mader III, Bret Holmes and Braden rounded out the top-five speeds.

OUR Motorsports driver CJ McLaughlin led the way in the afternoon session with the top speed of 180.538 mph. Thad Moffitt was second while Brenden Queen, Sean Corr and Andy Seuss rounded out the top-five speeds.