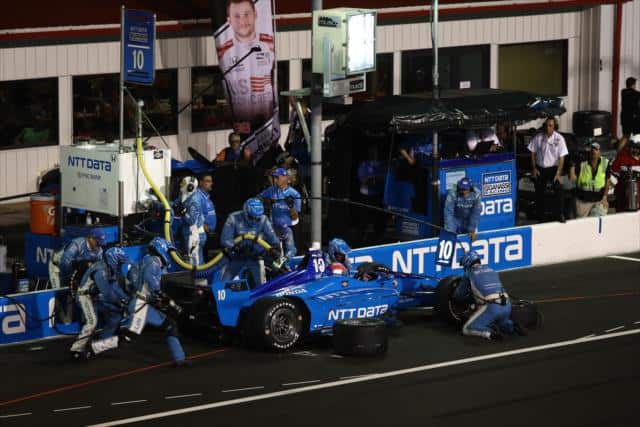 One of America’s largest motorsports divisions will have a new look starting in 2019.

NTT Data, which has been sponsoring Chip Ganassi Racing for several years, will replace Verizon as the title sponsor of the IndyCar Series, now known as the NTT IndyCar Series.

“IndyCar has grown in terms of all of our fan metrics and is a valuable global brand that NTT recognizes,” Mark Miles, president and CEO of IndyCar said. “We feel great about it because they are a corporate giant in global communications and their strategy is to begin to expose the NTT parent brand, which in Japan is a company much like a merger between AT&T and Verizon.”

The next era is here. Introducing: The NTT IndyCar Series.#INDYCAR // #NTT pic.twitter.com/BwArZQAERZ

The multi-year agreement guarantees the series a namesake for at least two years, replacing Verizon, which sponsored the division from 2014 until 2018.

NTT will also be the official technology partner of the IndyCar Series, Indianapolis Motor Speedway, the Indianapolis 500 and NASCAR’s Brickyard 400.

“This is a huge chance for us to let people know who NTT is,” Tsunehisa Okuno, executive vice president and head of global business for NTT, said. “Everyone knows about IndyCar and there is room for growth in the European market and the Japanese market. NTT is a global company and North America is a very important market for the brand.”

The deal reportedly didn’t come together until November, when series executives and driver Takuma Sato traveled to Japan for what would be the winning pitch.