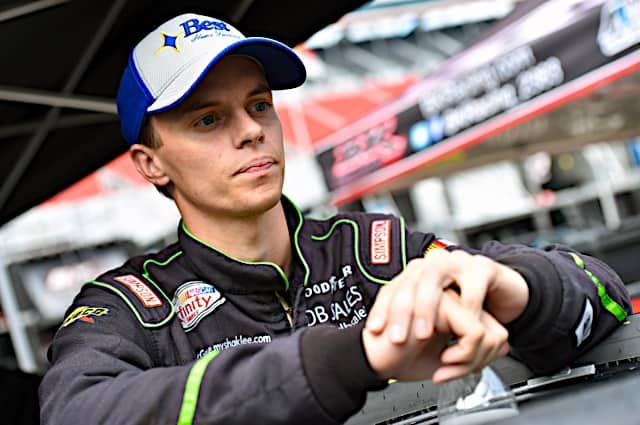 Joey Gase has a new ride for 2019, even though he’ll be running the same number.

The Iowa driver will pilot the No. 35 for MBM Motorsports in the NASCAR Xfinity Series in 2019, the team announced Wednesday (Jan. 16). Gase moves from Go Green Racing, for whom he piloted the No. 35 in the series in 2018.

“I am very excited and thankful for the opportunity Carl [Long, owner] and MBM Motorsports is giving me this year,” Gase said in a team release. “Every off season is stressful when you don’t know what your plans for the following season will be.

This off season by far has been the most stressful of my career with some unforeseen things happening. One evening I was sitting in my office trying to figure out what my next move should be, and then out of the blue Carl gave me a call and we talked for about two hours over the phone, and now here we are.

“MBM Motorsports has grown and improved their program a lot over the last two years, especially the end of last season. I am very excited to be a part of that growth in 2019.”

Added owner Carl Long: “Having an experienced driver in Joey Gase to start our season is a huge blessing. He has worked hard to bring sponsorship to MBM. Today’s driver has to be gifted in handling a car and promotions. Lucky for us Joey is one of the best in all of NASCAR at doing both. Look for us to turn heads this year.”

Gase finished 20th in Xfinity points in 2018, though he scored no top 10s. He’s driven full-time in each of the past five seasons in the series, earning one top five and three top 10s. He also ran eight races in the Cup Series last year and two in the Gander Outdoors Truck Series.