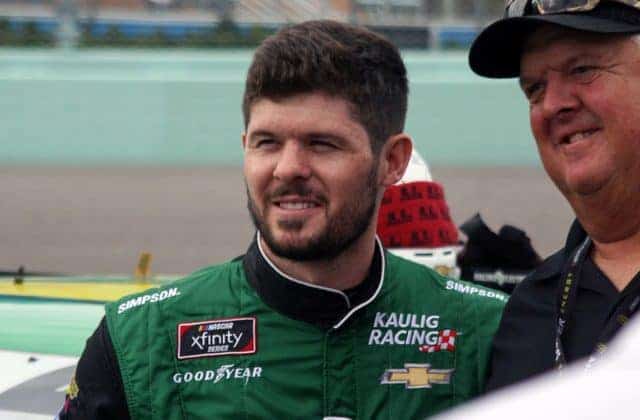 Two names that have recently been out of the Monster Energy NASCAR Cup Series will return at the 2019 Daytona 500: Ryan Truex and Tommy Baldwin Racing.

Truex and TBR are teaming up to field the No. 71 in the Monster Energy NASCAR Cup Series’ opening race of 2019, the team announced Wednesday (Jan. 16).

“I am very thankful to TBR and Tommy Baldwin for this opportunity and can’t wait to get to Daytona and back in a Monster Energy NASCAR Cup Series car,” Truex said in a team release. “The pressure is on to make it into the race, but Tommy is a true racer, and I know he will put everything into the car to give us a great shot.”

Added team owner Baldwin: “I’m excited to have Ryan back in a Tommy Baldwin Racing car. We had success at Daytona in the NASCAR Xfinity Series, in the past. I’ve known the Truex family a very long time, and it’s special that we’ll be able to compete in the Daytona 500 together, and hopefully more races as the year goes on. We are still in search of a primary sponsor that we’re hoping to put together in time to give TBR a great run this year!”

Sponsorship details for the entry have not yet been announced.

Truex and TBR have somewhat of a history together; they paired at the 2013 Xfinity Series race at Daytona International Speedway, finishing 31st.

In 2018, Truex ran the full Xfinity season for Kaulig Racing, scoring a top five and 11 top 10s en route to a 12th-place finish in points. He was replaced by Justin Haley for 2019, and his Daytona 500 ride marks the first driving announcement for Truex for 2019.

Is Martin putting up the money for Ryan to get a ride ! Can’t really find any reason any team would want Ryan driving their car in any series. Wasted space.

Somebody is always putting up the money so why should this be any different.

I can’t say I’ve paid any attention to RT, nor do I care whether he succeeds or fails, but that seems a bit much.