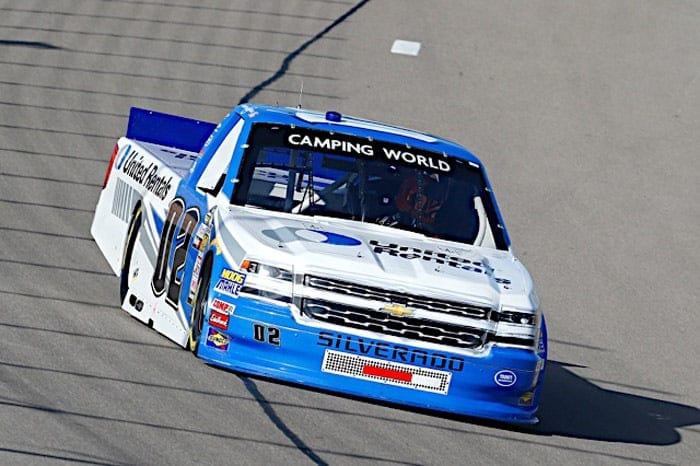 What seems to be the final piece of Young’s Motorsports’ puzzle for the 2019 NASCAR Gander Outdoors Truck Series is in place.

Tyler Dippel will drive the team’s No. 02, long its flagship, in the series, the organization announced Friday, Jan. 18.

Dippel moves up from the K&N Pro Series East, where he finished second in the 2018 standings despite missing the season’s final event.

“I am really excited to join Young’s Motorsports,” Dippel said in a team release. “It is an organization that keeps growing and building on its foundation.  Young’s Motorsports brings fast Chevrolet Silverados to the track each week, and I’m beyond excited to climb behind the wheel for the team.”

Dippel competed in five Truck Series events in 2018, including his series debut at Eldora Speedway with DGR-CROSLEY and the final four races of the season with GMS Racing. He scored an average finish of 14.6, with a best result of 13th at Eldora.

His crew chief will be Chad Kendrick, who assumed the role when Austin Hill drove for the team in 2018. Hill has since moved to Hattori Racing Enterprises for 2019.

Dippel joins teammates Gus Dean (No. 12) and Spencer Boyd (No. 20) at the organization. It’s the first time Young’s has fielded three full-time trucks; the No. 12 ran part-time in 2018.

“We are really looking forward to having Tyler Dippel this year,” team owner Tyler Young said. “He has really done a good job in the past and has taken care of his equipment with proven consistency on track.”