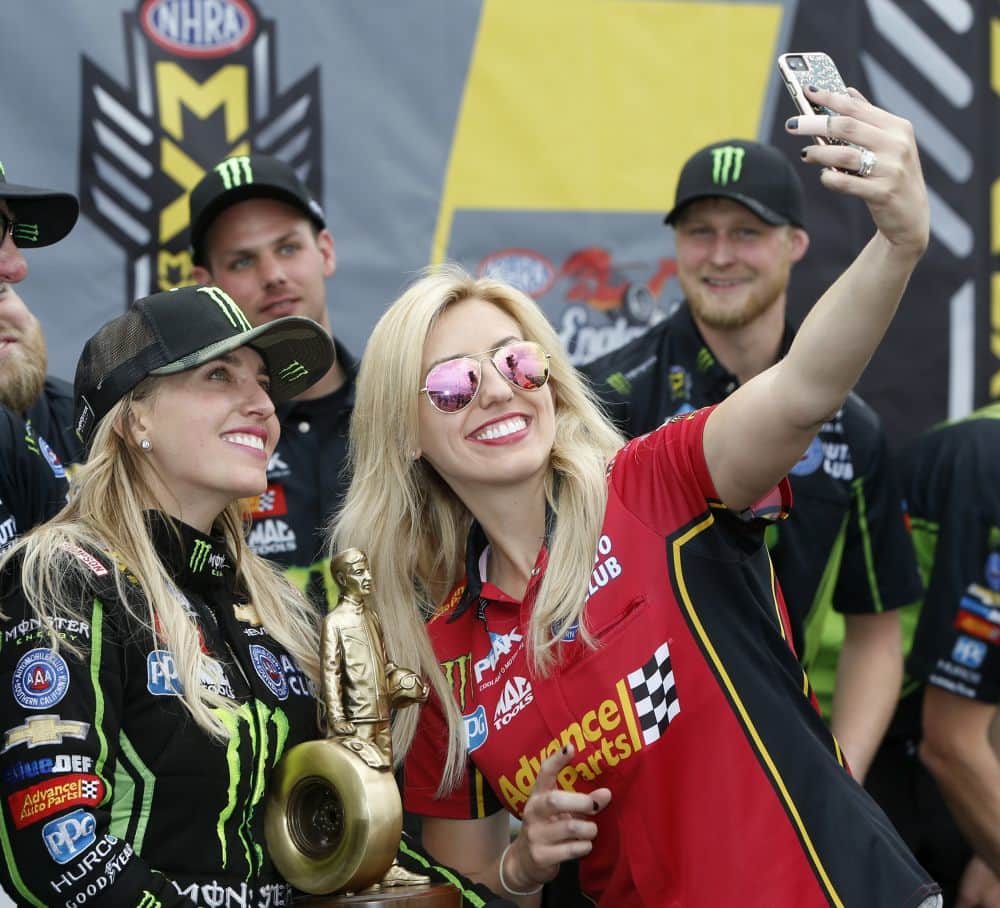 John Force Racing, one of the top-caliber organizations in the NHRA Mello Yello Drag Racing Series, announced Thursday morning (Jan. 24) that Courtney Force will be stepping out of the driver’s seat of her Chevrolet Camaro SS Funny Car.

“I will be stepping away from my driving duties, effective immediately,” Force said. “This was a personal choice as I feel I’m ready to see what the next chapter in my life has in store for me, while spending more time with family.

“I intend to remain involved in the industry I love and continue to work with a few select partners as I go forward in 2019. I am so thankful that I have had the opportunity to have such a successful career at John Force Racing and the privilege of working with so many incredible people while racing against competitors who pushed me to be a better driver.”

“I first have to thank my dad for encouraging me to live out my dream of being a Funny Car driver while getting to compete against him and learn from the best,” she said. “I want to thank my family and my husband for their support through the highs and lows and to my team for their undeniable will to win and for always keeping me motivated, confident and safe in my race car.”

Force competed against her father (and team owner), John Force, 29 times, winning 13 of those battles.

The youngest of the three Force sisters to get behind the wheel, she is married to NTT Data IndyCar Series driver Graham Rahal, who competes for Rahal Letterman Lanigan Racing. She did not say what she will be doing next.

For the 2019 season, JFR will field entries in Funny Car for the elder Force and Robert Hight, and in Top Fuel for Brittany Force.

The 2019 NHRA season kicks off with the Lucas Oil NHRA Winternationals in Pomona, California, on Feb. 7.