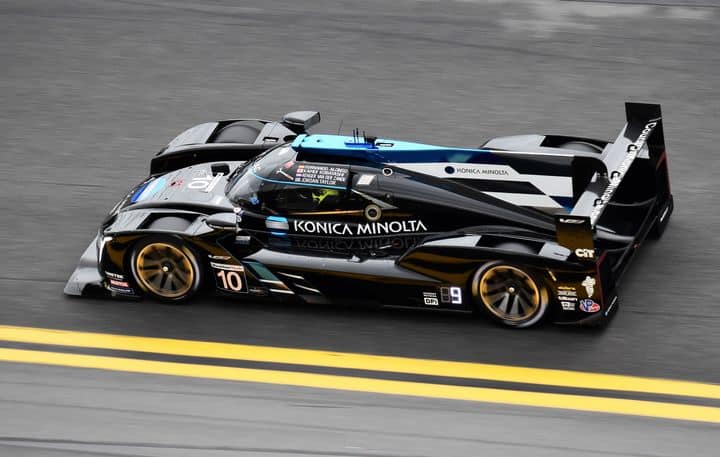 Wayne Taylor Racing announced Thursday (Jan. 24) at Daytona International Speedway that they have signed Matthieu Vaxivière to drive the team’s No. 10 Cadillac DPi-V.R. at the three remaining Michelin Endurance Cup races (Sebring, Watkins Glen and Road Atlanta).  The 24-year old French racer will replace Fernando Alonso and Kamui Kobayashi with the team.  Neither driver is being allowed by Toyota GAZOO Racing to compete with the team beyond Daytona.

“I’m so glad to join the Konica Minolta Cadillac team as a rookie in IMSA – it’s one of the best and iconic teams in the field,” Vaxivière stated in a press release.  “It means a lot to me. My meetings with Wayne Taylor have been absolutely fantastic. He’s such a down-to-earth and trusting person, with the big help of [Max] Angelelli. To drive alongside Jordan [Taylor] and Renger [van der Zande] will be a pleasure.  They gave me a warm welcome and made me feel at home. There is a big family atmosphere inside this really, really professional team. I love that and I’m going to do my best to show what I’m capable of. I also would like to thank R-Motorsport for releasing me to do these iconic races.”

Vaxivière comes to Wayne Taylor Racing after spending the last couple of years racing in both the FIA World Endurance Championship and the European Le Mans Series.  He currently drives an ORECA 07-Gibson in the WEC for TDS Racing.  The move will mean that Vaxivière will perform double-duty at Sebring since World Endurance Championship teams will contest the 1000 Miles of Sebring the day before the Mobil 1 12 Hours of Sebring.

In addition, Vaxivière is under contract with R-Motorsport, a team that races Aston Martin Vantage GT3s in the Blancpain GT Series.  He has obtained permission from the team to travel to the United States to contest the endurance races.  Of the three races that Vaxivière will contest, only Watkins Glen is a conflict.  It is the same weekend as the Blancpain GT World Challenge Europe (formerly Blancpain GT Series Sprint Cup) races at Misano in Italy.