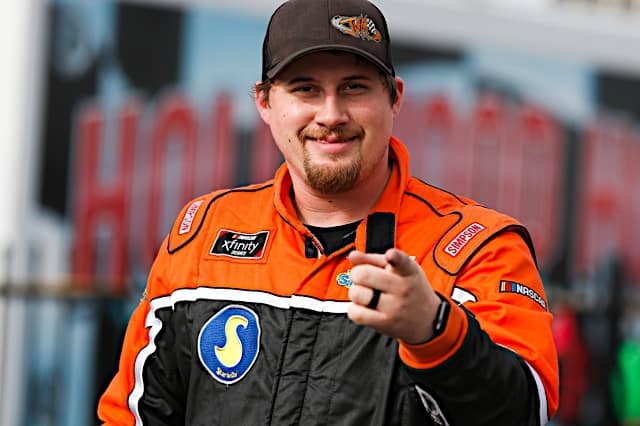 This will be Williams’ fourth consecutive season in the Xfinity Series and first as a full-time competitor, having made 30 starts across NASCAR’s lower two series over the last several years. 20 of those came last season in the team’s No. 90 entry.

Williams, a 25-year-old who hails from Port Charlotte, Fla., continues his partnership with team owner Mario Gosselin, having a best finish of 21st (twice) in 2018.

“I think this year is going to be good,” Williams told Speedsport. “I’ve got a good relationship with the team and we’ve got good chemistry as a group, so that’s always a big step in the right direction.”

Williams made more than 100 starts in the ARCA Racing Series presented by Menards, winning two races and finishing nearly half his events in the top 10.

The Feb. 16 race at Daytona International Speedway marks Williams’ debut, kicking off the season with one of the biggest races of the year. Gosselin and Williams hope to continue the momentum DGM Racing had at the end of 2018, with Gosselin serving as the driver’s crew chief for several 2019 events.

“I’m really looking forward to working with Josh in 2019; he is a lot of fun to work with,” Gosselin added. “We had some successes last year that we are looking to build on, and he is a great asset to the DGM Racing team.”

Williams hopes to tally some top-15 results during the upcoming season, having come close to finishing in the top 20 several times last year.

“We’re looking to creep up inside that front 15 this year; that’s something that we’ve got our eyes set on,” Williams said. “I feel like we’ve already improved a lot, both on the race track and as a group off of it, but we always want to try and run better.”

Alex Labbe drove the No. 36 for DGM in 2018. There’s currently no word on his status with the team.