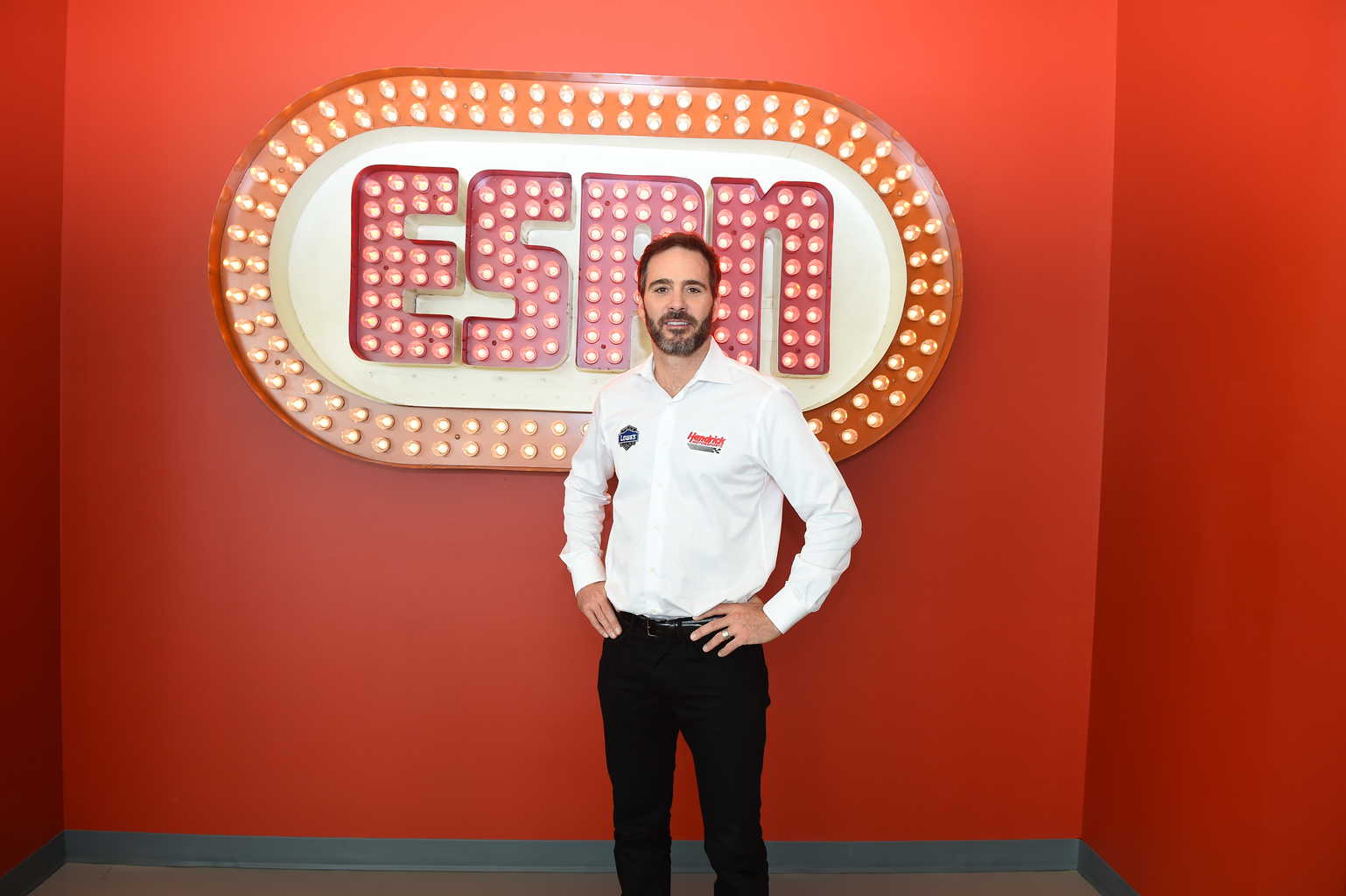 ESPN will not ditch its NASCAR coverage in 2019. The self-proclaimed Worldwide Leader in Sports, despite making several cuts to its motor sports staff, will be featuring NASCAR across all of its platforms.

“NASCAR coverage will continue to appear on ESPN platforms in 2019, including SportsCenter and ESPN.com,” a spokesperson for ESPN told Frontstretch via email. “We have a broad amount of resources to draw from.”

ESPN said Ryan McGee, a six-time George Cunningham Writer of the Year winner, will cover the Daytona 500 for both SportsCenter and ESPN.com.

Well-known NASCAR reporter Bob Pockrass announced he was parting ways with ESPN in December, with his contract running through the end of January. Pockrass had served as the company’s lead NASCAR writer since 2016.

Multiple motor sports reporters and editors, including Alan Bestwick, Dr. Jerry Punch, K. Lee Davis and John Oreovicz, were let go in 2017 as part of a restructuring initiative within the company.

Also out at ESPN is former driver Ricky Craven. Craven was with the network since 2008, most recently serving as a common face for NASCAR fans on SportsCenter. Both Pockrass and Craven have signed deals with Fox Sports.

On Monday (Jan. 28), Jayski.com, which is an ESPN partner, announced it was ceasing operations.

We didn't get to scoop our own news! :-) Thanks for 22+ great years. Today is the final day for https://t.co/N4QJEkXxpT. We appreciate all your support. It's been an honor to work for ESPN. We aren't sure what's next for us (Jay, Scott –@SLPAGE and, Amanda) but stay tuned.

The outlet will utilize other talent for its NASCAR coverage moving forward. Marty Smith, who has extensive experience covering NASCAR for ESPN since 2006, will likely continue to pop up to a few events each year and analyze the sport when needed, along with McGee.

Nicole Briscoe, a SportsCenter anchor, also has extensive NASCAR knowledge. She is married to IMSA racer Ryan Briscoe and served as a NASCAR reporter from 2008 to 2014.

Yeah what do you call shutting down Jayski then?

Since I don’t follow stick and ball team sports, I haven’t been an ESPN viewer for years…they just keep getting farther and farther from informed sports reporting and purging themselves of talent. The little I see of ESPN (mostly at the gym and sports bars is laughable. NBC Sports and FOX Sports do a much better job…even in areas they don’t broadcast.

As it is, Smith and McGee are basically there to be perpetuate Southern stereotypes and hardly do anything related to NASCAR.

I think the Jayski and Pockrass situations probably caused the bit of backlash that resulted in the hostage statement ESPN made to Frontstretch. (Side note: The ESPN Jayski site became increasingly hard to navigate in recent years compared to the original format. I would only go it to look for historical attendance and ratings data but it seemed there was pressure to hide or purge a lot of it, as it used to be easier to retrieve.)

I’m not at all certain that any of this was directly ESPN’s doing, though they must have been complicit. Have you checked out the “New” NASCAR site? Look familiar? It strikes me as a more than strange coincidence that site opens and the Jayski site is immediately closed. I’ve never owned a tinfoil hat and never promoted a conspiracy theory. Just pointing out the obvious here!
At RFF, we’re doing what we can. I’ve made a new page with known and trusted links to a large number of racing sites. Come to the site and consult the menu at the left for the Article Links Page. Sorry, but if I post the link to that, my whole post is under scrutiny.

Bill B
Reply to  ~PattyKay Lilley

Thank you and the folks at RFF for creating a page with links to racing sites. That is a very selfless thing to do for the fans.

Ok help me out here. What is RFF? How do I find it? Going to be lost here without Jayski.☹️

Sorry I can’t just post a link but FS doesn’t appreciate that.
RFF is a website.
If you go to the Jayski website (it’s still up just not being updated) and page down a little area with “Site Links Of Interest”. In that section you will see a link for “Article Links Page”. Click on that link and page down to the links posted on January 25, 2019. There are links to two articles from RFF (next to last at the bottom of Jan 25th articles).

Race Fans Forever
Click on my name and you’ll be magically swept there!

Already found you. Interesting place. Thanks.

ESPN will be worthless for NASCAR coverage without Jayski. When I saw the notice on Jayski yesterday I knew there was more to the story,,, politics and economics. The closure of Jayski is definitely the end of an era and further demonstrates just how dire NASCAR’s current situation really is. Whatever ESPN is trying to say to put a positive spin on this is most likely total BS.

Agreed, Bill. The hammer has been out for quite a while now, but this is the first nail that’s been driven into the coffin of Nascar as we know it. The sport will survive, but its going to look a lot different within a few short years.

Since all the other areas of Jayski – NFL, NBA, Soccer, etc are still working it’s difficult to draw but one conclusion. And I dont believe competition from another website is the answer.

What ESPN really meant… “Sure, we’re dedicated to continuing our coverage of Nascar… come to our website, and somewhere there will be a link to a link to a website where you can get relatively up-to-date information about who won the last cup race.”

Barney Visser is starting to look like a prophet…

… or. “Sure, we’re dedicated to continuing our coverage of NASCAR, right up to the point of committing any re$ources to do it”. LOL

Total BS as to ESPN providing anything close to full coverage. Without Jayski reportings, there will be nothing but a high level major story reporting only. I ve been loyal to ESPN up to now and moving on to FOX as my go to source. ESPN had some good hammer throwing on last week and I hear shuffleboard is next. Best of luck!

WHAT THE FLUCK??????????????? Jayski has been the foundation of culling print items about NASCAR before ESPN got the rights, if memory serves. A truly addictive avenue for a reader such as myself, and a wonderful opportunity for a writer or whatever I may not have heard of before to get a wide audience. A great, great melding of wonderful opinions and facts, and not so much facts…. all in one place! Why kill it? How much did it cost this BS company who went politically correct and insane years ago to run this website? I have strong opinions about ESPN and their current lord and master..and it is not good. But so goes the obvious in today’s politically correct, insane narrative. Folks better wake up..your country is at stake. Yup..even something seemingly as trivial as this..it goes to a bigger narrative. Wake up people. Wake up. And it does not have a thing to do with NASCAR and it’s “diminishing fan base”. How could it? A simple program pulling and giving exposure articles is a good thing. Hopefully a wealth such as JAYSKI will be found and continued. The sport needs it.

Not everyone can go to Facebook. I want no membership in that private club and they won’t let me in to sign the petition without it