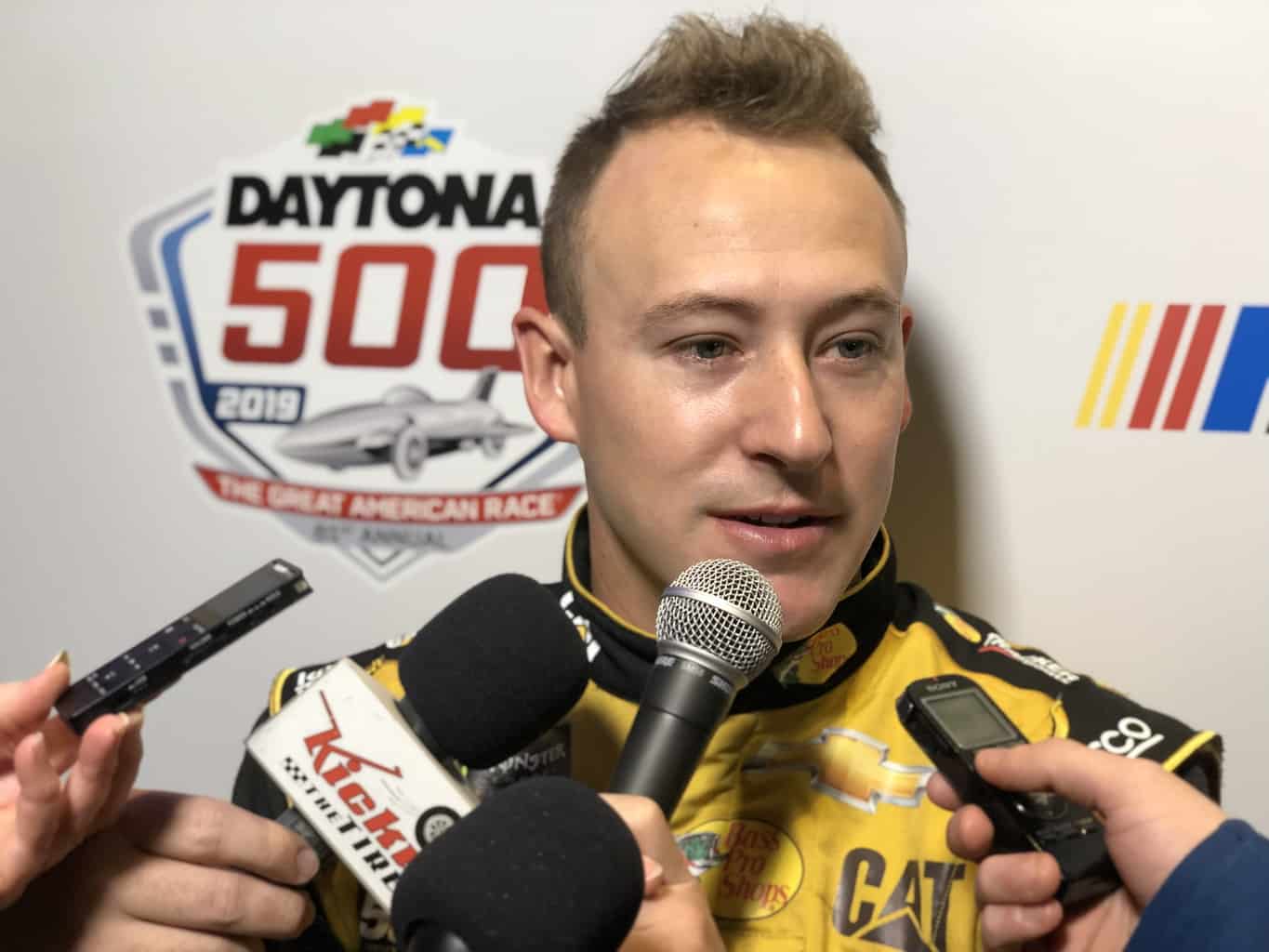 It’s odd for a NASCAR driver to have never won a race in either the Gander Outdoors Truck or Xfinity series before getting a full-time Monster Energy NASCAR Cup Series ride in elite equipment. However, Daniel Hemric has that rare opportunity in 2019 with Richard Childress Racing, driving the famed No. 8.

Hemric enters his rookie season with a combined 116 starts in the lower two series, posting 38 top-five and 69 top-10 finishes. He’s coming off a season in Xfinity where he posted 16 top fives and 23 top 10s.

Instead of frowning about the close calls, Hemric uses it as a positive.

“It’s motivation. Everyone wants to win races, that’s why we’re here,” Hemric said on Wednesday (Feb. 13) at Daytona 500 Media Day. “I think Richard Childress and all of our partners believe in me and that we can still do that. That’s why I’m here.

“I feel like if they truly didn’t believe that then they wouldn’t give me the opportunity. That in itself is motivation, along with the fact of not getting it done yet. The good thing is there’s another shot down the road.”

Hemric is replacing Ryan Newman at RCR while the veteran driver moves over to Roush Fenway Racing. Last season, Newman had his fewest top 10s in a season (nine) since 2008.

The majority of the people that worked on the No. 31 car with Newman stayed with the team to work with Hemric and the No. 8 Chevrolet. Leading the way is crew chief  Luke Lambert, who’s entering his seventh season as a full-time Cup crew chief.

Regardless, Hemric believes the team can win races, proving he’s worth the gamble and winning a NASCAR sanctioned race.

“For the most part, I feel like I put my best foot forward and gave it the best I had, just fell short for whatever reason,” Hemric said. “For whatever reason, the timing hasn’t worked out to put us in that spot. I think having success at every level and getting to the top three stages of our sport is what allows me to keep the confidence of when its meant to be, it’ll work out.”

Hemric joins defending Daytona 500 champion Austin Dillon as RCR’s leading drivers. Tyler Reddick will run the No. 31 in the 500, with the possibility of adding additional races later this season.

Reddick is leading the charge for the team’s Xfinity program, as it’s back scaled for a second consecutive season, now down to one team. Hemric is hoping there’s a possibility of running a second Xfinity car in some races, though nothing is set as of now.

“I would like to,” he said. “I think you need to be on the racetrack as much as you can. I just love to race. I’ll get in anything that they let me.”