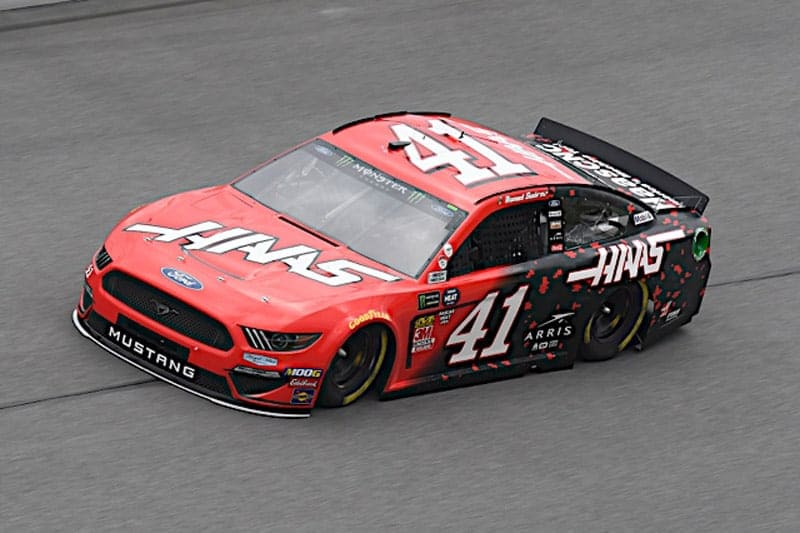 Daniel Suarez has yet to run a points-paying race with Stewart-Haas Racing, but he knew he needed “fresh air” and “fresh energy” for the 2019 Monster Energy NASCAR Cup Series season — and that working with SHR would grant him that.

Suarez, 27, competed his first two Cup seasons with Joe Gibbs Racing. But after a disappointing 2018 where he posted just nine top-10 finishes and also got booted from JGR, a fresh start was needed.

In early January, Suarez was announced as the driver of the No. 41 Ford for SHR. Last season, the No. 41 team won one race with Kurt Busch at Bristol Motor Speedway. The 2004 series champion posted a career-high 22 top-10 finishes before departing for Chip Ganassi Racing.

Patience will be a virtue in 2019 for the Mexico native.

“The reality is we have to be patient and know that we have to walk before we run, and that’s something extremely important for myself,” Suarez said. “We need to know that the results are going to get there, but we have to be patient and be smart. They’ve been nothing but great working with me and bringing that new fresh air and fresh energy, and I can tell you that I’m really excited for what the future is holding for us.”

Suarez admitted he expected to be at JGR longer than two years. After all, Toyota brought the driver to the United States in 2011, prior to winning the Xfinity Series championship in 2016.

But it was during his second Cup season (2018) when he knew that the “fresh start” was needed.

“The second year was extremely unstable,” Suarez said. “I was expecting things that I never got. Many different things we were planning on doing and never really did. A lot of changes, parts and pieces being moved around.

“Honestly, maybe six months ago I was pretty disappointed and down on things, but today I can tell you it was the best thing that could happen to me.”

Despite recording just 21 top 10s in 72 career Cup starts, Suarez didn’t lost confidence in himself when times were tough on the racetrack.

“I never forgot what I’m good at doing and what I can do,” he said. “In this sport, racing, people are extremely important. You need to have the right people, the right group, and you need to have people that actually trust yourself and that have your back. If you don’t have that combination of things, something has got to be missing.

“I would say for myself last year was a bad year, but we had good results. It’s not like I just remembered how to drive in those races. It was extremely inconsistent somehow, and we just couldn’t figure out the reasons. I feel like now, fresh air, fresh change, new people, new energy, it was something really good for me.”

Suarez posted the 20th quickest time in Sunday’s (Feb. 10) Daytona 500 qualifying, meaning the No. 41 car will roll off 10th in the second Gander RV Duel on Thursday (Feb. 14). In four career starts at the superspeedway, he has a best outing of 17th.

Never a better example of NASCAR and the buy a ride problem. Lots more talent in the back of the field than in the 41.