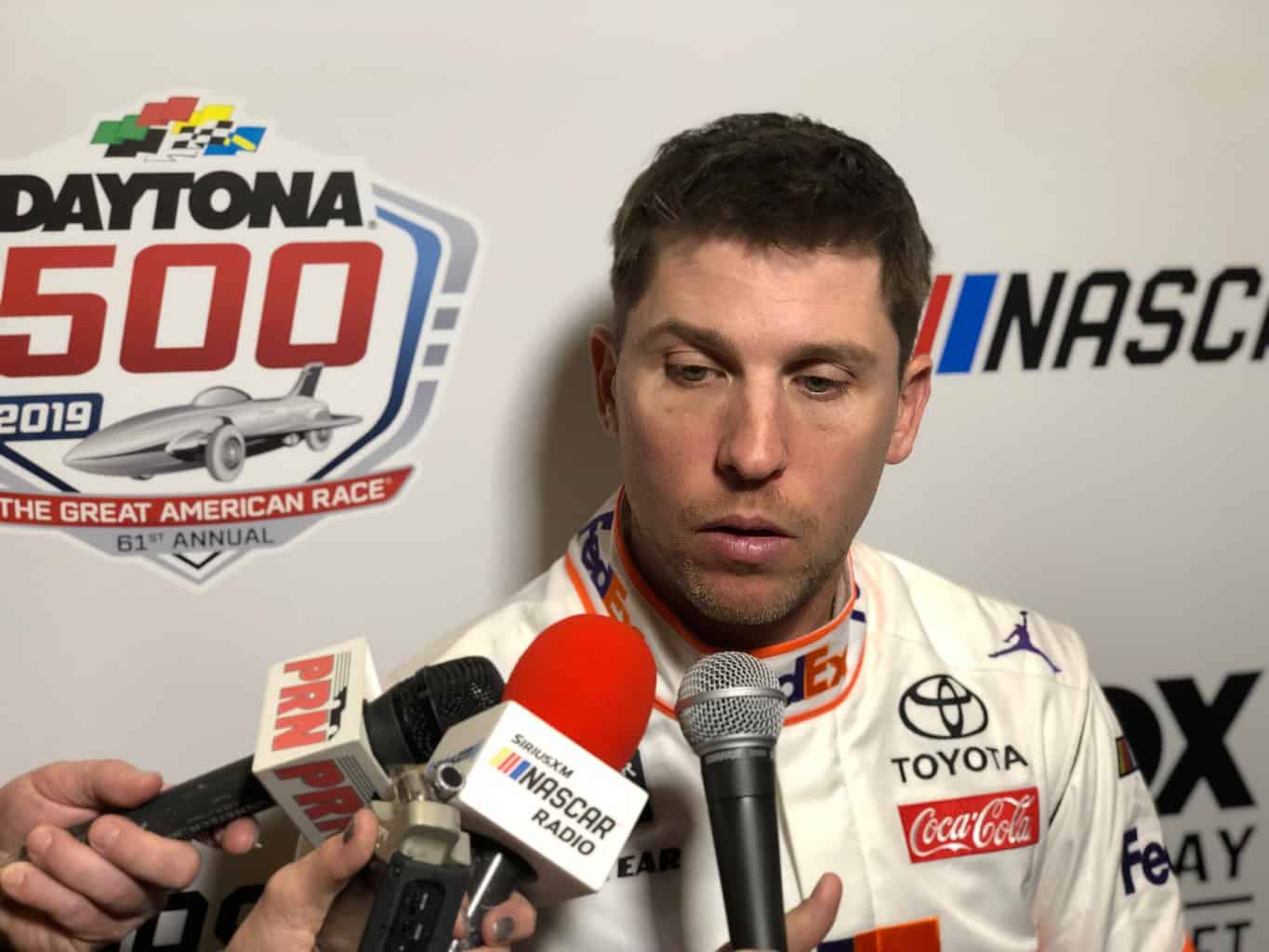 Denny Hamlin is looking to replicate his 2016 triumph and hoist the Harley J. Earl trophy for his second Daytona 500 victory. (Photo/Davey Segal)

The Chesterfield, Va., native failed to win a race at NASCAR’s top level for the first time in his full-time career (since 2006). Not winning a race in Joe Gibbs Racing equipment is an enormous disappointment. Hamlin wasn’t shy about his downturn in performance, either.

It was time for a change.

Despite Hamlin’s claim that Mike Wheeler would be his last crew chief of his career, the 2018 dismay forced a new shot-caller on the No. 11 Toyota. Enter Chris Gabehart, who’d spent the majority of his time in the Xfinity Series with JGR.

“Even for the drivers that are in new situations to start a year on a superspeedway where you’re not really having to fix the car much. It’s kind of more about the driver and how he strategically makes his way through the pack.”

Hamlin did his fair share of bobbing and weaving through the pack last year, only for bad luck to strike at inopportune times. But don’t get it twisted: he still has a chip on his shoulder.

“You always feel like you have something to prove, but certainly this year in particular,” he said. “I’m very fired up to go out there and win. Not one race, not two races, not even three – just like multiple races and show that we are a contender each and every week just like I know that we are.

“You can always talk about the ones that got away last year, but that was last year. So what, now what? We’ve got to figure out what we’re going to do to change the narrative of our team that we’re on the decline.”

Hamlin has won multiple races in seven years (including a career-high eight in 2010). He’s visited Victory Lane 31 times in his Cup career, so not making a trip with a checkered flag was a rare circumstance.

In 2019 though, there’s no looking in the rear-view mirror. It’s all out the windshield.

“I’m looking forward to this one more than looking back on the last one simply because there’s just nothing I can change from this past year,” he said. “I couldn’t help the bad breaks that we had or the things that went wrong. All you can do is just figure out how can that not happen again.

“With a new crew chief, you’re obviously also working on what do we need to do to communicate better? What do you need from me and what do I need from you, and that’s the most important thing that we really worked on.”

That’s all well and good in theory. But implementing that strategy to produce results and sustained performance is a different beast. A win in the season-opening Daytona 500 would go a long way toward a bounce-back season.

“The sooner you get it, obviously the better you’re going to put yourself in position to be able to take those risky moves in the middle of the summer,” Hamlin said. “I know winning early is very very important. You punch your ticket for the playoffs. Everything good happens when you win early, so it’s very important for us.”

There’s no bigger (and earlier) race to win other than the Daytona 500. If it ain’t broke, don’t fix it is the manta for driver No. 11 heading into Sunday in hopes of replicating his 2016 success in the Great American Race.

“I haven’t always been characterized as the most aggressive, but certainly know when to be aggressive when it’s needed,” he said. “Certainly, I think the strategic things that drivers are going to have to do to put themselves up front I feel like falls into what does it take to get up front here on superspeedways and that’s what I feel like I’m good at […] there’s no reason to think otherwise that we can’t win.”