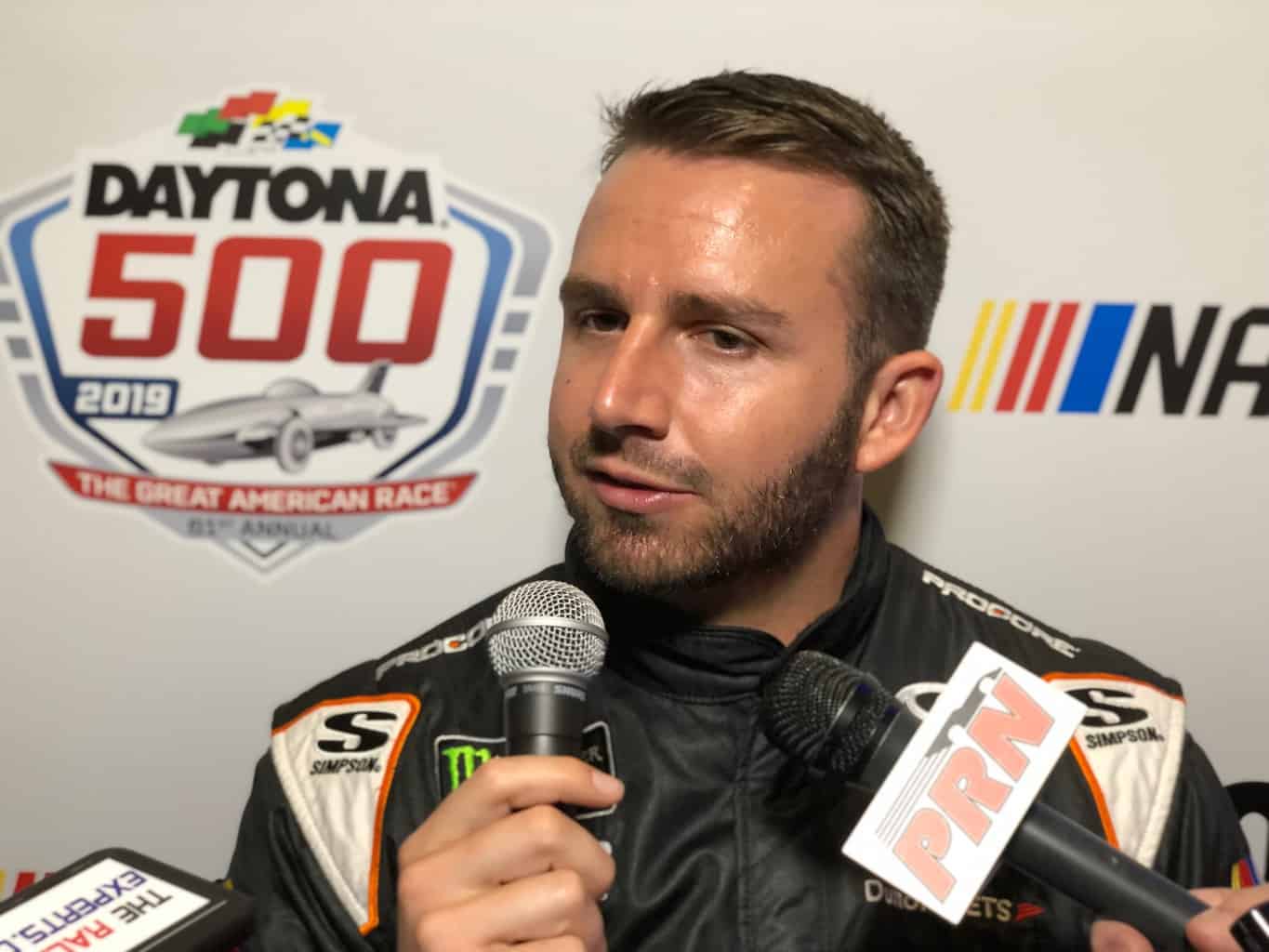 Matt DiBenedetto is back for 2019 where it all started: with Toyota. (Photo/Davey Segal)

Change is inevitable. In NASCAR, change is constant, normal and expected.

Matt DiBenedetto has been no stranger to change at the Cup Series level. BK Racing and Go FAS Racing have been the first two stops in a three-year span for the Grass Valley, California native. But 2019 brings on a new challenge and the best opportunity of his career: a move to Leavine-Family Racing and back with Toyota, the manufacturer that gave him his start in NASCAR back in 2009.

Not only that, but with Joe Gibbs Racing as well. DiBenedetto began his career with JGR as a development driver and thanks to LFR’s alliance with the four-car powerhouse, it’s like coming back home.

“It’s been a nice transition,” he said. “Toyota is kind of home for me. That’s where I got my start in NASCAR. (It’s) comfortable and good to be back working with some of the same folks there. New crew chief with Mike Wheeler coming over. Pretty incredible leadership with the team.”

Wheeler, who spent the last three seasons atop the pit box for Denny Hamlin, has made the switch to LFR in the offseason. It’s just another thing to add to the list of changes for “Guido.”

“Just a lot of relationship building throughout the year and we I think click very well. Very easygoing guy, super easy to work with. Smart, methodical, extremely detailed. Puts me to work, gives me a lot of homework. It’s good, I like how he works.”

The two have been in each other’s company many times this offseason, regularly chatting, grabbing dinner with each other’s families and talking about prospects for the season upcoming. More than any adjustment, though, DiBenedetto reflected on his short career already coming full circle.

“It’s crazy,” he said. “That’s why you never burn any bridges, always keep good relationships because look, who would’ve thought 9-10 years later I’m back with Toyota. Luckily I’ve maintained a great relationship with them, always felt really comfortable with them. The alliance with JGR, it’s weird.

“I walked into their shop a couple weeks ago and it was just weird, nine to 10 years later to be walking back into their shop. Glad to still have good relationships with all those people.

“I know that we all will make the most of it. It’s comforting having such good people like Wheels and those surrounding our team. You’re only as good as the people around you, so that’s what makes me feel good.”

There’s no doubt that 2019 is DiBenedetto’s best shot to run competitively in the Cup Series. He has one of the top crew chiefs in the garage, is aligned with a championship organization and, on paper, is a fringe playoff contender.

As for it being a make or break year? DiBenedetto says he’s been there, done that.

“Every year has been a make or break year and that’s how this sport is,” he said. “Especially my situation being a first generation guy without a ton of funding to bring with me. Every year, I’ve had (have all been) so important.

“This is a performance based sport. I have to do my job to the best of my ability. And I know I can do that, so as long as I keep doing what I’m doing, I feel like each year has been equally crucial to get me to this point.”

Despite having champions Kyle Busch, Martin Truex Jr., as well as Erik Jones and Hamlin to lean on, DiBenedetto doesn’t anticipate needing to. He’s got his man Wheels, and that’s all he thinks he needs.

“It’s nice to be able to lean on my Toyota teammates,” he said. “Those are definitely not some bad guys to lean on. It’s also neat that Wheels has a good in there and can get all the information necessary to maximize our stuff. Honestly I’ll lean on him as much as anything.”

Despite finishing 27th in last years Daytona 500, the driver of the No. 95 Toyota feels confident in his restrictor plate racing abilities. He’s done his homework.

“I feel like I’ve actually become a much better plate racer over the last couple years,” he said. “I had a lot to learn, went to work on it and really studied the guys that are very good at it. We’ve always put ourselves in position.

“Even though I’ve been in underfunded equipment, they may not have the speed of others, we still put ourselves in a position to have a shot at winning, a top five, top 10 in most of these things. Now to have better equipment, best opportunity I’ve had. There’s no reason we don’t have a real, legitimate shot at winning it.”

The Great American Race aside, there’ll be 35 more races for DiBenedetto to show what he’s got and flex his muscle (figuratively and literally. He’s a strong dude.)

“I think every year I have something to prove,” he said. “My career has been an unorthodox path I always say. I’ve had to always overachieve and this year every opportunity I get it’s time to show what we can do all together and we always together have a point to prove and it’s going to be fun to do it.”