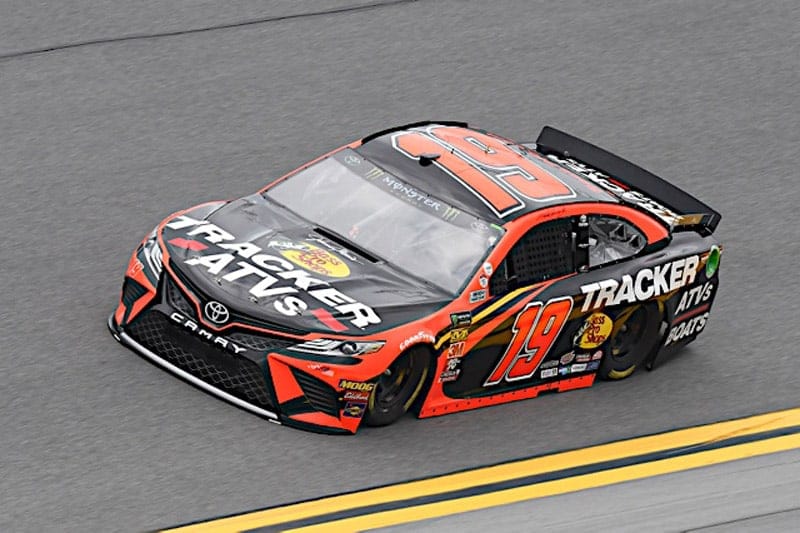 As NASCAR waves the green flag for the start of the 2019 season this weekend, there are so many aspects that are different about the sport. So many of them have to do with rules, the aero package and some big-name drivers in new rides.

Which of these factors though will affect the state of the sport this season? Will we see the best NASCAR has to offer in 2019?

There are several Cup drivers including past champions who have new rides for the 2019 season. Kurt Busch and Martin Truex Jr., two of the sport’s biggest stars, are both in new rides and very good rides at that. Busch moves to Chip Ganassi Racing while Truex moves to Joe Gibbs Racing.

Daniel Suarez is now the new driver of the No. 41 car for Stewart-Haas Racing. After a few disappointing seasons at Joe Gibbs Racing, is this the fresh start Suarez needs to prove himself in Cup? Is he the best candidate to have the best season in a new ride?

Q: Of all the changes over the offseason, which will have the biggest impact on the overall state of NASCAR this season? The aero package in Cup, new disqualification rules or something else? – Adam R., Salt Lake City, UT

A: The easy answer to this one is the on track product, meaning the new aero package that we will see this season. Even though we will not see it every single week, it does make up half of the races on the schedule and will give us a good idea once this season ends in November which direction the sport is headed.

NASCAR always thrived on pure, good racing on the track in its prime years. The racing was what made the sport so successful and with that came so many other successful aspects such as TV deals, sponsorships, etc. Unfortunately, we have seen a decline in the sport’s popularity the last few seasons and we are at a point where NASCAR needed to do something to bring back entertainment, but taking away some aspects of the racecars that many people loved.

Is that a bad thing in this day and age? Not completely, although what made NASCAR so unique in years past was it brought that excitement and entertainment through the racing with high horsepower and low downforce, something many fans and drivers always loved about the cars. There was close racing without having to make any major changes to the aero package through those years. Now that we have a package with 550 HP and high downforce and drag, this is an experiment NASCAR is believing will work and help to revive the sport.

The state of NASCAR right now is up in the air, making 2019 a very important year in the sport, for many reasons. We have already heard about a new generation of car coming in 2021, rumors of new manufacturers, and a shortening of a schedule which are all things that fans have wanted to see the last few years. President Steve Phelps has even said himself that they are hopeful that the sport can revive the popularity it once had many years ago.

Whether this package and the on track product will help is yet to be determined. Yes, we finally have disqualification rules which is something so many people within and outside the sport have wanted for very long, and it will keep teams on their toes.

Last season, the biggest change was the five-man pit stop rule and it took about five to six weeks for teams to return to the usual times we saw on pit stops. That’s not to say that the racing will be “back to normal” in that amount of time, but rather that the fast teams will still be fast. We will still see the best rise to the top. However, the racing will be much closer than it was before.

The 2019 NASCAR season is shaping up to be unpredictable, but that factor alone can make it one of the best. Nobody knows what to expect at Atlanta with the new aero rules, and we will all find out together. If there’s one thing for sure, it’s that everybody in NASCAR is doing all they can to help keep the sport on the map. This is going to be a good season and very fun to watch. We should all stay tuned from now all the way until November in Homestead-Miami.

Q: Which Monster Energy Cup driver in a new ride will have the best season? -Derek P., Kalamazoo, MI

A: My pick for the best season in a new ride is Suarez. I know we have former champions like Kurt Busch and Truex in new rides, but Suarez is due to breakout this year.

Busch and Truex should have very similar seasons to what they have had in recent years, earning a few wins and making the playoffs. Suarez, though, now in his third season in Cup, will break through and have a great season.

Now driving the No. 41 for SHR, Suarez is ready for a fresh start and a chance to prove himself. In his time with Joe Gibbs Racing, it is safe to say he did not meet expectations at all. Being thrown into the ride after Carl Edwards abruptly retired following the 2016 season, it was apparent to many that Suarez was not quite ready for the move up to the Cup Series, even after winning the Xfinity Series championship that year. Even with a few good runs here and there, he never earned results similar to that of his veteran teammates (Kyle Busch, Denny Hamlin, etc).

We have seen in the past what fresh starts do for a driver. Look at the defending champion Joey Logano, who was at Gibbs for his first four seasons and only scored two wins. His first came in a rain-shortened race in his rookie season in 2009 and the other at Pocono in 2012. He signed with Team Penske to drive the No. 22 in 2013 and broke through for several wins throughout the next few seasons, eventually leading up to a championship in 2018.

Suarez could see a similar turnaround in this move to SHR and he does have the potential and talent to make it happen. His impressive 2016 championship in the Xfinity Series proved to the world that he does have loads of talent and if given the right opportunity at the top level at the right time, he could succeed. The right time is right now. Look at Chase Elliott, the sport’s new Most Popular Driver. Last season was his third full year in the series and he earned his first three career victories and nearly made it to the Championship 4. A driver’s third season seems to be the year they start to feel like they belong in the series, especially when they have the amount of hype behind them that Suarez and Elliott have had.

SHR is arguably NASCAR’s current top team with three other drivers who can win on any given weekend, and now Suarez will show he’s the fourth driver that can do that. Kurt Busch had one of his best seasons in that car in 2018, and Suarez has that same crew that Busch nearly made the Championship 4 with.

There are many expectations for the young driver from Mexico. A lot of eyes will be on him starting this weekend at Daytona, and this could be the year. I am a firm believer that this is the year that he breaks through and wins a race, or a few. It will definitely be fun to watch him on track all season long.

If racing were better when cars had the aerodynamics of a brick, why is Nascar tweaking the aerodynamics of cars rather than trying to eliminate the aerodynamic sensitivity of cars?
With the new package, I guess we will see if frequent passing occurs after the first 2 or 3 laps after a start/restart, if cars are more stable in traffic, or if a car A can cause car B to spin just by car A being near car B.