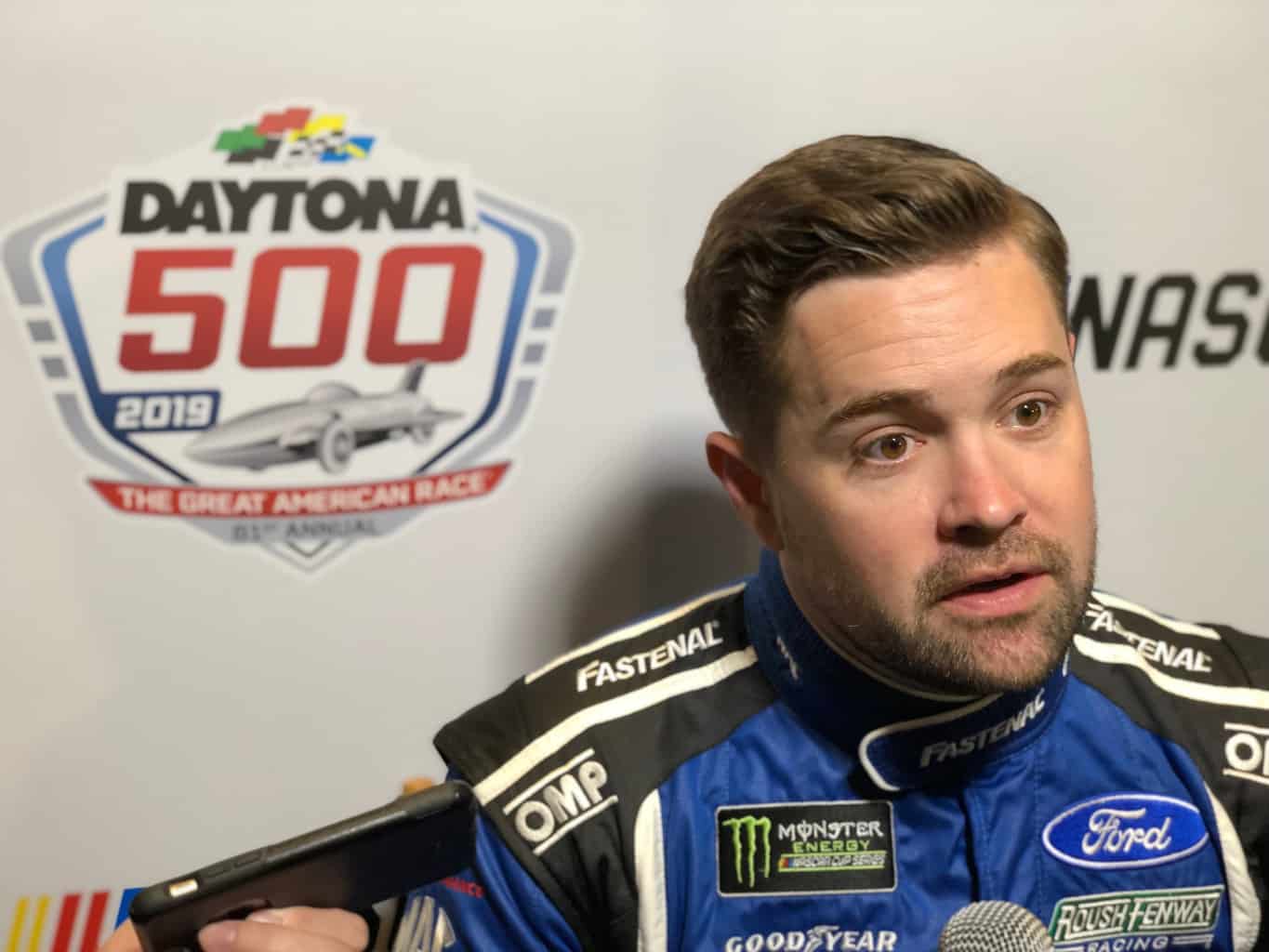 The driver of the No. 17 Ford for Roush Fenway Racing is here to deliver. Deliver a win in the Great American Race for the first time in his career and the first for RFR since Matt Kenseth in 2012. With his history on restrictor plate tracks, that seems more than achievable.

After winning at Daytona International Speedway in July and Talladega Superspeedway in 2017, the Olive Branch, Miss., native was, and still is, widely regarded as one of the top restrictor plate racers in the NASCAR garage. In order to maintain that reputation, aggressiveness needs to be ratcheted up.

That came to a head last season, when multiple of his competitors raised eyebrows at Stenhouse’s style and increased aggressiveness, triggering multi-car pileups.

“I could care less about what the perception from everyone else is,” Stenhouse said at Daytona 500 media day. “I’m gonna go out, run our race the way we normally run. I like our process, the aggressiveness that we have […] it doesn’t concern me (what other people think).

“For me, I look back at Daytona (in July) and feel like I for sure caused one of the wrecks running into the No. 18 (Kyle Busch), cutting it too close and being too aggressive at that time. Another one, just a traffic jam, being all jugged up at once created a crash but it wasn’t aggressiveness that caused that. That being said, I think our style will stay the same.”

Because of the Advance Auto Parts Clash being mostly single file, Stenhouse doesn’t have a good grasp on what his car will do in the draft at speed, but has confidence that his blue oval has as good of a chance as anybody at hoisting the Harley J. Earl trophy.

“I feel like we have a good opportunity,” he said. “We’ve drafted a little bit, not a lot. I’ll be interested to see once we get in the Duels how our Mustangs will be compared to the Fusions. But signs point to pretty good.”

Recent NASCAR Hall of Fame inductee and Stenhouse’s team owner, Jack Roush, is no stranger to Victory Lane at Daytona, specifically in the 500. But another checkered flag for the cat in the hat would be an incredible start to the 2019 campaign.

“It’d be huge (to get Roush a 500 victory),” he said with a smile. “To see him as excited as he was in 2017 when we won both races Talladega and Daytona, anytime you can add another 500 to the owners cabinet would mean a lot. We’re going on 11 years with Jack now, so it’d be cool to do that for him.”

With the elimination (for now) of the organization’s Xfinity Series program, all the focus will be on the two Cup organizations. Something that he thinks can only be a positive.

“This offseason, we last minute decided what direction we wanted to go with parts and pieces and chassis and it’s been nice to be able to still get the job done,” he said. “It seems like for us, we can generally start the season where we want to, but we can never really build on that.

“Then, we fall into a lull through the middle of the season. By the end of the season, we put a lot of pressure on ourselves, work really hard and get our speed back to where we started the year. We’ve got to continue good progress throughout the whole season. That’s what were looking to do, and having only two Cup cars will allow us to continue to do that.”

Stenhouse also has a new teammate in the form of Ryan Newman, the 2008 Daytona 500 winner, to welcome into the fold. The two have already been developing a new level of friendship as teammates, going to dinner together and attending dirt track races during Speedweeks.

“I enjoy Ryan,” he said. “Matt (Kenseth) did a really good job of pointing out out the weaknesses, but Ryan is in this thing for the long haul. I’m really looking forward to us continuing to turn the ship around. He’s got a lot of knowledge and he’s smart, but we have a real good relationship off the racetrack too.”

With change ongoing, racing on superspeedways has never been the exact same for Stenhouse. But from when he hit the high banks in the Cup Series in 2012, things have changed drastically.

“Speedway racing is just totally different now,” he said. “I think he biggest thing is track position. All of us drivers have learned so much. Brad (Keselowski), Joey (Logano), those guys are some of the best at keeping their cars at the front all race long and I feel like once you get back in the pack, you can’t make moves like that because there’s nowhere to go.

“When you get to the front, you’re doing everything you can to keep your track position. That’s all we talk about when we come down to Daytona. What pit strategy are we going to do to keep our track position? Getting on and off pit road as fast as we can, can’t have any penalties, and you’ve gotta stay at the front the whole race.”

…and that’s the problem…. he should.

At RP tracks you want other drivers to be willing to work with you not wanting to wreck you.

By the way Danny the phrase is “Could NOT care less”.