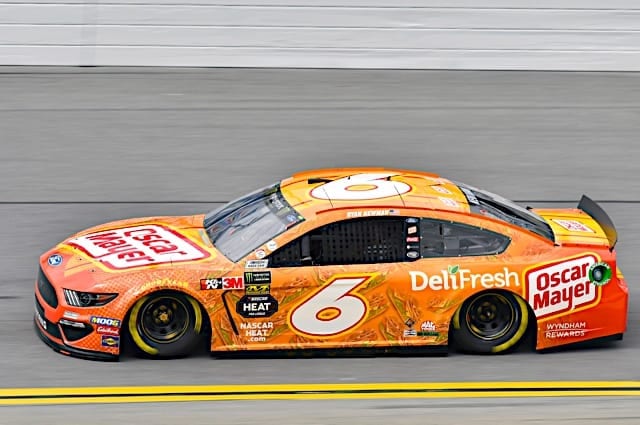 One of the biggest storylines of the NASCAR offseason was the new aerodynamic package NASCAR implemented for 22 of 36 races this Monster Energy NASCAR Cup Series season. With the drastic switch, Ryan Newman is hoping to put his engineering degree from Purdue University to work.

Newman, 41, is entering his 18th season as a Cup driver. However, it will be his first year with Roush Fenway Racing, replacing Matt Kenseth and Trevor Bayne, who split the No. 6 Ford in 2018.

The Boilermaker graduated from Purdue in 2001 while also racing on the side (he competed in 15 Xfinity Series races that same year). But as NASCAR has implemented a smaller tapered spacer to reduce engine horsepower to a target goal of 550 horsepower (from 750) and aero ducts to foster tighter racing on a majority of speedways measuring longer than one mile, Newman may have a slight advantage on the competition.

“Comparing it to what I had as a Chevrolet in an RCR [Richard Childress Racing] car or what I had with my experience back to the higher, higher downforce cars that we had at Stewart-Haas [Racing] in 2013, those things are things that Alex Bowman or Chase Elliott can’t talk about. Having that experience, I think, helps. In the end, I’m just the driver, but I have an engineering degree.”

Newman is coming off a season without a top-five finish for the first time in his MENCS career. He also had just nine top-10 finishes, his lowest total in a single season since 2008.

While engineering has recently become a key factor for crew chiefs, Newman is the lone driver to have an engineering degree. At the end of the day, teams that apply the right physics will be at the front of the field.

It’s a matter of getting the balance of those three things, or getting the best balance you can better than everyone else. That’s what it really comes down to. It helps having an engineering degree thinking about that, but that doesn’t mean you come up with a better answer.”

Newman picked up just one victory in his five-year stint with RCR, coming at ISM Raceway in the spring of 2017. RFR has just two victories since Carl Edwards departed from the team following the 2015 season.

17 years and that engineering degree from 18 years ago hasn’t done Newman much good. He was “given” rookie of the year over Jimmie because he could qualify well. But winning races are what should count, not qualifying. Jimmie won races, and 7 championship S and Ryan has won how many races in 17 years.