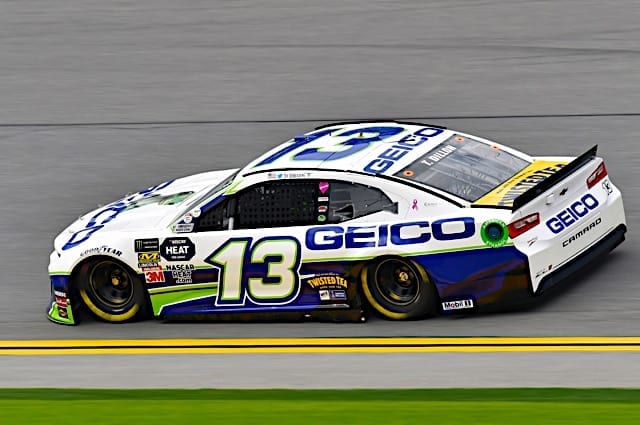 With the way Ty Dillon’s first two full Monster Energy NASCAR Cup Series seasons have gone, you’d think he was crazy to have his expectations set on winning in 2019.

But he’s not hiding his feelings — he’s here to make the playoffs in 2019.

Dillon, 26, is back with Germain Racing for a third consecutive season. In 2018, the No. 13 team couldn’t catch a break, though the North Carolina native broke through his first top-10 finish (sixth) at Daytona International Speedway last July.

As for the new season, Dillon expects to be good from the get-go.

“We don’t want to have the pressure of having to do anything, but we know that what we can accomplish. I think winning a race is very possible. There are opportunities all throughout the year. Even in my rookie season we had opportunities.”

In his first two seasons, Dillon has average finishes of 20.7 and 24.1, respectively. However, he believes the new aerodynamic rule package will bring his underfunded Germain team to the forefront, allowing him to compete for wins.

“I think this package suits me extremely well,” he said. “I’m an aggressive driver, and the couple of tests we’ve done with this package, early on in the runs, even though our car might not have had the best long-run speed, I’m able to do things that I couldn’t do last year with that package.

“We’ve got a little bit of work to do from the speed standpoint as far as the runs go on, but I think with our growing relationship with RCR [Richard Childress Racing], and now that our team has moved closer, we’re communicating very closely, and there’s no reason that we shouldn’t be far off of where the RCR cars are.”

Germain Racing, who’s had an alliance with RCR since 2014 when Casey Mears was the team’s driver (he’s running the Daytona 500 in a second Germain car), relocated to Welcome, N.C., over the offseason to be closer to the RCR shop.

Dillon believes that the move forces the team to communicate with RCR more. Rather than being over an hour drive away, now the team can have a part, engine, etc., in less than 10 minutes.

And he realizes the sacrifice the team members have made for the 2019 season.

Dillon said: “Our employees are so strong. I’m so proud of everyone who put in the work. A lot of these people’s drive from home to the shop is a lot longer. But when I’m at the shop, they’re all telling me this is going to work, this is going to work better. Yeah, the drive is frustrating, but we can already see improvement.”

However, the No. 13 car posted the 34th quickest time in Daytona 500 qualifying. That said, Dillon said to expect him to be better on Sunday (Feb. 17) in the Great American Race.

“We knew it wasn’t going to qualify well in single-car qualifying, but I think when we turn off the lights Thursday night you’ll see our No. 13 car back up front like usual on the superspeedway.”

Dillon rolls off 17th in the second Gander RV Duel on Thursday (Feb. 14).

why, is there a rule that gives third tier teams a 6 lap head start now?

A break out season probably means finishing closer to 20th than 30th.